The School Self-Defense Act would allow school staff to be armed on campus after undergoing active shooter training and routine drug testing. 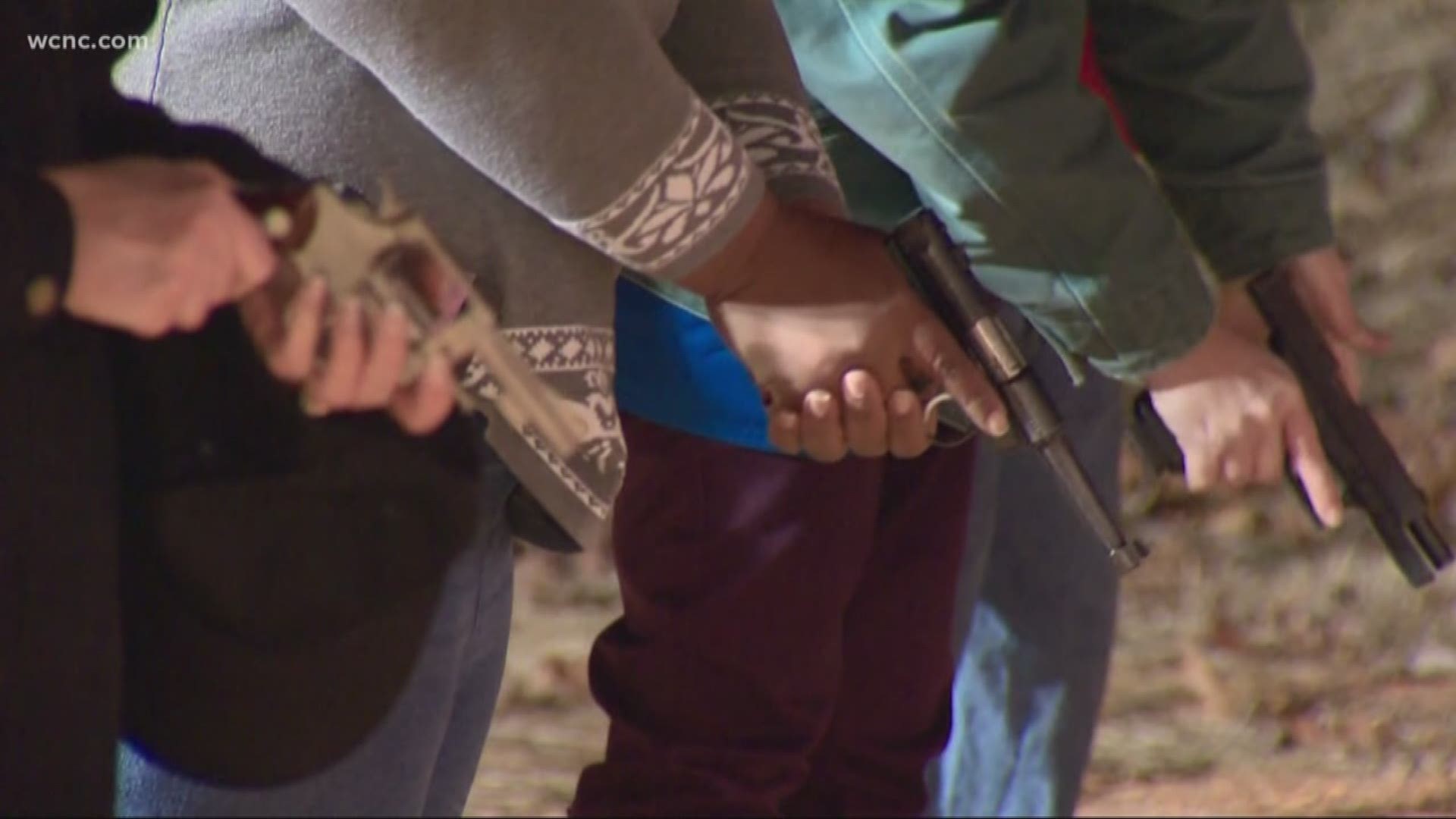 CHARLOTTE, N.C. — North Carolina is one step closer to allowing teachers to carry guns in schools.

The bill would allow school staff to be armed on campus as long as they undergo training and routine drug testing. It has sparked mixed reactions from both legislators and educators.

“We barely make a living wage, I don’t want to be asked to shoot a child," said Andy Pearsons, an 11th grade teacher at Olympic High School. “I know a lot of teachers but I don’t know any that would ever want to carry a gun in their classroom."

“I think it's a terrible idea," Pearsons said. "We don’t need a bunch of teachers running around with guns who don’t know what’s going on if they hear, 'lockdown, lockdown.'”

Supporters of the bill say allowing school staff to carry guns is the best first line of defense in case of a school shooting.

Representative Larry Pittman of Cabarrus County is one of the bill’s sponsors.

"I am sick and tired of students and school personnel being defenseless, sitting ducks for people who want to come into gun free zones and attack them," Pittman told NBC Charlotte in an emailed statement. "There are teachers who have concealed carry permits who are willing to get further training to be the first line of defense if necessary or the second line of defense if the SRO goes down. Their right to life dictates their right to self-defense. We are not talking about making anyone be armed if they do not wish to do so; but those who are willing and capable to defend themselves and the children while waiting for police to arrive have the right to do so, and that right should not be hindered or infringed."

RELATED: Why Trump’s idea to arm teachers may miss the mark

The bill would require any teachers who want to carry guns to go through annual drug testing and a minimum 16 hours of state-funded active shooter training.

The gun would also have to be remain concealed, except during acts of violence. Any teacher who wants to carry would have to get permission from school administrators every year.

Charlotte-Mecklenburg Schools Superintendent Dr. Clayton Wilcox made it clear he does not think allowing teachers to carry is a good idea.

“I think it confuses the situation for an officer who has to respond because who is the bad guy? Who is the good guy?” Wilcox said during a round table with CMPD Chief Kerr Putney last year.