"They’re dragging our kids down into the pit of hell trying to teach them that mess in our schools," Lt. Gov. Mark Robinson said. 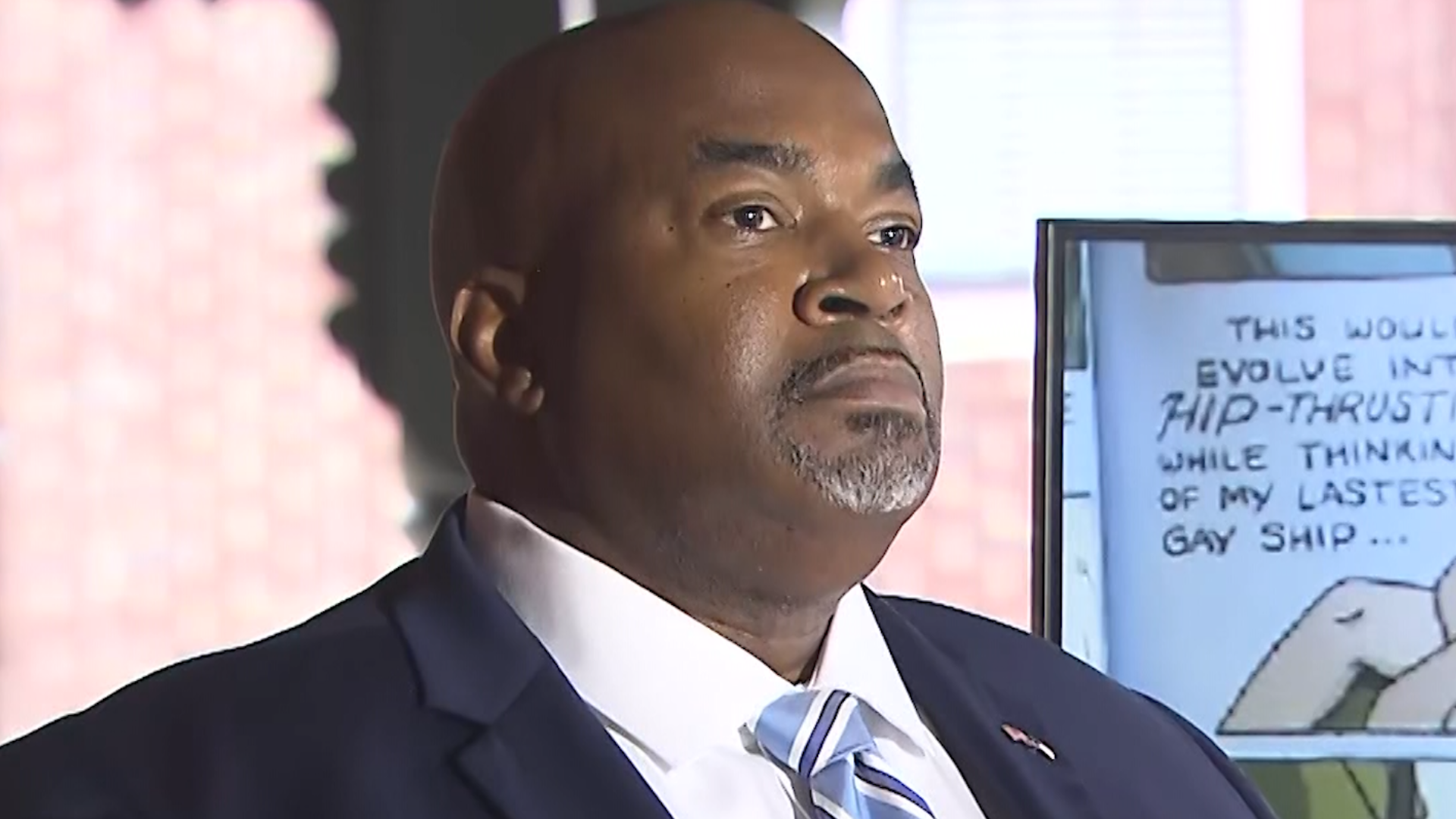 RALEIGH, N.C. — North Carolina Lt. Gov. Mark Robinson said Tuesday that he won't back down from trying to remove "highly sexual" material from North Carolina schools, despite attacks over his comments against the LGBTQ community.

Video of Robinson saying that transgender individuals are unholy came to light Tuesday. Other videos taken in recent months during church appearances also show Robinson referring to homosexuality as "filth."

"There is no reason anybody, anywhere in America should be telling any child about transgenderism, homosexuality or any of that filth," he said at Asbury Baptist Church in Seagrove. "And yes, I called it filth. And if you don't like it that I called it filth, come see me about it."

During his news conference Tuesday, Robinson stood in front of images from "Gender Queer," a graphic novel depicting sexual fantasies and behavior among its characters.

"The language I used to describe the 'filth' you see in those pictures is appropriate," he said.

Robinson is the state's highest-ranking executive officeholder. In North Carolina, the governor and lieutenant governor run on separate tickets. He came to office in 2021 after then-lieutenant Gov. Dan Forest failed in his bid to win the 2020 gubernatorial election against democrat incumbent Roy Cooper.

Ahead of his Tuesday news conference, Democratic lawmakers voiced their support for the LGBTQ community.

"Hate and name calling has no place in the public discourse," said Rep. Marcia Morey, D-Durham. "Just like the N-word is abhorrent, so is calling transgenderism and homosexuality as filth."

Lt. Gov. Mark Robinson says his religious beliefs about homosexuality are separate from his political office