Elected officials and RNC members are demanding Governor Roy Cooper tell them whether they can host the convention as planned this summer. 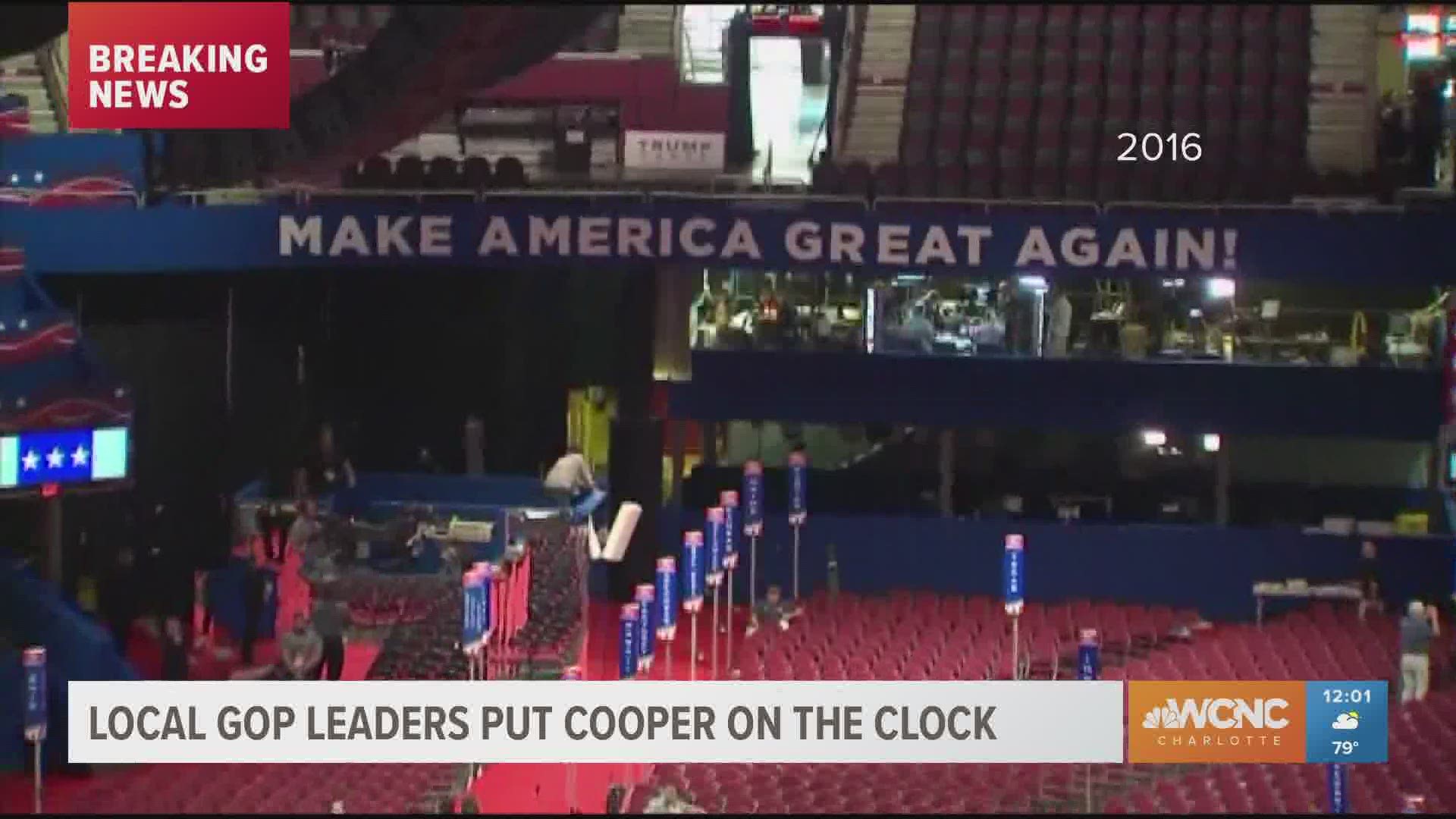 CHARLOTTE, N.C. — Charlotte-area Republican leaders are putting Governor Roy Cooper on the clock to make a decision on this summer's Republican National Convention.

During a press conference at Spectrum Center in uptown Charlotte Tuesday, U.S. representatives, RNC officials and other GOP leaders said Cooper has until Wednesday to tell them whether they can host the RNC in full.

They said they weren't speaking as Republicans or Democrats, but as people who are concerned about the business owners, workers and others in the community who stand to lose out on the potential millions of dollars in revenue from the convention.

And then there's the elephant in the room: this press conference was just steps away from where hundreds of people have marched through Charlotte protesting police brutality. When asked if Gov. Cooper might be a little distracted with more pressing issues, officials said they've been here for years waiting for this moment to host the RNC. With the convention only about 80 days away, if it moves, another city will need time to organize such a large-scale event.

RELATED: RNC to governor: We're looking to you to set the rules and requirements

The RNC says it remain committed to Charlotte and isn't considering any venues besides Spectrum Center at this time.

"We would like to have it here at the Hornets' nest," said RNC Co-Chair Glenn McCall. "It's a production. As you know, a convention is made for television. And we're going to invest millions of dollars in this facility, up to the standards we need and a production that we need to have for our delegates, for our president."

Ultimately, the RNC is talking about having 19,000 people in the arena for the convention and believe there's a way to do so safely. They say they're waiting for instructions from Cooper on how to pull it off.

Last week, Cooper said he's talked about multiple scenarios for the RNC, including a virtual or scaled-back convention; however, Tuesday's request was to have the event in full.