On Monday, President Trump said Governor Cooper needs to be able to guarantee the convention can happen with the full attendance originally planned. 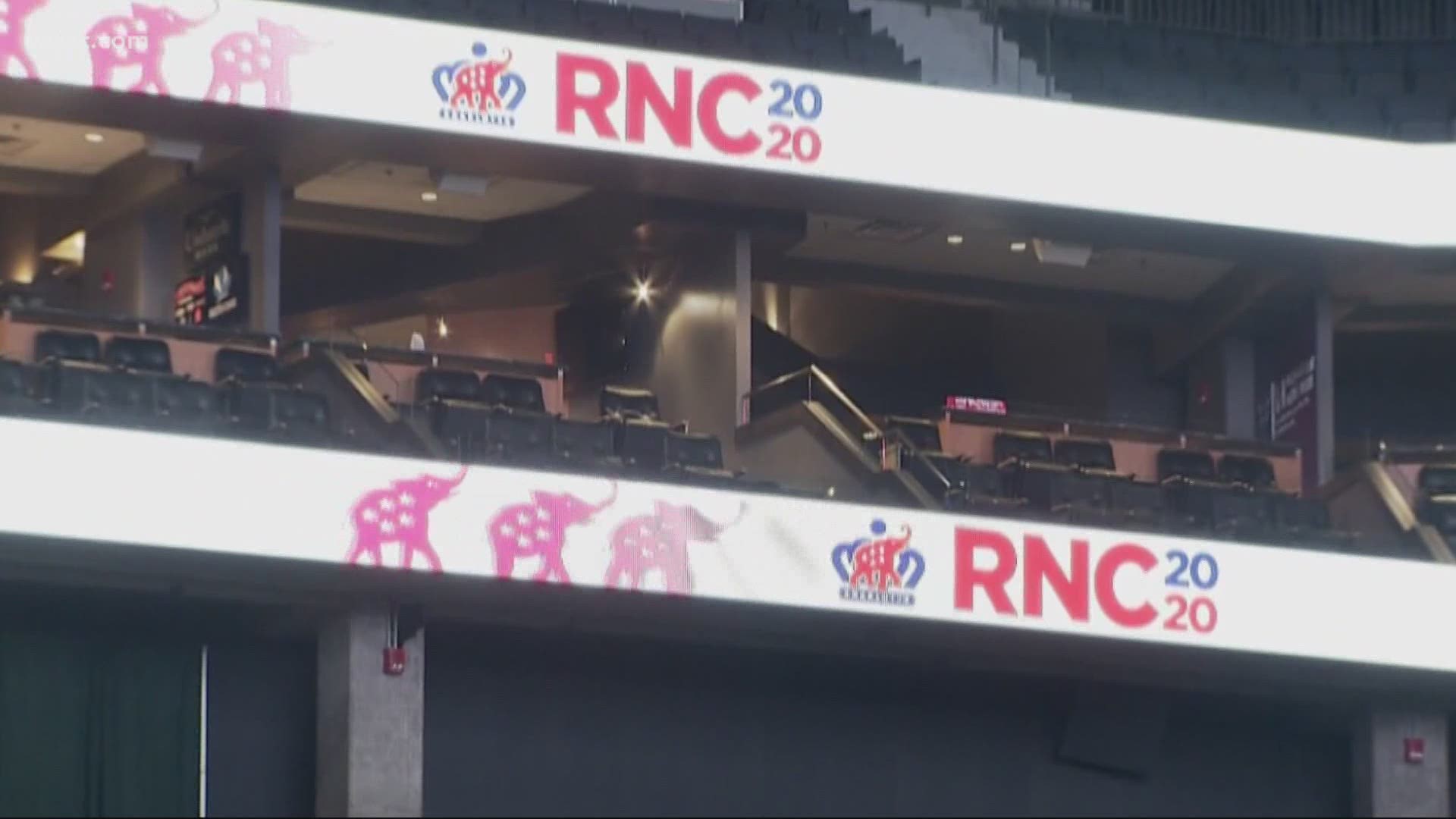 CHARLOTTE, N.C. — In a series of tweets Monday, President Donald Trump threatened to move the Republican National Convention out of Charlotte if North Carolina Governor Roy Cooper could not guarantee coronavirus restrictions would allow full attendance inside the arena.

On Monday, Trump said Governor Cooper needs to be able to guarantee the convention can happen with the full attendance originally planned.

"Unfortunately, Democrat Governor, Roy Cooper, is still in Shutdown mood & unable to guarantee that by August we will be allowed full attendance in the Arena," Trump tweeted. "In other words, we would be spending millions of dollars building the Arena to a very high standard without even knowing if the Democrat Governor would allow the Republican Party to fully occupy the space."

"We are not going to sacrifice the health and safety of North Carolinians. That's the bottom line," Cooper said in response to the tweets during a coronavirus news conference Tuesday. "[Republican National Convention organizers] know we are talking about a time that is three months from now. So we have to have options regarding how this convention is going to be run depending on where we are with the virus in August."

The Republican National Convention in Charlotte is less than 90 days away, and questions are mounting about what it will look like amid the coronavirus pandemic.

"It is important to have a written plan from you and your team as soon as possible for how you plan to approach the COVID-19 safety aspects of the convention. A written plan provides a necessary and valuable starting point to planning discussions with our public health teams at the county and state evolves," Cohen writes.

Cohen, who acknowledges President Trump's tweets, goes on to say, "It will be important to have several scenarios planned that can be deployed depending on the public health situation."

Contractually, could the RNC be moved?

WCNC Charlotte took the Republican National Convention contract with the City of Charlotte to an attorney to see what options could be on the table. We also wanted to know what the financial penalties would be if the convention was relocated.

The contract between the City of Charlotte, the RNC Host Committee, and others is 94 pages long. It was written years before the pandemic, therefore, there's not a pandemic clause.

However, city leaders have the power to enforce rules that could vastly change the way the RNC would operate, according to a legal evaluation of the contract by Chris Strianese, the managing partner at Strianese Hucker, LLP in Charlotte.

"I think the RNC will look a lot different this year," he said after looking over the document and noticing the authority given to city and state leaders.

In Section 4.2 of the contract, it states, "The Host Committee agrees that in no event shall authorized employees of the City be prevented from performing or carrying out their governmental functions and purposes... or responding to any public safety or security situation of the City."

"The contract specifically allows both the city and the county to respond to any public emergency situation or public health situation that may arise in the city," Strianese said as he interpreted the contract.

He argues the RNC could only go on as planned if two things were to happen.

"Number one is Governor Cooper revises his executive order to permit mass gatherings," he said, or the governor could grant the RNC a waiver, according to Strianese.

Currently, under Phase two, the RNC could go happen, but with only 10 people inside -- not counting presenters or broadcast staff.

That would be nowhere near the 20,000 people who were originally planning to pack the Spectrum Center.

"We would have to be in a situation where we are out of phase three," Strianese said for the Convention to go on as planned.

Another option: the City of Charlotte or the RNC Host Committee could choose to breach the contract. However, hefty financial penalties would likely take place.

The city could also face lawsuits from the RNC Host Committee to reimburse planning costs for the convention to take place in Charlotte, Stianese said.

However, the biggest punch to Charlotte if the city were to break the contract would be the economic hit to businesses, which have already taken a gut-punch during state and county shutdowns due to the pandemic.

"You have people in the hospitality industry who have been out of work and could really use this lifeline," he said.

If the RNC Host Committee, or Republican National Committee itself, were to break the contract, Stianese said they could be liable for part or all of the $5.5 million Spectrum arena licensing fee and any indemnified damages, such as money the city already spent to prepare for the RNC that it hasn't been reimbursed for.

RELATED: 2020 was supposed to be the 20th anniversary of Charlotte Pride. Coronavirus canceled the celebration.

Both Governor Cooper and Charlotte Mayor Vi Lyles responded in tweets, saying they both would rely on data and science to guide what rules would be in place to have a safe RNC.

"State health officials are working with the RNC and will review its plans as they make decisions about how to hold the convention in Charlotte," the governor said Monday. "North Carolina is relying on data and science to protect our state's public health and safety."

In a joint press release, the City of Charlotte and Mecklenburg County said guidelines for the RNC would be given in June.

Monitoring the numbers: How are NC's four key metrics trending?