Two RNC-related items on the council agenda drew heavy dialogue about how to host a mass gathering during a pandemic. 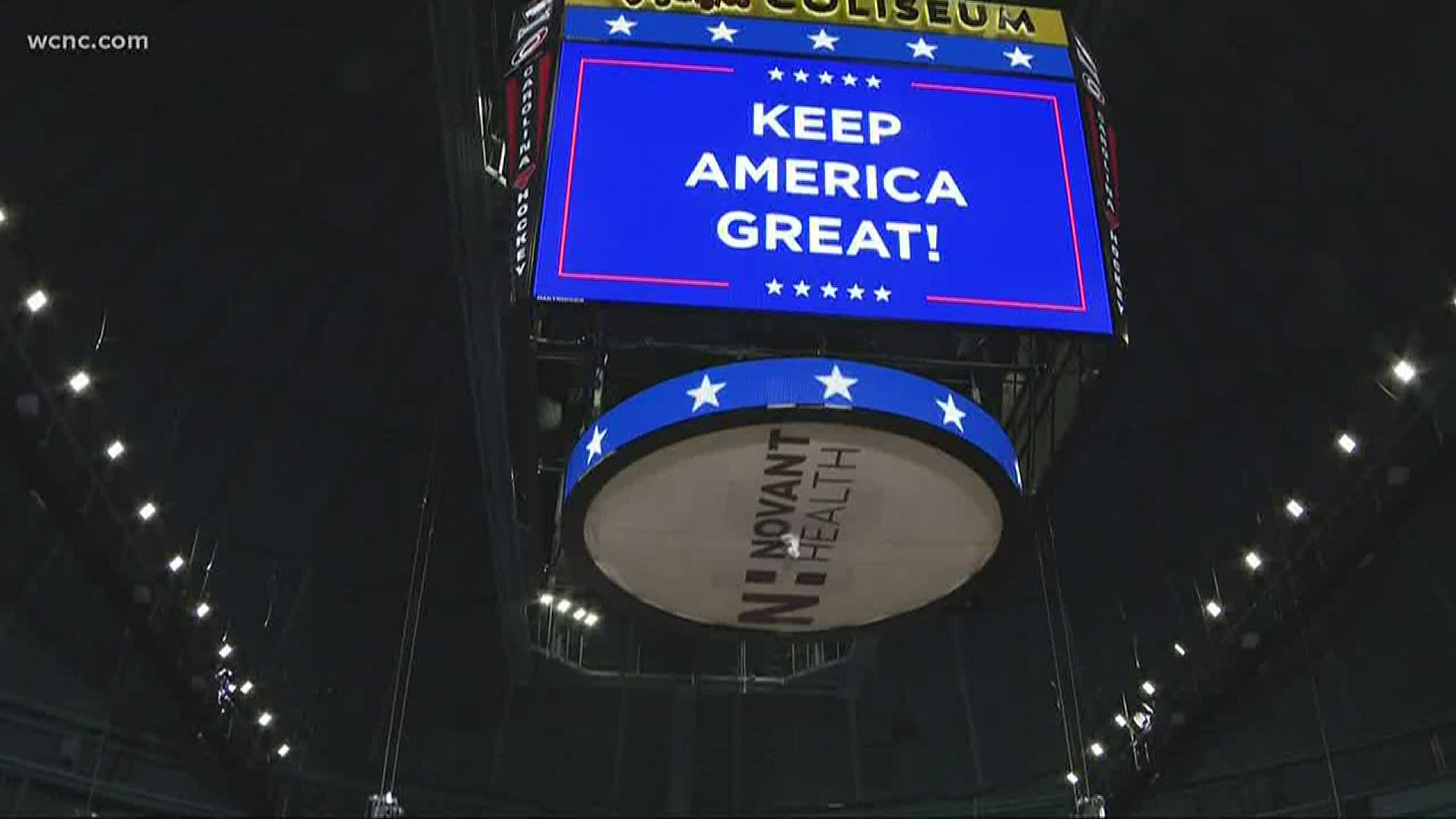 CHARLOTTE, N.C. — The decision was whether to accept federal funding for security-related costs for the Republican National Convention in August or find the tens of millions of dollars elsewhere. In the end, the City of Charlotte agreed to take the $50 million Department of Justice grant, but just barely.

It was a 6-5 vote, showing the divide in city council over the hosting of an event slated to bring 50,000 people to the Queen City during a pandemic.

While President Trump continues to assure the Aug. 24-27 convention is in good shape to happen and will take place, and the city is on the hook contractually to host, some on city council appear to be torn over the full-steam-ahead planning of the event.

RELATED: RNC is 'full steam ahead' despite COVID-19, organizers say

When questioned during Monday night's council meeting about how the city was planning to deploy its resources, CMPD Chief Kerr Putney responded that they were moving forward as if tens of thousands are still coming for the convention, but there were also alternate plans if the event changes shape as the COVID-19 landscape does.

"We need to stop this charade right now," said council member Braxton Winston. "We know--we know--it is not going to happen."

Winston continued on that the Republican National Committee was welcome to come to Charlotte to figure out how to conduct a virtual convention, but said the city would not be in a position to handle the social distancing, testing, and isolation/quarantine measures needed for such a mass gathering.

RELATED: Exclusive: Dr. Anthony Fauci on what needs to happen for Charlotte to safely host the RNC

"I think we have to be honest with our constituents," Winston said. "We will not be having mass gatherings of any sort -- whether they be political, entertainment-wise -- in late summer and for the foreseeable future."

When faced with the opposition against taking the funds, some pointed out that measure being voted upon was about fiscal responsibility, not about hosting the convention itself.

"A no-vote tonight does not cancel the convention," said council member Larken Egleston. "It does not somehow abdicate us of our financial responsibilities here. It, in fact, only further puts us on the hook with our own dollars to pay for the same things we could have paid for with federal dollars."

Also on the RNC-front Monday night, the council voted to give the city manager the ability to grant permits for gatherings like parades or protests on a "content-free" basis, like a lottery system.

Coronavirus wording was added to the language of the ordinance, but there are no specific coronavirus-related restrictions on gatherings spelled out in that ordinance.

Watch the full council discussion below or click here to watch.

You're watching the Charlotte City Council Virtual Public Forum & Business Meeting for April 27, 2020. Thanks for joining us! For more information please go to CharlotteNC.Gov

Posted by City of Charlotte Government on Monday, April 27, 2020