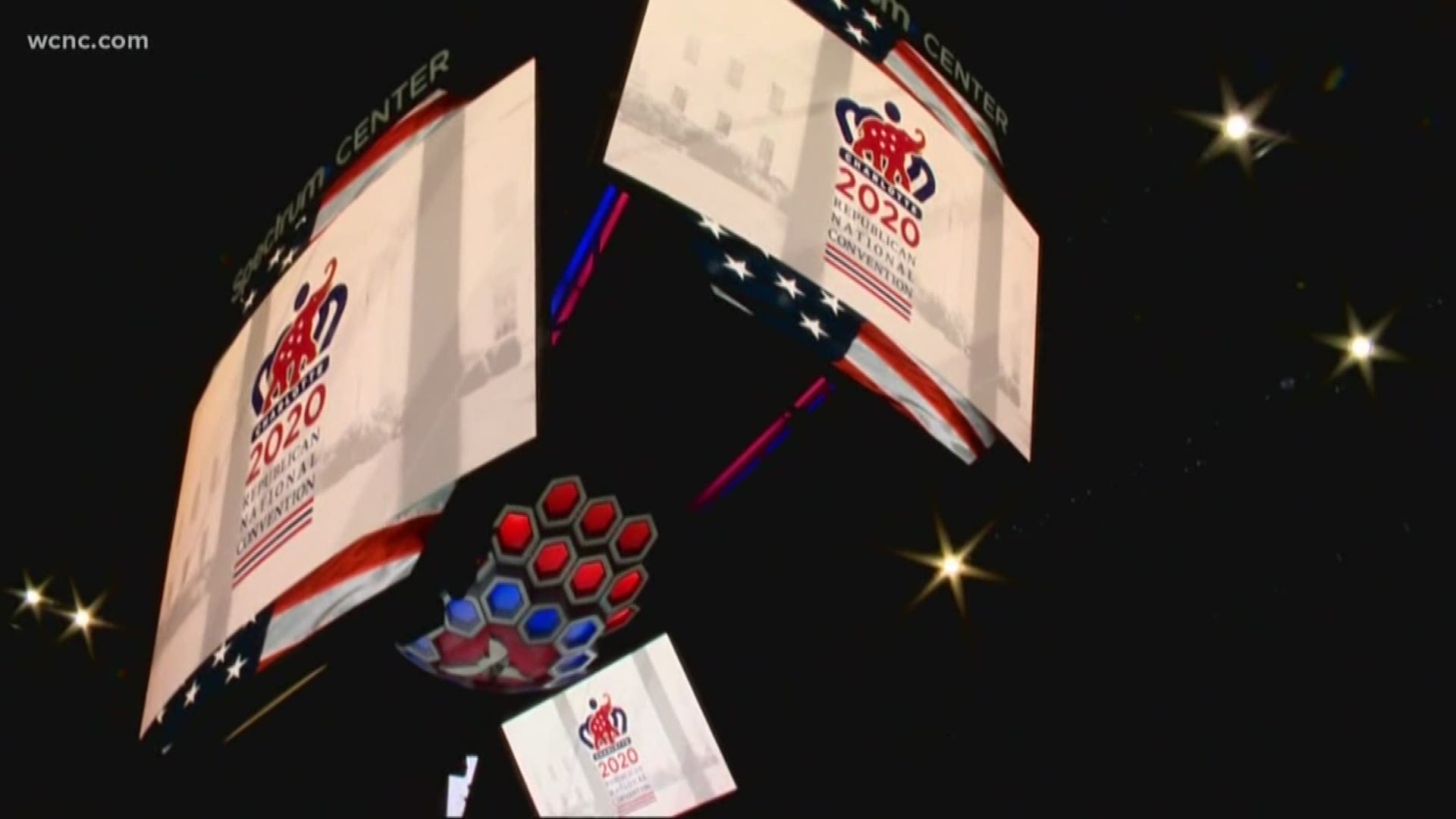 CHARLOTTE, N.C. — If your community has specific safety concerns ahead of the 2020 Republican National Convention in Charlotte, the Charlotte-Mecklenburg Police Department wants to hear from you.

"Communication is like the main thing that we need to do," Deputy Chief Gerald Smith said. "Some of the concerns that people have, we need to know what they are, so we can address them."

Lassiter took the first question, which focused on the Coronavirus. He gave no indication the convention is at risk, but said officials are listening to the advice of health care experts and monitoring the situation.

"We're going to make sure this city is safe for all the visitors and all the residents and we're going to pay attention as we roll into late summer," he said.

Sil Ganzó used her voice to advocate for Charlotte's immigrant hospitality workers who will work the convention. Gonzo, originally from Argentina, shared her experience driving past President Donald Trump's rally Monday in Charlotte.

"I drove through a sea of Trump supporters and I was inside my car and it felt intimidating," Gonzo said. "I had nothing to fear, but it felt scary. If I felt that way inside my car for half a mile, how are the workers going to feel for the entire week?"

"The sooner we start that conversation, the better," he said.

Murray said he feels confident the hospitality workers and police won't have an issue.

"If there is safety and security concerns, we have some of the best professionals in the world working for our organization CMPD," he said.

The chief also promised more communication in the coming months related to local protesters. The response came after an activist called out a need for the communication, so they too can prepare.

"Broadly, it starts in mid-Spring and that is intentional, because as it gets closer to the event, more and more people come in," the chief said. "We have a format about how we meet with people."

While protesters won't be able to get near the Spectrum Center, he said there will be "Free Speech Zones" and routes for those protesters to be seen.

Council member Egleston said the city will treat protesters similar to the way it did during the Democratic National Convention in 2012.

"How you prevent the pot from boiling over is you take the lid off of it and you allow some of that steam to rise," he said.

Police officials said it's still too early to identify which groups, including those with a history of violence, have sights set on Charlotte.

"As we get closer, we'll be able to tell who's coming," Deputy Chief Smith said. "Kind of like the family reunion, where everybody wants to come, but you just don't know until you get to a week or so who's actually going to make it."

Officials are also working to communicate with uptown businesses, residents and workers who will be impacted, so they'll know their opportunities and limitations.

"The city will remain open and free to everyone," Deputy Chief Smith said.

Lassiter said Charlotte-Douglas Airport is expecting 400 private aircraft during the week of the RNC.

"Those folks are all working for Fortune 500 companies," Lassiter said.

In addition, he said the farthest hotel for RNC business will be 11 miles from center city.

Lassiter said more than 10,000 people have signed up to volunteer during the convention. He said this will be the first convention where every volunteer will have to pass a background check.