Both Friday and Saturday night, the Charlotte-Mecklenburg Police Department used pepper spray on protesters and made multiple arrests. 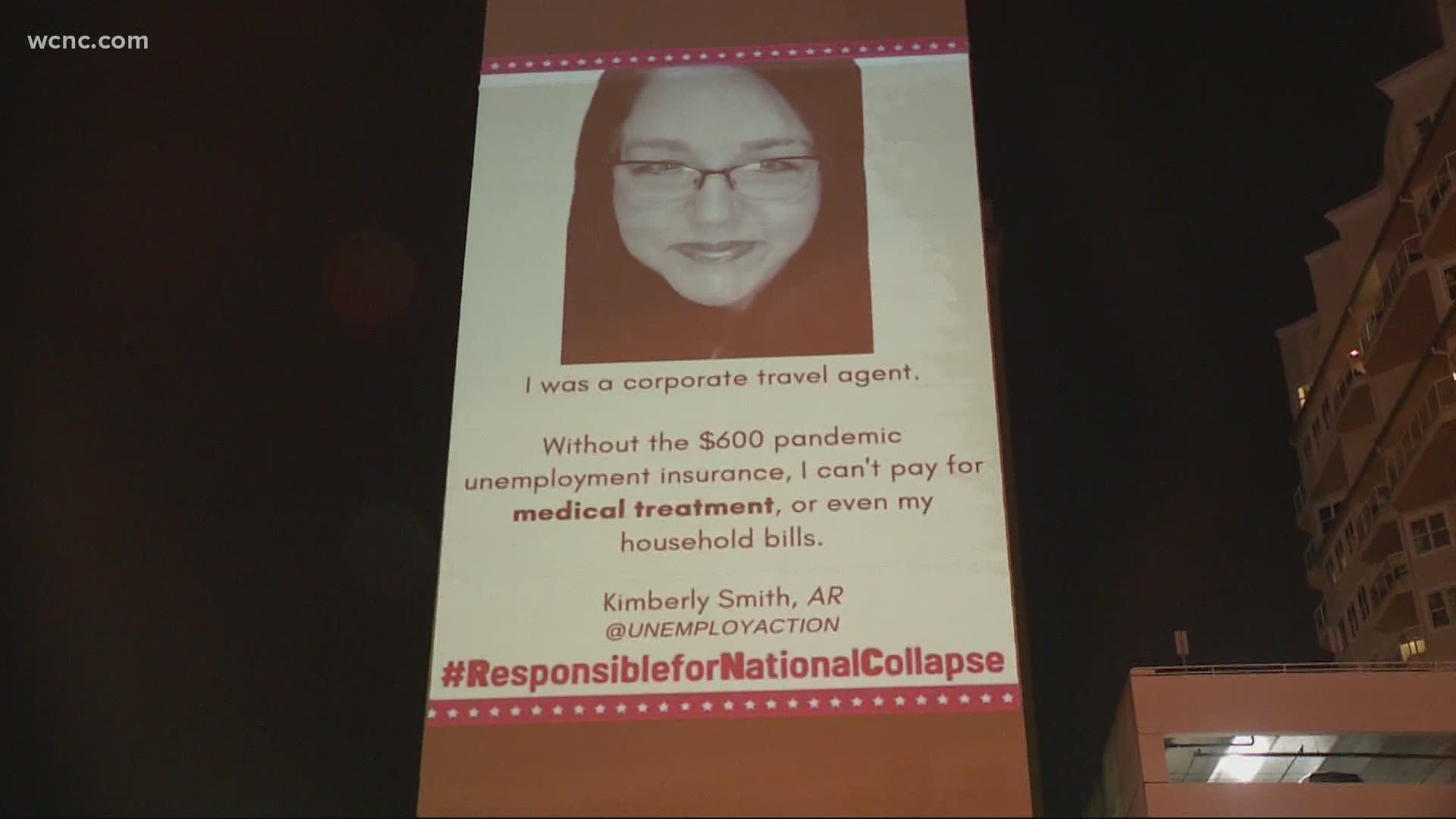 CHARLOTTE, N.C. — The Republican National Convention officially kicks off in Charlotte on Monday, and for the third consecutive night, protesters made their voices heard in uptown Charlotte.

Sunday night, protesters gathered in Marshall Park early in the evening with plans to head into the streets of uptown at 8:30 p.m. Charlotte Uprising posted on its Twitter account urging people to bring rain ponchos and umbrellas with them as rain was expected in the area.

Shortly before 10 p.m., a small group of protesters was moving through the streets of uptown Charlotte after dispersing from Marshall Park. WCNC Charlotte reporter Lexi Wilson noted a large group of CMPD officers was in the area in response.

There is a small group of protesters in the streets of #Uptown. A large group of CMPD officers are following them. #RNC2020 @wcnc pic.twitter.com/0dNqsNink2

CMPD said a slow driving vehicle in the area was later "surrounded by demonstrators and prevented from leaving." When officers attempted to intervene, CMPD said they were assaulted by protesters. CMPD has not released any footage of this incident at this time.

Just before midnight, officers made three arrests.  Wilfred Nagbe was wanted for felony assault by strangulation.  Officers recognized him and made an arrest without incident.  Shortly after, Josselyn Farrior was arrested and charged with assault on an officer.  Victor Richardson was arrested and charged with larceny for stealing a police bicycle.  The bike has since been recovered.

Demonstrators continue to march through Uptown. They are continuing to move barricades, construction cones and trash cans to block roads and impede traffic.

Around 12:30 a.m., police say protesters returned to the Black Lives Matter mural and moved street barricades to the middle of the intersections of South College Street and East. 4th Street.   According to police, protesters completely blocked traffic in that area and stopped C.A.T.S buses from leaving the Transit Center.

Officers said as they tried to separate protesters from traffic, they were pushed.  CMPD used pepper spray at that point.

Authorities arrested Kaki Metcalfe and Julia Grainger for resisting/delaying/obstructing a public officer.  Grainger was also charged with assault on an officer.

Five officers were treated by Medic due to pepper spray exposure during the protests.  CMPD said one of those officers had to be transported to the hospital for treatment but has non life-threatening injuries.

Unemployed Action is a movement of 15,000 workers who lost their jobs due to the COVID-19 pandemic.

Those in the group claim their lives have been devastated by the GOP's response to the pandemic. WCNC Charlotte spoke to one woman who lost her job and said change needs to happen, starting with the ballot.

"How do you say to your child, 'Hey we're out of money and I've applied for jobs,'" Constance Appleby said. "We're not lazy, we're not begging, we're saying help us."

The group plans to project massive images outside the convention center on South Tryon Street showing faces of some of the millions of Americans who lost their jobs during the pandemic. The projections will appear from 9 p.m. to midnight, according to the group.

This will be up and running till midnight. Organizers tell me they want delegates to see their message. #RNC2020 pic.twitter.com/RJi9qAKm0L

RELATED: 'There was a great potential' | Charlotte business owners speak out on scaled-down RNC

Both Friday and Saturday night, the Charlotte-Mecklenburg Police Department made multiple arrests and used pepper spray on protesters.

When asked on Twitter if the department would release body camera footage from the recent protests and arrests, CMPD said footage has to be petitioned by a superior court judge in order to be released.