If passed, the bill would require metal detectors at the "primary entrances" of every public school in South Carolina. 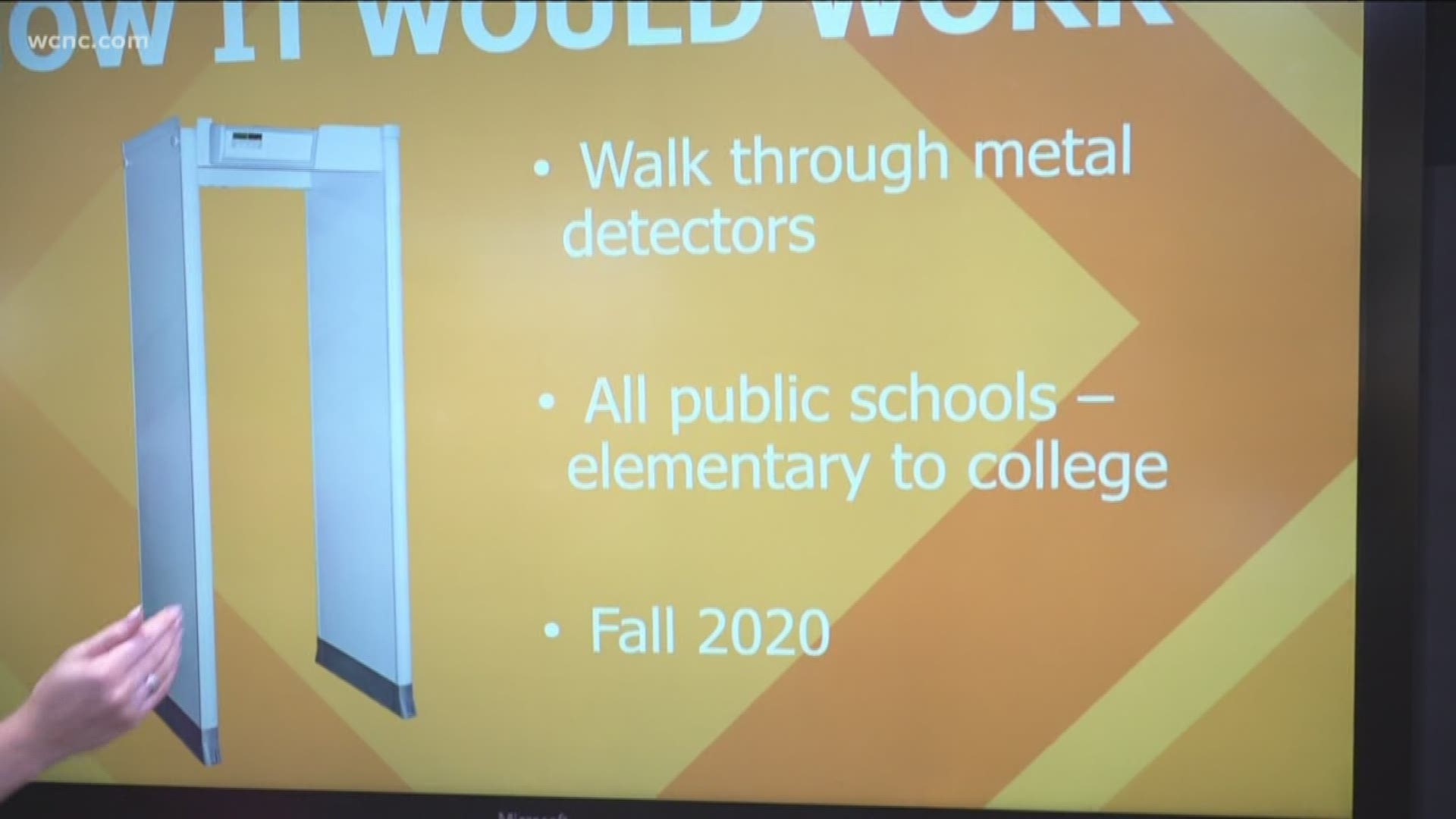 CHARLOTTE, N.C. — A South Carolina lawmaker has introduced a bill that would require metal detectors be placed in every public school in the state.

Rep. Wendell Gilliard, a Democrat from Charleston County, filed a bill that would place metal detectors at the primary entrance of every public school from elementary schools to colleges. The detectors would be located at the school's main entrance, as well as the gym and football stadiums.

According to the South Carolina Department of Education, there were 4,131 weapons offenses at schools that resulted in suspensions, 363 of which involved a gun.

The bill has been filed to the South Carolina House and referred to the House Education Committee.

Currently, Chesterfield and Lancaster counties have metal detectors installed at some schools. Lancaster County has detectors at every high school in the district with two mobile units that are placed in random schools as needed.

Chesterfield County added metal detectors to all seven middle and high schools. They were paid for by a fundraiser held by the sheriff's office.

"It's heartbreaking to know these things are happening throughout the United States and even here in South Carolina,” Sheriff James Dixon said.

"Safety is the priority and the reality is that students can't learn until they have a strong sense of feeling safe. Safety will always be at the forefront of everything that we do,” said Chan Anderson, Assistant Superintendent.