The vote was 5-3 against the motion to amend the ordinance. 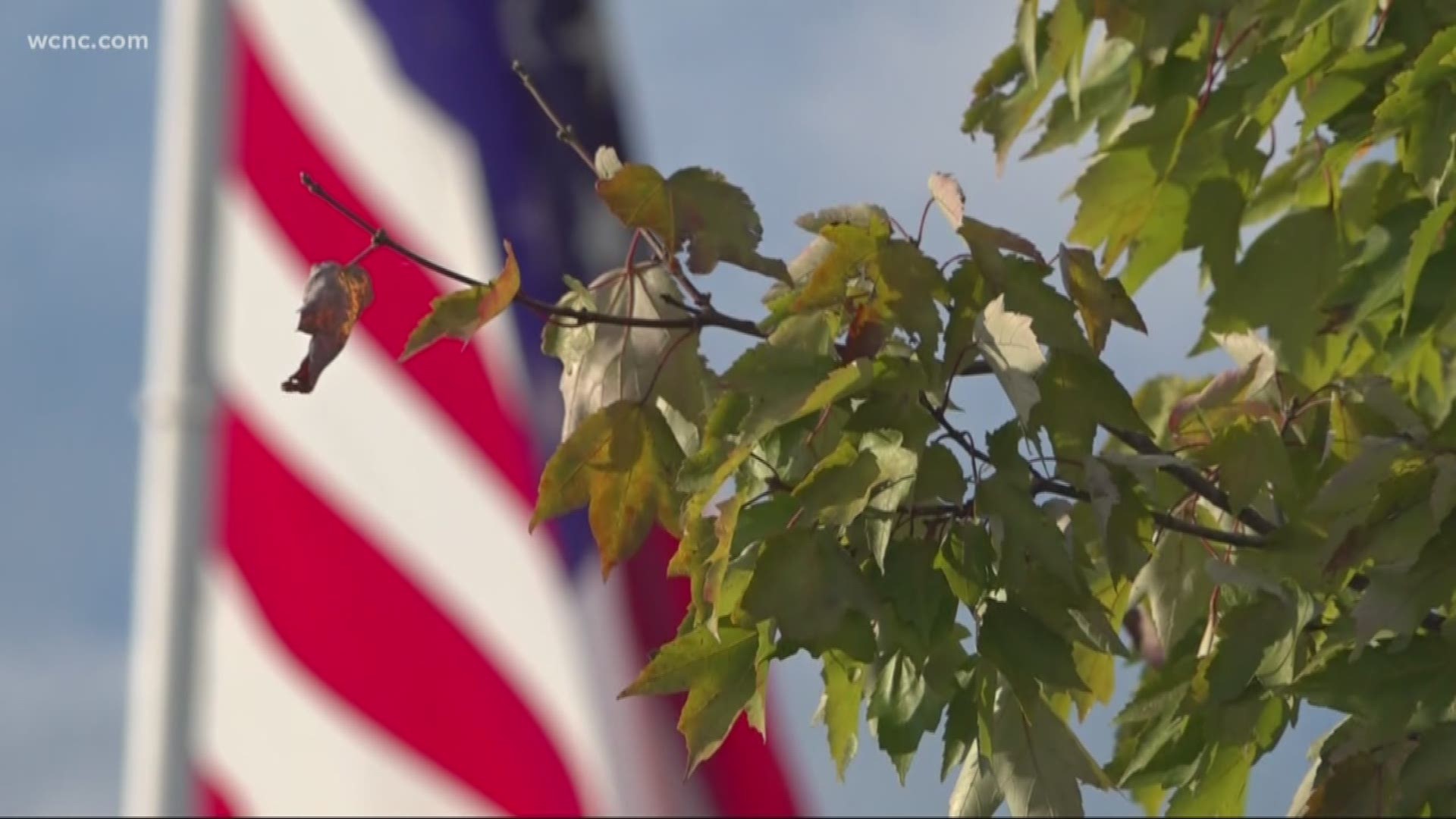 STATESVILLE, N.C. — The Statesville City Council has voted down an amendment that would allow a 40’x80’ flag to fly in a highway business zone, a spokesperson for the city told NBC Charlotte.

This means the Gander RV flag remains out of compliance. The vote was 5-3 against the motion to amend the ordinance.

Voting in favor of the motion were C.O. Johnson, John Staford and Steve Johnson.  Voting against the motion were William Morgan, Roy West, Doris Allison, Keith Williams and Michael Johnson.

The vote does not affect the injunction filed against Gander RV back in May which asks the court to order Gander RV to comply with the ordinance and pay a $50 per day fine.

Officials with Statesville said the issue has nothing to do with patriotism. Rather, they say the size of the flag goes against the permit agreement between Camping World and the council. According to the city, it also violates a city-wide ordinance.

Back in May, Camping World posted to Facebook claiming the city filed a lawsuit against them and is fining them $50/a day dating back to October 2018, which totals more than $10,000.

The CEO of the company flying a huge American flag in Statesville said he'll pay the fines the city is demanding but will not take the flag down. He said he's even willing to go to jail over this debate.

"The flag is not coming down under any circumstance,” said Marcus Lemonis, CEO of Camping World. He’s being sued by the City of Statesville over a 40 by 80 foot flag flying at Gander RV.

Lemonis responded to the city council vote on Twitter saying his decision to keep the massive American Flag is not a publicity stunt.

"The flags have been a part of my business strategy for years, they are up in most of my businesses including a barbeque restaurant that I have in South Carolina," Lemonis said.

Lemonis said he will continue to put up flag poles in every business he possibly can.

"As long as I feel the FAA is clear and people's health, wealthiness, and safety are not being compromised," Lemonis said.

Lemonis said he is fully prepared to go to court over the issue.

RELATED: CEO of company flying massive flag in Statesville says he will not back down