Simone Grimes said she captured some of Mel Watt's words during a 2016 meeting at his house, which he described as "a safer place to have a conversation." 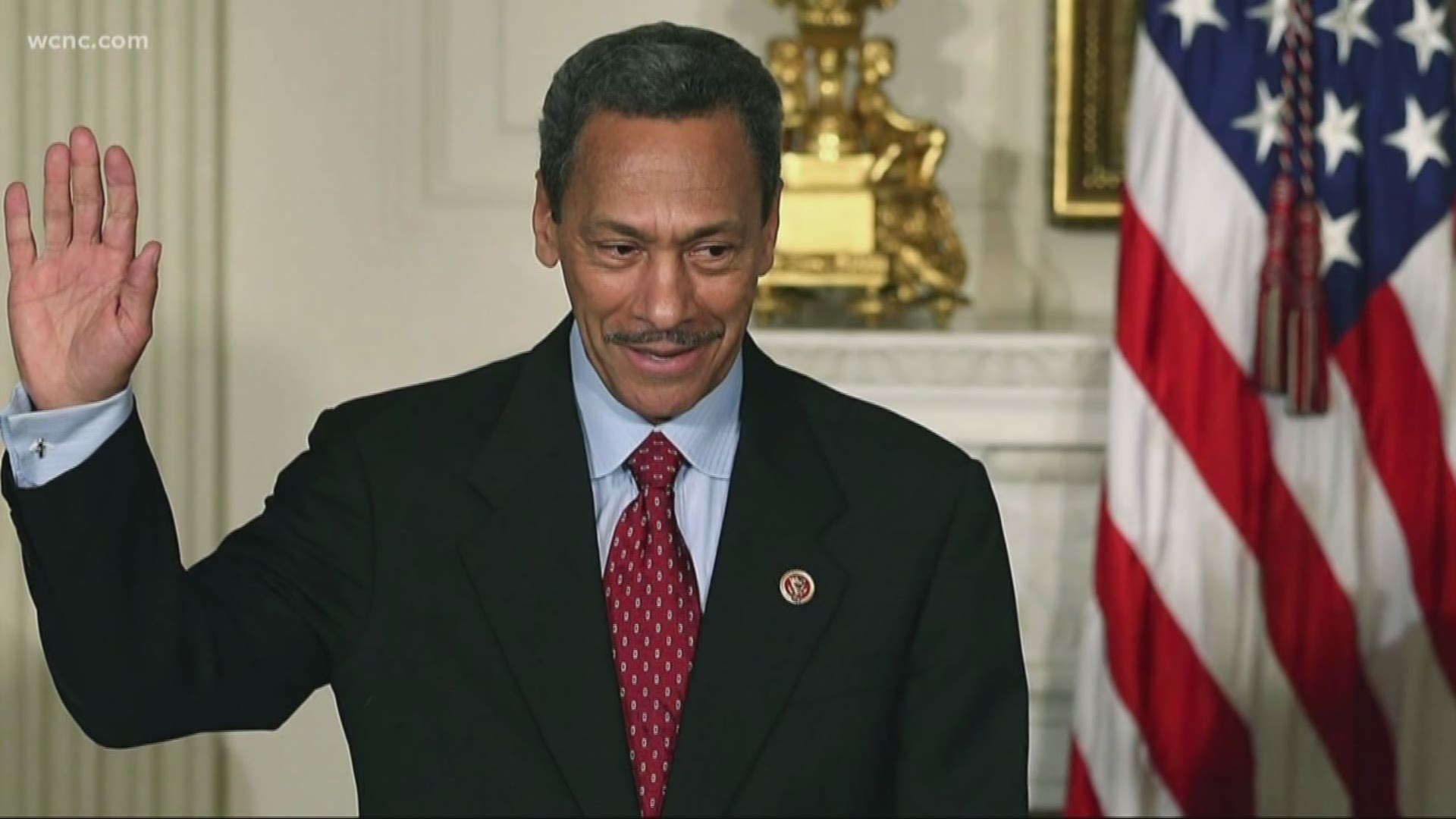 CHARLOTTE, N.C. — In the midst of a sexual harassment investigation into former North Carolina congressman and Charlotte native Mel Watt, NBC Charlotte learned his accuser secretly recorded his sexual advances and obtained some of the audio.

Simone Grimes filed a $1 million lawsuit this week against the Federal Housing Finance Agency, which is the agency Watt oversees. In the lawsuit, the employee, who still works there, specifically accuses the director of sexually harassing her and, in the process, standing in the way of pay equity.

"She is someone who took on additional duties and was never compensated anything close to what the male predecessor was compensated even though she was doing his duties as well as her own," Grimes' attorney Diane Seltzer Torre said.

The employment attorney said whenever Grimes wanted to secure pay equity, her supervisors referred her to Watt.

"Director Watt would circle back to her to talk to her ostensibly about the pay parity issue and would instead turn it into opportunities to sexually harass her," she said.

Grimes said she captured some of Watt's words during a 2016 meeting at his house, which he described as "a safer place to have a conversation." The partial recording begins with Grimes asking the director "a very frank question" about whether future employment opportunities within the agency are solely based on merit and fitness for the position.

"I think you're gorgeous, but I don't make agency decisions based on who's gorgeous and who's not," he said. "I would never."

The seven-minute taped conversation largely focused on Watt's attraction to Grimes, which occasionally resulted in laughs from Grimes.

"I'm guilty of having an attraction to you, that is true, so it makes me more conscious not to leave some impression," the recording said.

"I have tried to accept what you told me the first time you told me and that's fine. I accept it. I know I can draw the line. I can certainly draw the line knowing that this end, what I've talked to you about up to this point has nothing to do with either your beauty or my feelings, but I can't eliminate the feelings or the beauty," the recording said.

"I'm comfortable with drawing the line where you told me I needed to draw it, so I'm drawing that line, much to my disappointment...I think you were concerned that I was luring you here for other reasons. I wasn't concerned about that," the recording said.

Grimes said the Federal Housing Finance Agency director suggested the meeting knowing he had final say over her salary, which remained a point of contention after Grimes took on an additional role and job duties. Her lawsuit continues, saying after she compared her situation to that of a male co-worker last year, Watt told her, "You didn't promise me anything, and I didn't promise you anything."

"I was furious, furious that it's 2018, she's bright, she's educated, competent, more than qualified for the jobs at issue and that this is what she has been putting up with," her attorney said of Grimes' experience.

Just last month, POLITICO reported Watt questioned the employee about a tattoo on her ankle, asking, "If I kissed that one, would it lead to more?" and saying, "There's an attraction here I think needs to be explored," as well as inquiring, "Why you've rejected my advances?"

Appointed by President Obama in 2014, Watt continues to defend himself, saying in a statement, "The selective leaks related to this matter are obviously intended to embarrass or to lead to an unfounded or political conclusion. However, I am confident that the investigation currently in progress will confirm that I have not done anything contrary to law. I will have no further comment while the investigation is in progress."

NBC Charlotte reached out to one of Watt's former congressional staffers in Charlotte. That former employee told us in more than a decade working alongside him, not once did that staffer witness or hear anything like this woman alleges.

In addition to $1 million, backpay and lost benefits, Grimes is demanding the federal agency stop paying women less than men for equal work.

"Ms. Grimes alleges that FHFA unlawfully discriminated against her by paying her lower compensation than FHFA paid to a male for performing substantially equal work and that FHFA retaliated against her when she complained of its violations of the law," the lawsuit said.

Grimes' attorney said Watt is the subject of two investigations. Seltzer Torre said the U.S. Postal Service stepped in to conduct an independent harassment investigation. She said that investigation wrapped up earlier this month.

Meanwhile, Seltzer Torre said the Office of Inspector General of FHFA is in the middle of an ongoing investigation as well. The attorney said she hopes Grimes' lawsuit inspires more women as part of the #MeToo movement.