Not only do sex offenders routinely live in long-term care facilities, those places don't even have to disclose that information to other residents. 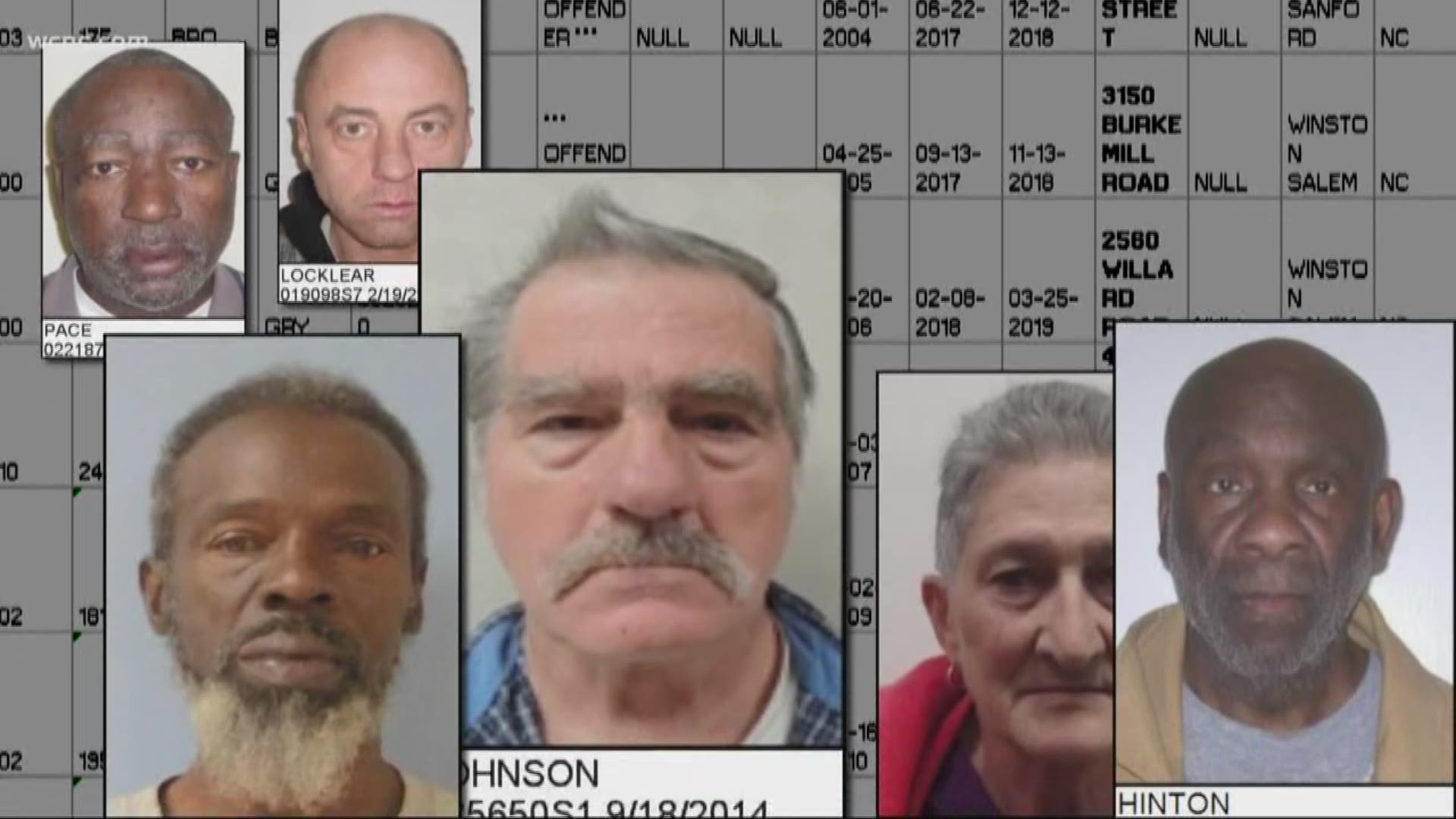 CHARLOTTE, N.C. — Nearly 20 sex offenders, including a man charged with raping and murdering two fellow residents, have registered their addresses as nursing and adult care homes in North Carolina at some point over the last year, according to North Carolina State Bureau of Investigation records.

There are likely some in South Carolina too, but the Palmetto state refused to share a full set of sex offender data.

Convicted decades ago for raping a child, Trenneth Pace once lived at a Tarboro assisted living facility alongside dozens of other vulnerable adults.

He's now back in jail awaiting trial later this month on charges of first-degree forcible rape and first-degree murder in connection to the deaths of two other residents.

Not only do sex offenders routinely live in long-term care facilities, those places don't even have to disclose that information to other residents.

An analysis of state records found sex offenders, including two "aggravated offenders," registering at nursing homes in cities big and small across the state.

"It's a lifelong battle for them."

Detective Longpre also knows one of the sex offenders on our list. He's investigated countless sex crimes over his career but said he hasn't forgotten Wesley Penland.

"There's something about him that just stuck in my mind," he said. "This was in 2002 and I still remember it."

Penland pleaded guilty to taking indecent liberties with a child in 2003, according to court records.

"I really regretted it a lot, not because I got caught, but because it happened," he told us.

Today he said he's 100 percent disabled and now stuck inside a western North Carolina hospital, waiting to find a place to live that will accept a registered sex offender.

"It's been about 20 years ago and it's continuing to control my life and it's controlling it to a point that I can't even find a place to live 20 years later," he said from his hospital bed.

At one time, he lived in a Forest City nursing home. State records show that same facility also housed another sex offender. Since then, Penland said he's spent time at two different hospitals.

He insists he's not a threat, even though a hospital employee accused him of assaulting and threatening her just a few months ago.

"I'm not even concerned about, because I know what took place," he said.

State law only requires sex offenders to give the sheriff's office a heads up before moving into a nursing home. It doesn't require the nursing home to share that information with residents, according to an SBI spokesperson.

A federal report years ago identified hundreds of sex offenders in nursing homes across the US. Researchers considered that a lowball estimate at the time.

He said just searching the sex offender registry isn't enough. His recommendation to families is to not be afraid to constantly question nursing homes and follow-up on any concerns.

"I would be making sure who is there, who is monitoring this person," he said.

In response to our questions, an industry group said nursing homes take the safety of residents and staff "very seriously."

"Nursing home residents have various rights under those regulations including privacy of their clinical records, dignity, and a safe environment. Nursing homes must be in compliance with these requirements for all residents."

According to Welsh, even though it's not required by law, nursing home "routinely" check sex offender registries before admitting residents.

"When making decisions about whether to admit an individual, a nursing home gathers pertinent information and may make a judgment that, despite the offender's background, the person's condition has changed so much with a disability that the person is no longer a threat or the circumstances of the offense were such that recidivism is unlikely," she said.

The Defenders: ICE arrests high in our region