VERIFY: 'This is incredibly rare' | Am I at risk of blood clots due to J&J vaccine?

The blood clots being investigated in connection with J&J's COVID-19 vaccine are extremely rare, but also very serious. Are there any commonalities with AstraZeneca? 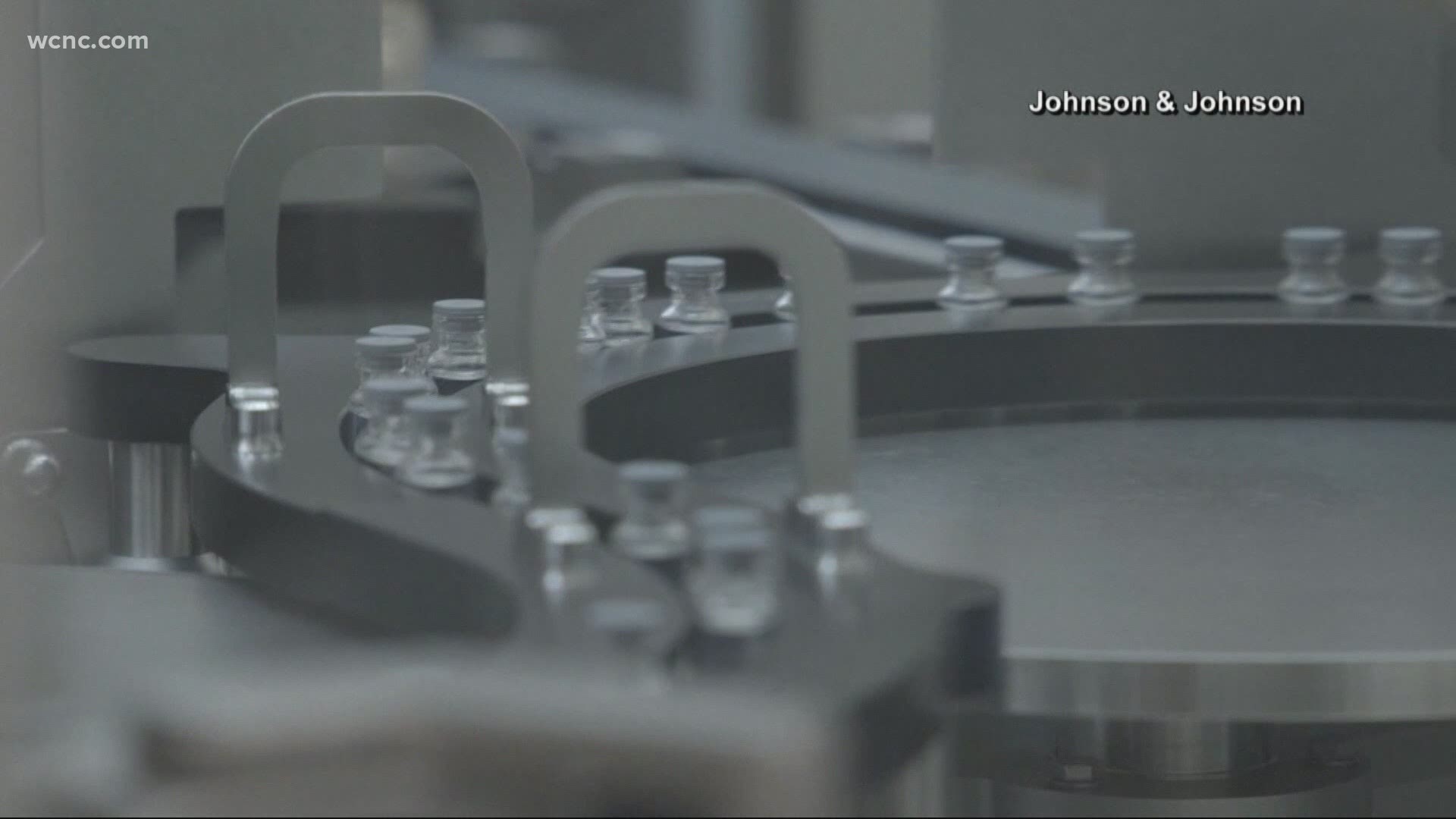 CHARLOTTE, N.C. — Vaccine rollout in the U.S. was thrown into tumult Tuesday, when the Centers for Disease Control and Prevention, alongside the Food and Drug Administration, called for a pause on Johnson and Johnson use.

The purpose of this pause is, in part, to give federal health agencies the time to determine if Johnson and Johnson's vaccine is the cause of extremely sparse, but serious reports of blood clots and what other factors could be at play.

According to a joint statement from the CDC and FDA, out of more than 6.8 million Johnson and Johnson vaccinations already completed in the U.S., there have been six reports of blood clots alongside low platelet counts, foiling the traditional method of busting clots, blood thinners.

Doctors say it could be a life-threatening situation, but the reports are also incredibly rare. The numbers show these reports are not quite as common as a one-in-a-million event, with an incidence rate of 0.00009%.

The CDC and FDA report all six cases were in women, who are considered to be on the younger side at 18 to 48 years of age. Dr. Anthony Fauci, Chief Medical Advisor to the President, said Tuesday afternoon that health officials would be looking into several factors including whether there were any underlying health conditions or medications in common.

The Johnson and Johnson development bears striking similarities to the recent caution being given in other countries to AstraZeneca's vaccine, which is also under investigation for rare reports of blood clots and low platelets.

Dr. Cameron Wolfe, an infectious disease specialist with Duke Health sees similarities too, both in the clotting reports and in the type of vaccine they are, which is a adenovirus vector.

"They are different adenoviruses. So, whilst it's theoretically possible they share side effects, we don't know that for certain," said Wolfe. "There is preliminary information to suggest they're very similar, and that will probably be one of the things the CDC and FDA regulators will be looking at, to say, 'Can we learn from the AstraZeneca experience?'" Wolfe said.

Some countries have paused AstraZeneca's use, while others have slid administration to older groups, which do not appear to be as prone to these clotting disorders.

On Wednesday, the CDC is set to convene a meeting of the Advisory Committee on Immunization Practices to review the Johnson and Johnson cases. Dr. David Wohl, an infectious disease specialist with UNC Health, says U.S. health officials face a big decision with a lot of medical and ethical questions to consider.

"Johnson & Johnson may end up being a safe vaccine except that there is some number of people, some very slight fraction who can have a serious side effect. So, if it's a one-in-a-million, is that acceptable for a vaccine that saves 'x' number of lives and keeps people out of the hospital?" Wohl said. "These are tough decisions. I don't have the answer to that. Medical ethicists have to weigh in on this as well."

He says if it's been more than 2wks since your J&J shot, no need to monitor. If you're within that 2wk window, he describes what symptoms to watch for, adding that "this is incredibly rare... but we will certainly be on the lookout and will take every issue very seriously." @wcnc pic.twitter.com/x4F4ypC5k0