The vice president's motorcade arrived at Charlotte Pipe and Foundry Company at 12:45 pm and left just before 2:00 pm. Several other high profile republicans attended the event. 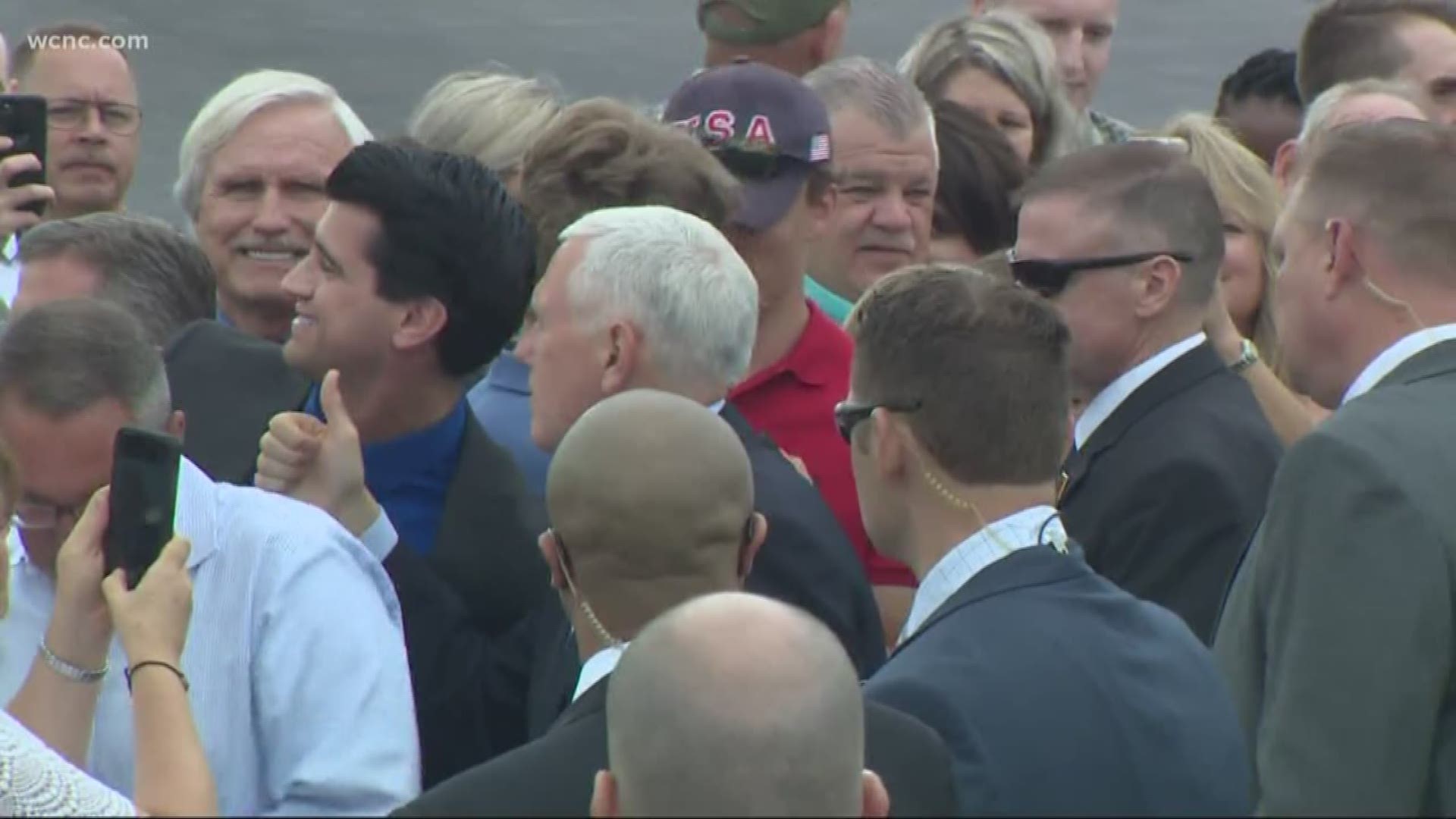 His motorcade arrived at the S. Clarkson Street business around 12:45 pm and left just before 2:00 pm. Several other high profile republicans attended the private event.

The RNC convention, slated for August 24-27, 2020, has a fundraising goal of more than $70 million. Before the vice president arrived, the host committee announced Greensboro businessman and renowned political fundraiser Louis DeJoy as its national finance chair.

"It is an honor to be asked by the Charlotte Host Committee to lead the fundraising efforts for the 2020 Republican National Convention," DeJoy said in a statement.

"The convention will elevate the reputation of the Charlotte region, while also helping to attract more major events, tourism, and new jobs. As a North Carolinian from Greensboro, I am proud for Charlotte to have the honor of hosting another party convention," he added.

In recent weeks, Lassiter reported the host committee is ahead of schedule when it comes to hitting its fundraising goal, which is a good sign considering the 2016 RNC in Cleveland was still millions of dollars below its goal less than a week before it started, and Charlotte failed to hit its much smaller goal for the 2012 Democratic National Convention.

Lassiter said the early naming of Charlotte as the location for the 2020 RNC is making a big fundraising difference.

"Historically, the national parties do not announce the host cities for their conventions until the early months of the year prior," he said. "By announcing Charlotte in 2018, we were positioned to aggressively pursue our fundraising goals. We could not be more pleased with Louis and his team-leading our efforts to fund a successful Republican National Convention in Charlotte in 2020."

Jay Joyce was one of only a handful of people able to watch the vice president arrive at the private RNC kickoff event.

"This is a big deal for our city," Joyce said. "It's great to have the second most powerful man in the world at your doorstep."

Even more special for The Idea People president and CEO is the fact his company is designing the Host Committee's website.

"Seeing the motorcade is exciting and it coincides with the work that we've been quietly doing for about eight months right now," he said.