Doctors said a young woman in the passenger seat of a vehicle had her feet up on the dashboard before a crash. 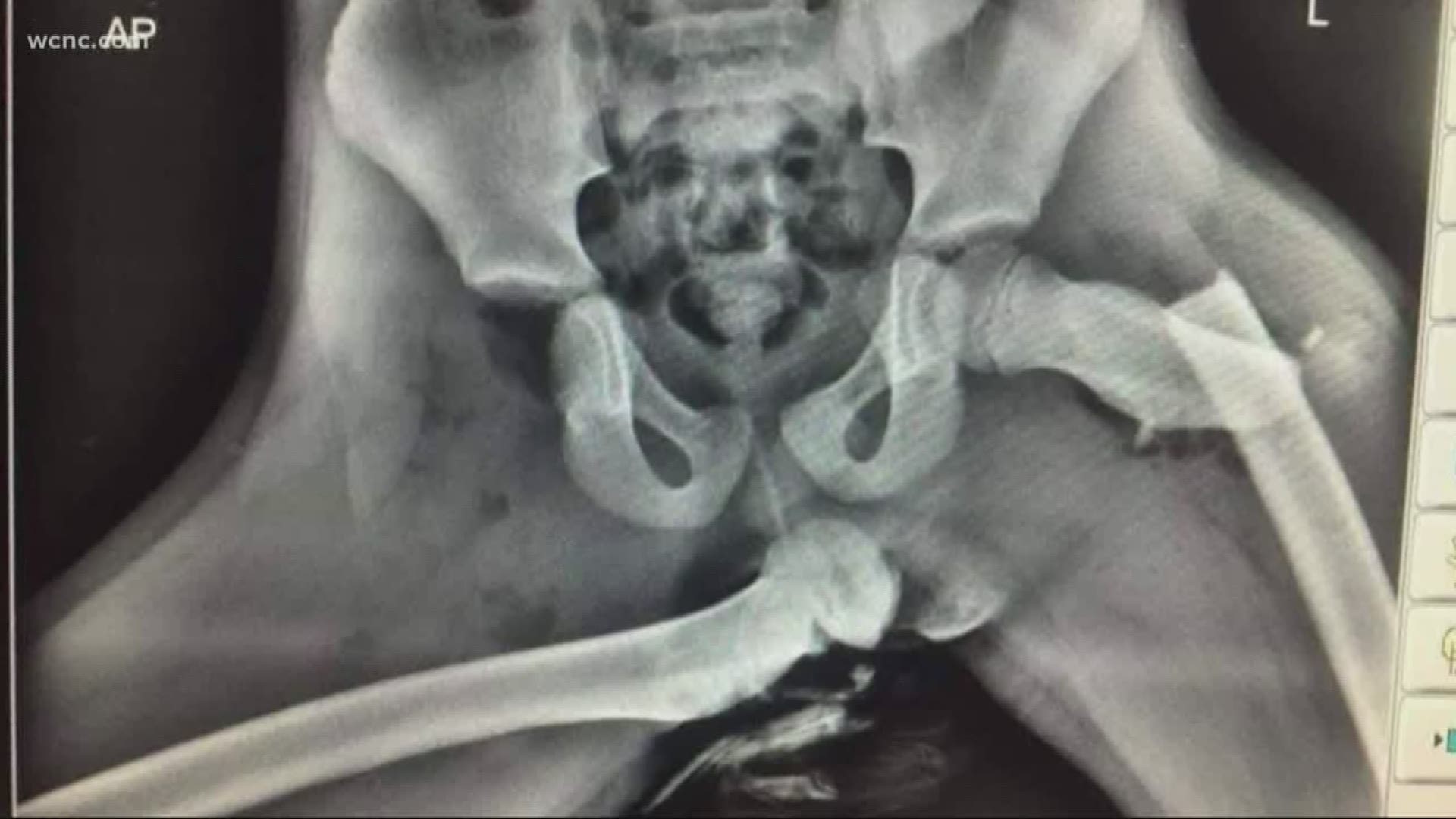 CHARLOTTE, N.C. — A viral X-ray is causing others to warn about the dangers of riding with feet on the dashboard.

“It’s almost like sitting on a keg of dynamite," Trooper Ray Pierce said.

An X-ray photo is being shared across the world showing the injuries doctors said a young woman suffered when she was a passenger involved in a crash -- but at the time she was riding with her feet on the dashboard.

WCNC Charlotte shared the X-ray with a Charlotte-area orthopedic doctor who was shocked by what he saw.

“It was just an awful x-ray to see,” Dr. Edward Brown said.

In the photo, he describes how the patient’s right hip is completely dislocated and on the left side, the upper part of the thigh bone is seen sticking out through the skin.

Based on the pelvic structure, Dr. Brown believes the patient was fairly young.

“This is typically a woman who is somewhere between 11 and 14 years of age,” Dr. Brown said.

State highway patrol in both North and South Carolina said it’s not illegal to ride with your feet on the dash, but it’s certainly not recommended.

“If your feet are on the dash you might create that blind spot that could possibly get yourself and your driver into a vehicle collision,” Trooper Pierce said.

Troopers said it’s likely the impact of the airbag may have caused the majority of the injuries. Doctors add some of the long-term effects of a crash like this can include post traumatic arthritis or hip replacement surgery.