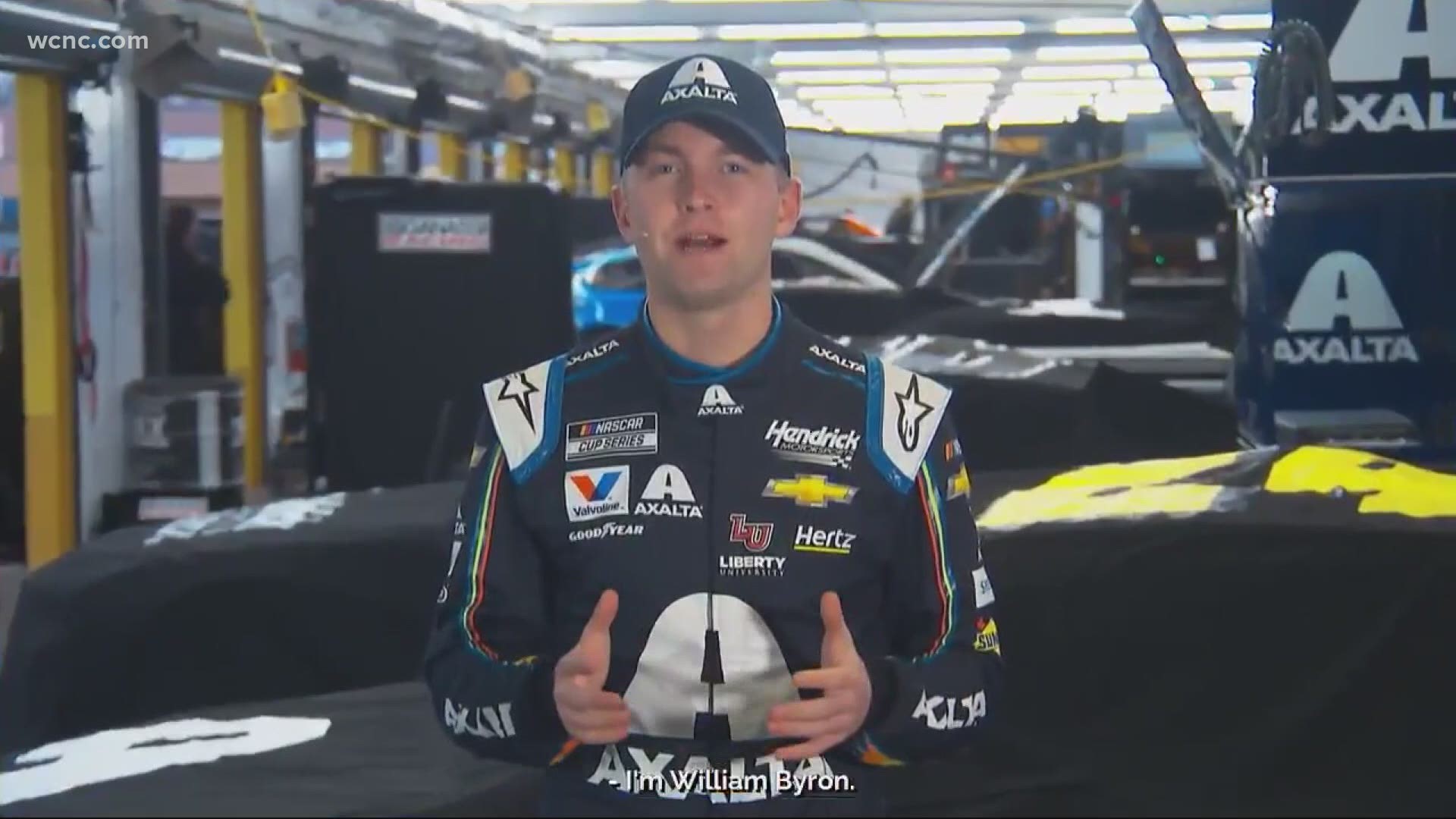 CHARLOTTE, N.C. — The 2020 NASCAR season has just 4 races remaining with the next race scheduled for Kansas Speedway this weekend. Charlotte native William Byron joins our Ashley Stroehlein to discuss what to expect this weekend, changes for 2021 and guest appearance on Jeopardy.

Q: "NASCAR is at Kansas Speedway this weekend. We have that race on WCNC with coverage starting at 2:30. What's the mindset heading to Kansas and what are some of the pros and cons of that track?"

A: "This is going to be a unique race with it being the first race of the Round 8. I think the guys are going to push really hard. I think if I remember correctly, I think typically Martinsville is the first race in the Round of 8 and that's usually crazy so it's going to have a new element. Hopefully, we can be the best of the rest and maybe steal the show."

Q: "A lot of changes at Hendrick Motorsports for 2021, with your team as well with Chad Knaus moving into a different role. What are you thoughts on that and what was your time like working with him?"

A: "It's been great working with Chad. I think he's brought a new element to our team. Making the playoffs two years in a row and having a race win is great. That's really kind of the first step in your Cup career to be able to get those things accomplished. So really happy with that."

Q: "Pretty cool moment this week. You got to ask a question on Jeopardy what was that like and what was it like watching that category when the contestants were participating?"

Did you catch @Jeopardy last night? @WilliamByron was on the show to ask a question during a category about NASCAR.

Byron says he would have a better shot at a game show like @FamilyFeud so maybe we could get an episode of Family Feud NASCAR edition! Whatcha think!? pic.twitter.com/huqRcGdsqJ

A: "It was really cool to see how that unfolds. They have such a rhythm of how they do the game. Honestly, I could not be on Jeopardy. I would rather be on Family Feud than Jeopardy. I feel like I have a better shot at that. Jeopardy is way over my head so I would have a tough time."