In a 1-on-1 interview with WCNC Charlotte, McDowell talks about his long journey to a checkered flag 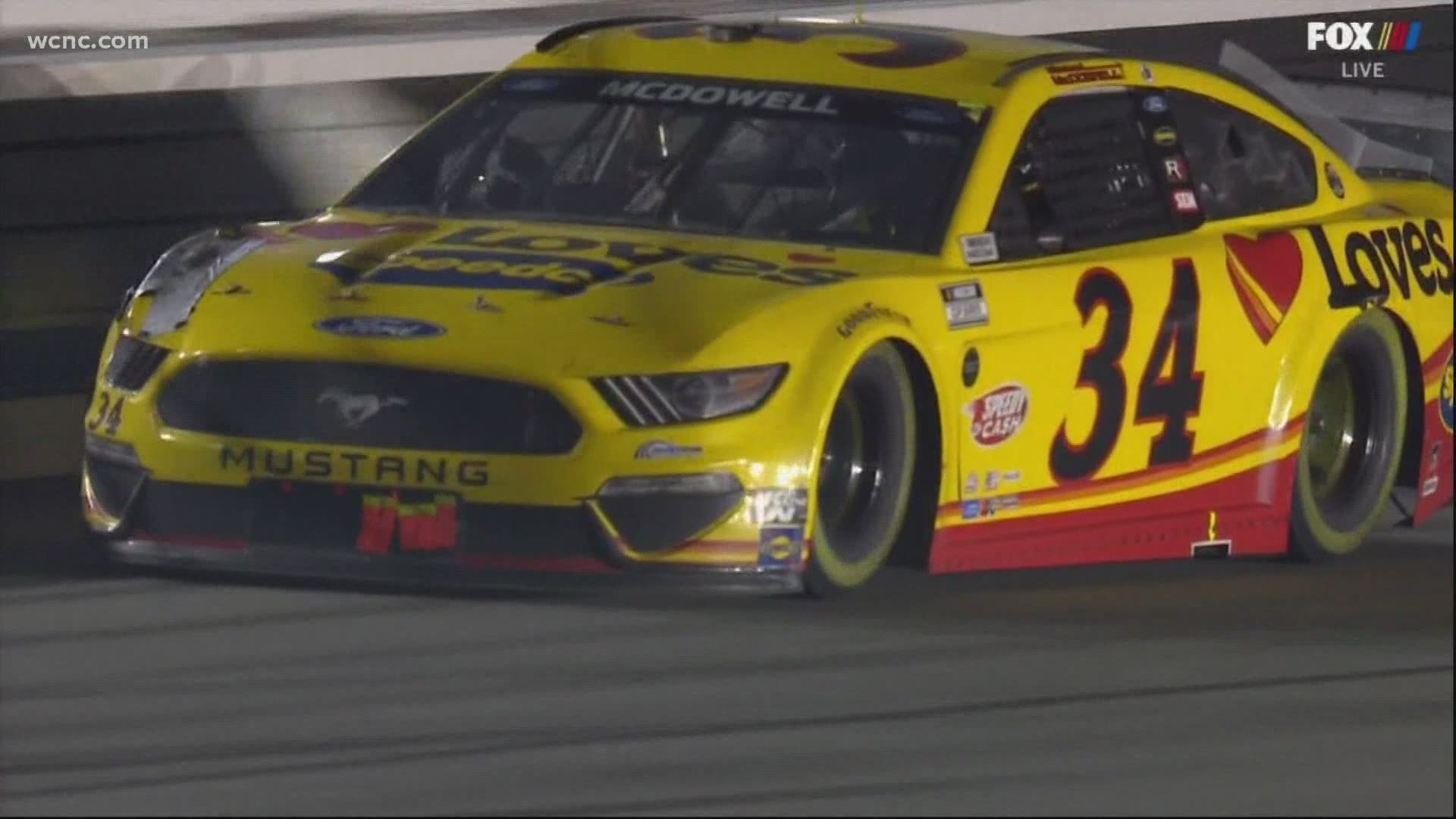 Two weeks into its season and NASCAR has crowned two first time Cup Series Winners, including Michael McDowell who started his 14th season off in the series by taking the checkered flag in the Daytona 500.

Stro: "I see you have the nice trophy behind you, what has it been like since winning the Daytona 500?

McDowell: "I've been carrying this Harly J. Earl (Trophy) around for the last few days. It's been awesome. There's been a lot of interviews, a lot of phone calls and photo shoots. But it's all been awesome to take in this moment and to relive it so many times."

"For me taking that checkered flag wasn't like oh I did it, I finally did it. It wasn't that at all. To me, it was like God did it and allowed me to be a part of it."

Make sure to catch our interview with #Daytona500 winner Michael McDowell on @wcnc at 5!@Team_FRM | @Mc_Driver pic.twitter.com/pW3sANKCrr

Stro: "When you reflect on your journey and getting your first win and it being the Great American Race, what comes to mind?"

McDowell: "It's not something that comes overnight. Long journey. But it also makes it sweeter. There's been so many times where you wonder, what am I doing and why am I doing this? It's time to get a real job. You feel like you're wasting a spot that could be used. But you can't live in that moment, you've got to keep fighting and pushing on. This is 1000 percent living proof that if you're persistent and you work hard, you can get it."

Stro: "How important has your faith been in your career and life?"

McDowell: "That's my every day. That's what gives me my purpose. Taking that checkered flag wasn't like 'oh I did it, I finally did it.' It was that God did it and allowed me to be a part of it, and that made it so much more sweeter and special."