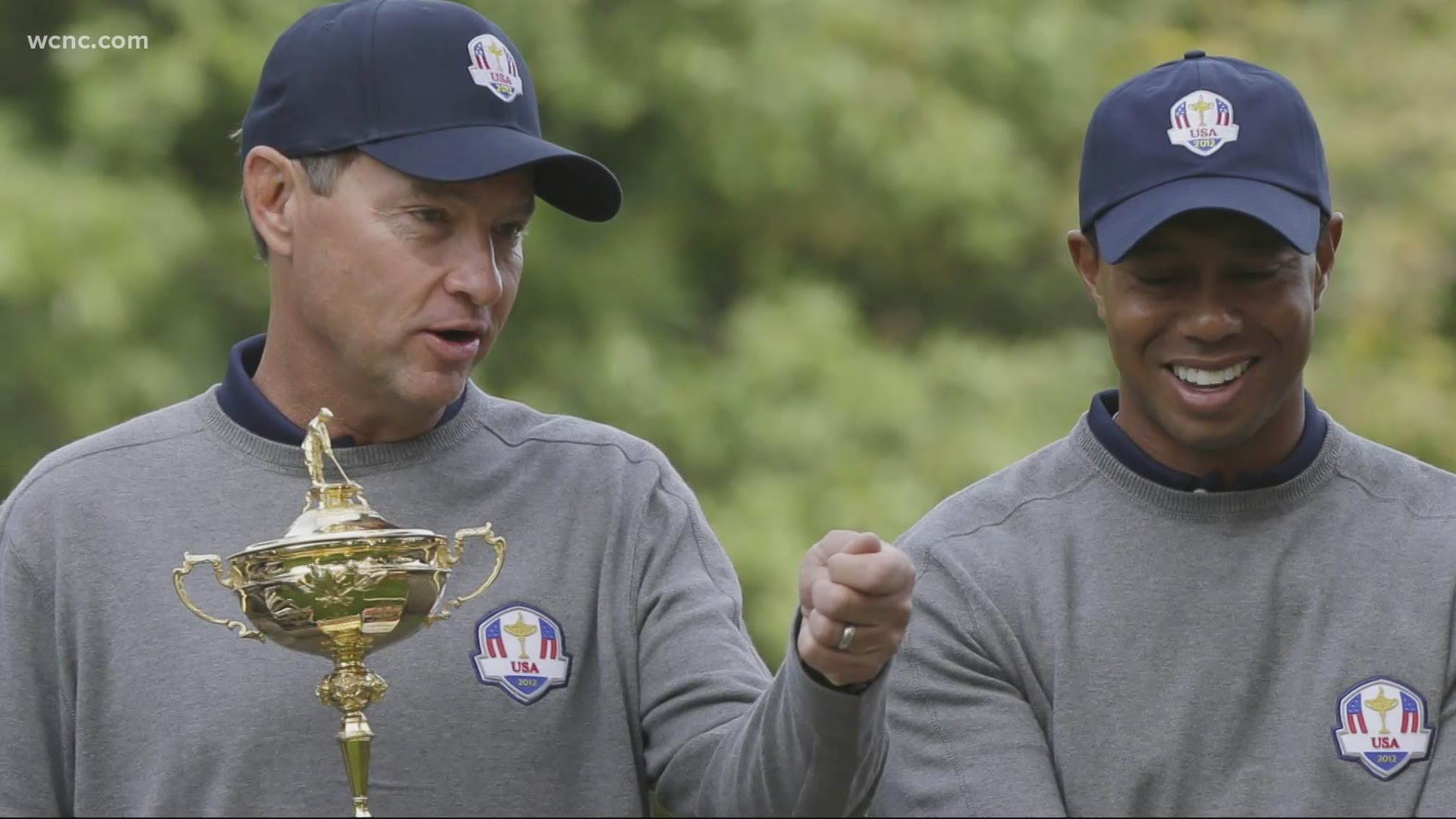 CHARLOTTE, N.C. — Davis Love III doesn't lack experience when it comes to being captain for a U.S. team.

His latest and third gig is the Presidents Cup.

The PGA Tour appointed Love as U.S. captain for the 2022 matches at Quail Hollow Club in Charlotte.

This will be the first time the event is held in the southeastern United States.

“Quail Hollow is one of the best tests of golf we see all year on the PGA TOUR, and it will be a perfect venue for a match-play event given the variation of challenges it presents,” Love said. “I think you will see players taking on a number of risk-reward shots throughout the week, presenting an exciting environment for fans onsite and watching around the world.”

Love was born in Charlotte, and his father was a club pro at Charlotte Country Club. The family soon moved to Georgia, but Love returned to his home state as a collegiate golfer at UNC-Chapel Hill.

As a Tar Heel, he was a three-time, All-America selection and won the 1984 ACC Championship.

Just had a great chat with 2022 @PresidentsCup U.S. Captain @Love3d

Tiger told him the news, and I asked him if he'd heard from his old golf/college buddy Michael Jordan yet.

"Not yet. But he'll be hearing from me!"

“The Carolinas mean so much to me and my family, and it’s humbling to know that I will return to Charlotte in this new role to help carry on the rich sports tradition the Queen City has developed through the years,” Love said.

Love has 21 PGA Tour victories, including the 1997 PGA Championship.

He also has been an assistant captain three times in the Presidents Cup and twice in the Ryder Cup.

The international team will be captained by South African Trevor Immelmann.

The PGA Tour said 12 of Quail Hollow Club's highest-priced hospitality venues are already sold out for the event.