What was that? Mysterious creature pops out of the water at Wells Fargo Championship

Did you see it? A mysterious creature's fin popped out of the water during the Wells Fargo Championship. We took the photo to the experts. 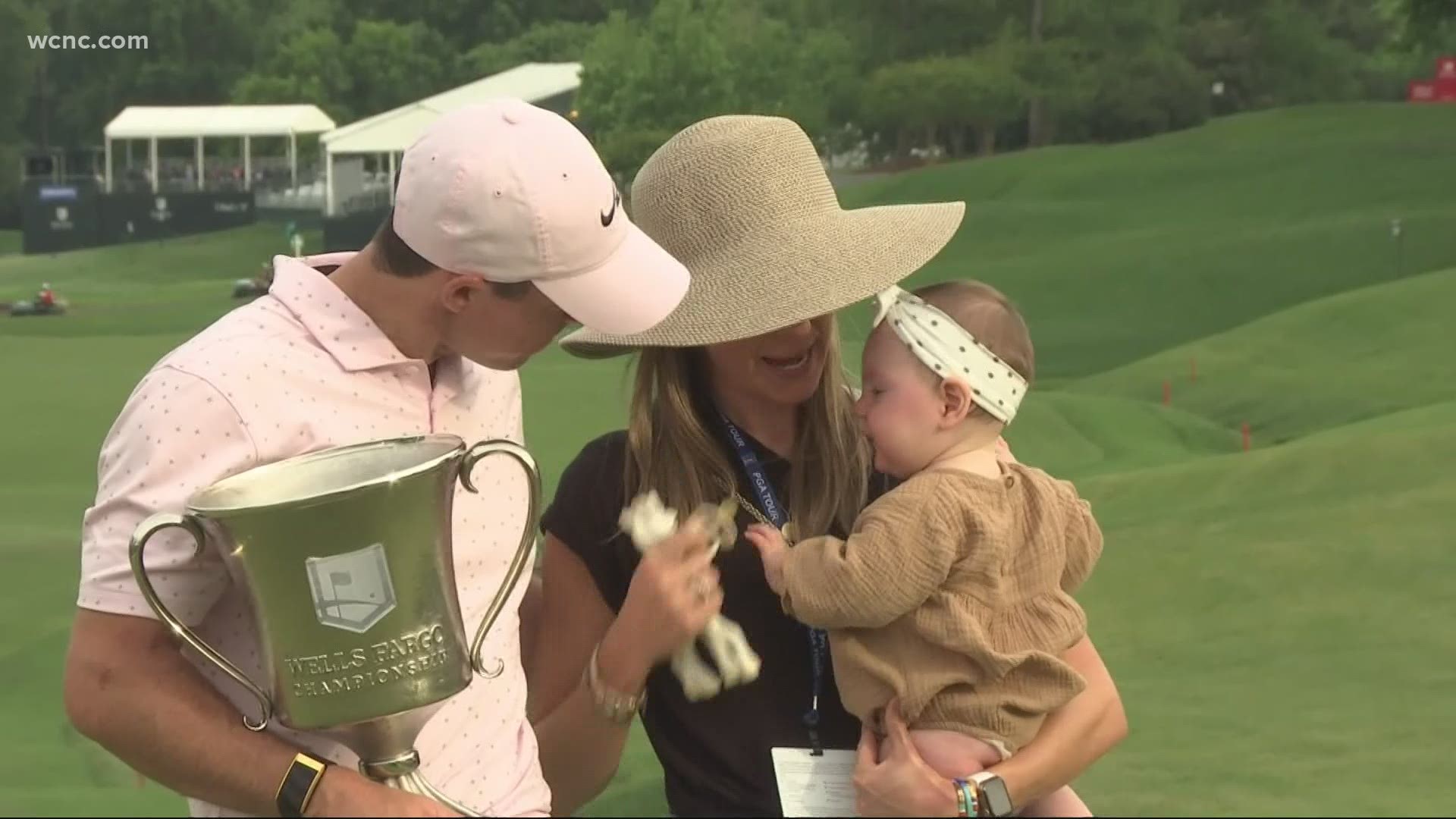 CHARLOTTE, N.C. — Social media was abuzz Sunday afternoon after a video of a "creature" popping out of the water during the Wells Fargo Championship at Quail Hollow Club surfaced.

The video, captured by Amy Tilson on her TV screen, shows a creature's fin quickly pop out of the water during golfer Keith Mitchell's putt at Hole 17.

Tilson took to social media to see if anyone else could pinpoint this mysterious creature.

"Can someone please tell me what’s coming out of the water on the 17th at the Wells Fargo Championship," Tilson asked on a Charlotte Facebook group.

A lot of people on the post offered their suggestions -- which ranged from serious answers like a carp or a turtle -- to sillier answers like the Quailness monster or an orca.

Well, WCNC Charlotte took that question to the experts and got an answer.

The director of Communications for the Wells Fargo Championship told WCNC Charlotte that the creature that popped out of the water Sunday afternoon was most likely a catfish with a fin, and by the looks of the video... a large one.

According to the American Expedition, a catfish can grow to be 12-24 inches long.