Currently, MLS has 24 teams; three more are coming in the next three years. Now it's the race for the league's 28th team, and Charlotte is in the mix. 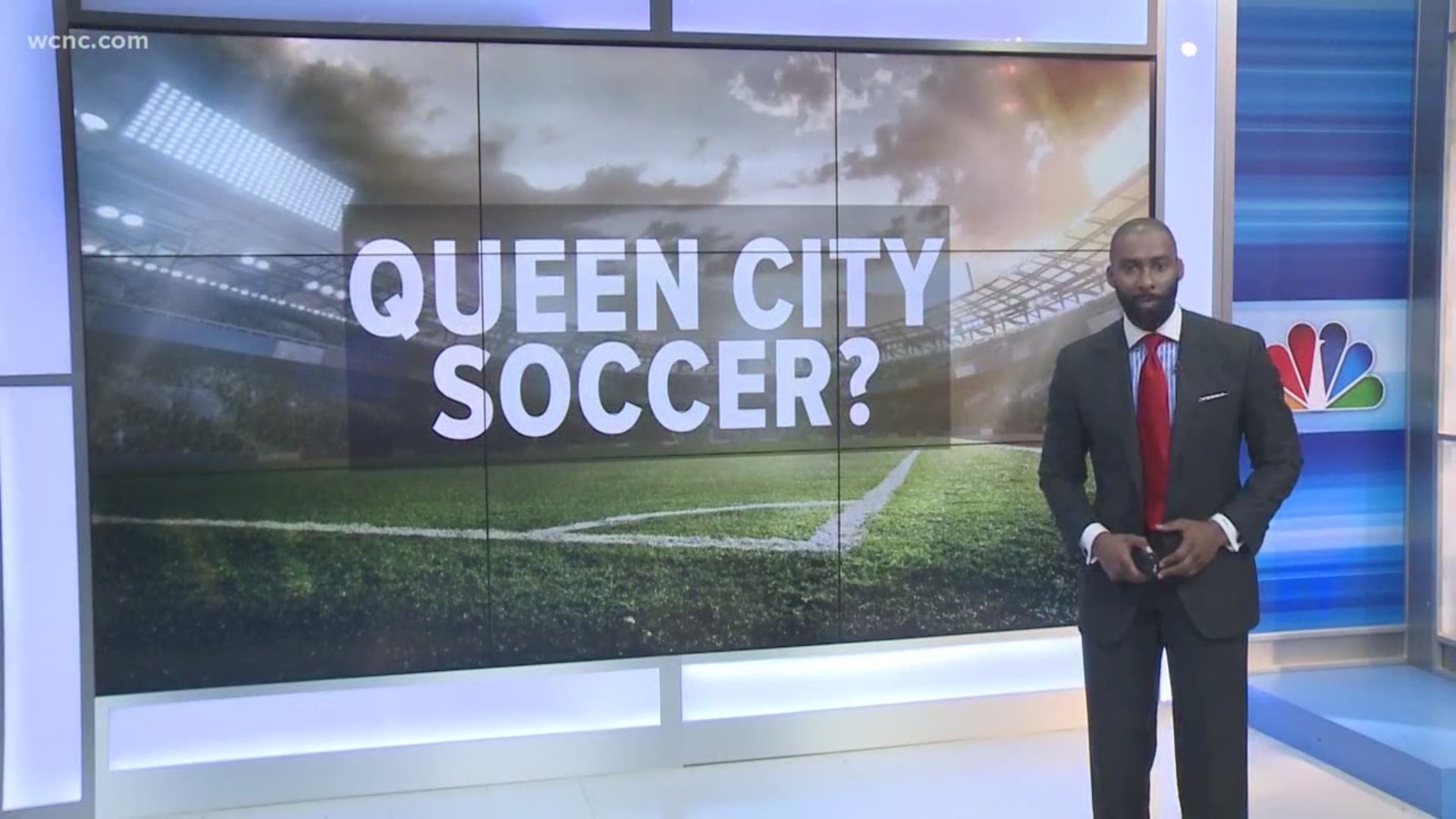 One of the people leading the charge to bring a new sports franchise to the Queen City is Carolina Panthers owner David Tepper.

Earlier this month, Tepper said the Panthers were actively talking expansion with Major League Soccer (MLS), even saying, "I personally believe it's something that belongs in Charlotte.

Currently, MLS has 24 teams; three more are coming in the next three years. Now it's the race for the league's 28th team, and Charlotte is in the mix.

The Queen City needs to look no further than the home of Super Bowl 53 for some soccer inspiration. The Atlanta United arrived two years ago and shattered attendance figures in the league, winning the MLS title this year all while playing in the Falcons stadium.

That's what the Panthers are hoping to find out. They will even hold a focus group for some fans next Wednesday.

So the question is: If it worked in Atlanta, why not Charlotte?

Charlotte's failed bid to get an MLS team back in 2017 left many local soccer fans disappointed.

But new Panthers owner David Tepper reignited the flame weeks ago when he said he's been talking to the league about expansion.

"From there that's where the excitement started back up again," soccer fan Shawn Smith said.

Shawn Smith thinks there's enough interest in Charlotte to bring in a team. There are strong fan groups, youth organizations, and attendance.

An average crowd of nearly 60,000 fans has shown up to Bank of America Stadium for Charlotte's last four international soccer matches. And there's another one coming this summer.

Soccer supporters in Charlotte say all you need to do is look south.

"When you see what happened in Atlanta. Atlanta took off like crazy," said Smith.

So we looked at what happened in Atlanta, which got a team in 2017.

"Soccer in the south wouldn't work. They were skeptical about it working. Clearly, they got it totally wrong," he said.

So why would it work in Charlotte? Like Atlanta, the Queen City is growing and full of transplants who need a team.

"The league wants great owners and great front offices. With those two people, you certainly tick the boxes there," said Eales.

With Tepper comes Bank of America Stadium -- MLS would surely be fine with more large capacity crowds. And Charlotte would sure be fine with the chance to beat Atlanta in another sport.

"It would be brilliant in the future we could have a darby between Atlanta and Charlotte. We'd look forward to that," Eales said.

MLS said Charlotte is a market the league could succeed in, and while right now the race is on for team 28, officials said they're already having internal talks of expanding again.