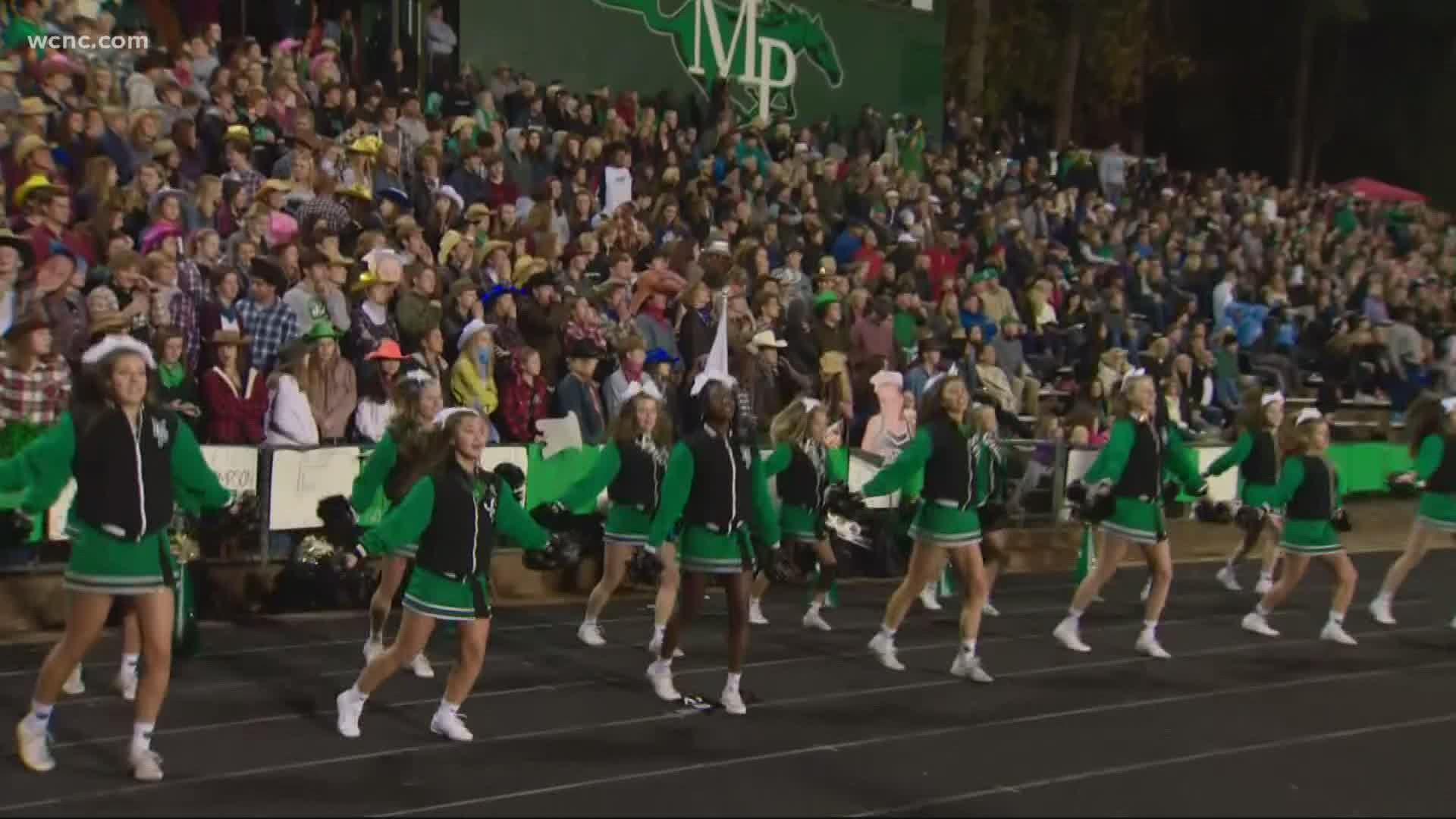 Based on the current order, the number of spectators allowed at outdoor events is limited to 100.

The NCHSAA, which governs high school sports in the state, is following that limitation.

That executive order expires at the end of the month.

Cooper says, in the next EO, they're CONSIDERING loosening stay-at-home order, occupancy limitations, gathering limits, including the restrictions on attendance at school sports games. @wcnc

"I understand parents wanting to come see their students at ballgames," Cooper said Wednesday. "I remember playing high school football and basketball and seeing my parents up there everytime along with my grandparents, so I know how much that means."

High School football games begin Feb. 26, and a petition started by a Union County parent, now has nearly 40,000 signatures in support of allowing more than 100 spectators at games.

"That's something that health experts are working on, they're looking at the data," Cooper said," and hopefully we'll see some changes in that area when we make the announcement on the new executive order next week."

On Thursday, a group of Republican State Senators introduced a bill to allow 40 percent of each facilitiy's approved occupancy to be filled.

When WCNC Charlotte covered the opening game at South Pointe, the school was allowing 20 percent of its stands to be filled, with about 1,100 spectators.