Newton, who spent 9 seasons with the Panthers, will lead the New England Patriots to Charlotte in 2021 for his first game against his former team. 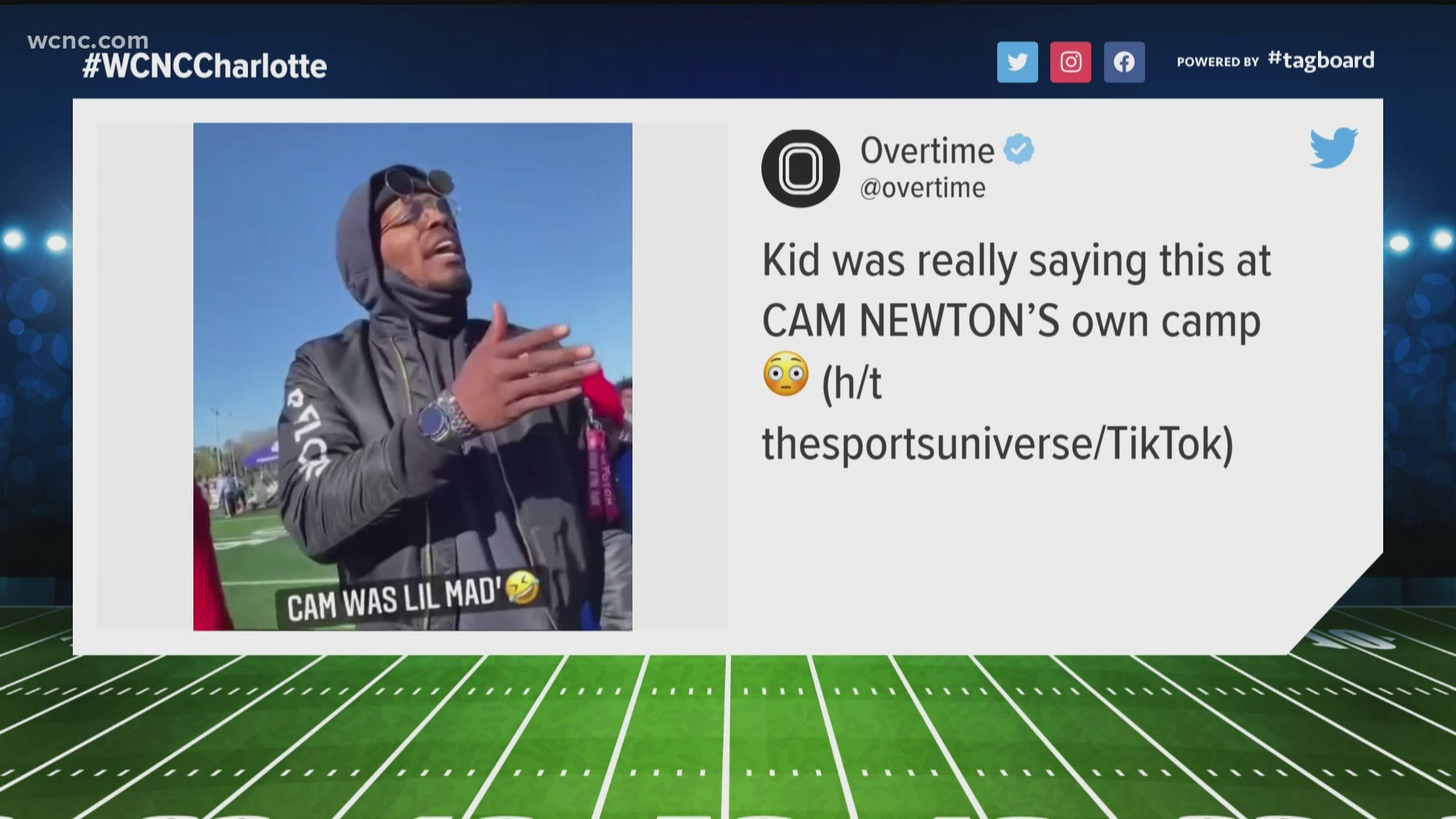 CHARLOTTE, N.C. — Cam Newton will return to Bank of America Stadium in 2021 for an NFL game, but for the first time in his career, he'll be on the visiting team.

According to multiple reports, Newton is signing a new contract with the New England Patriots, who just so happen to visit the Carolina Panthers next season. ESPN's Adam Schefter reported the deal is worth $14 million for just one season.

Once news of Newton's deal circulated, anticipation started to build among Panthers Twitter. Ben Volin, a sports writer at The Boston Globe, tweeted, "The 2021 season is going to be awesome," citing both matchups.

Newton was a topic of conversation during the retirement ceremony of Panthers legends Thomas Davis and Greg Olsen. Those three, along with Luke Kuechly, formed the core of the 2015 Panthers squad that made a run to Super Bowl 50. Afterward, Olsen told reporters how much Newton meant to him as a player and a friend. And he felt awful that he forgot to mention him during his emotional speech.

"Cam is at the top of that list, and it kind of haunted me the second I sat down," Olsen said. "I said, 'how did I miss the guy that I talked about for 10 years?' I probably talked more about that guy than anyone in my life."

Last June, Newton published a video on his YouTube channel, saying his request for a trade was "forced on him" by the Panthers. The video, which was filmed on March 17, the same day he was released by Carolina.

"Right now I'm angry. I feel let down, but at the same time, I'm not bitter," Newton said. "I never once wanted to leave Carolina. Don't let them make you believe anything else. It was their decision, I stuck with it and I knew that, so I asked for a trade."