The Panthers are now 3-3 for the season. 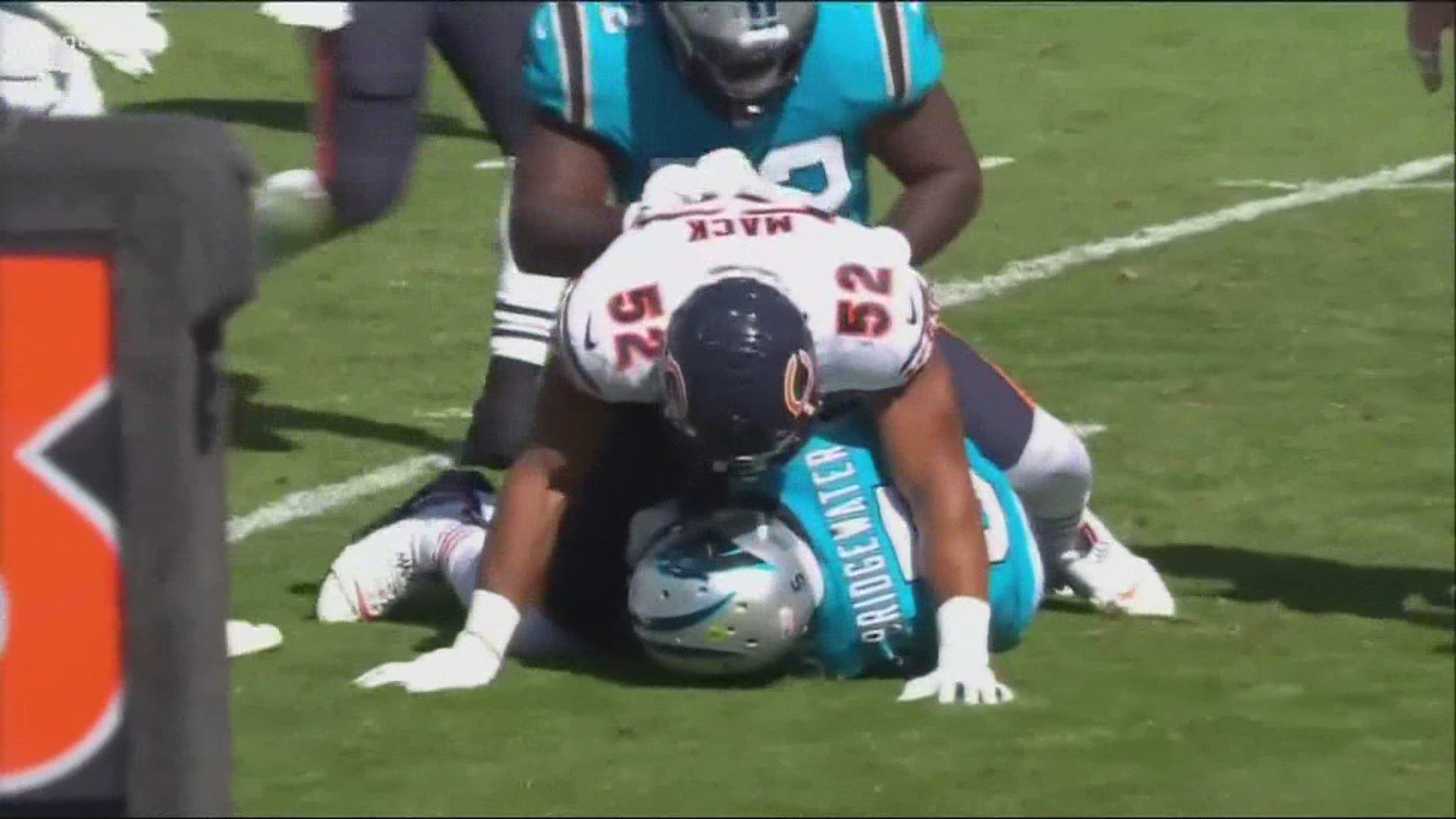 The Panthers are now 3-3 for the season.

Nick Foles threw for one touchdown and ran for another, Chicago’s defense forced three turnovers and sacked Teddy Bridgewater four times and the Bears held on to beat the Carolina Panthers 23-16.

Foles finished with 198 yards passing and a touchdown and David Montgomery added 58 yards on the ground as the Bears opened the season 3-0 on the road for the first time since 2006, when they reached the Super Bowl.

Bridgewater was under duress most of the game and finished with 216 yards passing and two interceptions. The Panthers had their three-game winning streak snapped while Chicago improved to 2-1 with Foles as the starter.

After the game, Panthers head coach Matt Rhule credited Chicago's defense for putting the Panthers under duress and making their offense out of synch.

"Disappointed in the result today, a lot of credit to Chicago, they made the plays you need to make and win the game," Rhule said. "I thought our defense hung in there and battled." 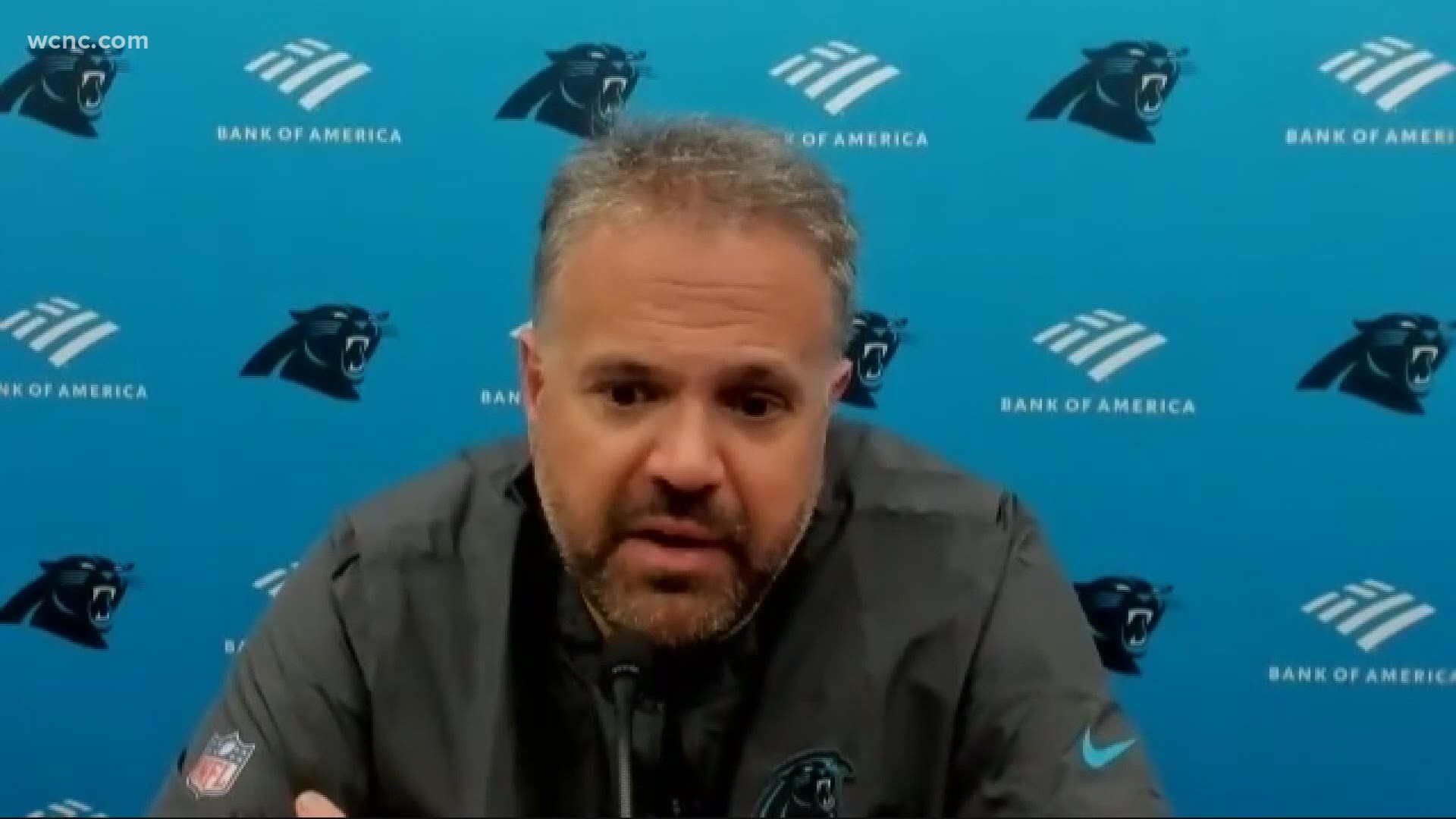 Panthers Quarterback Teddy Bridgewater spoke after the game on a missed throw to DJ Moore.

"Fourth down we just missed a throw, we just gotta execute better," Bridgewater said. "And at the end of the game, we just turned the ball over."

Sunday's game against the Bears marked only the second time this season fans could be in attendance at Bank of America Stadium — and they showed up. Attendance for Sunday's game capped at 5,240, which is the max currently allowed.

Panthers attendance for today's game against the Bears = 5,240.

Friday, the Panthers announced that defensive end Yetur Gross-Matos had a high ankle sprain and would not play in Sunday's game against the Bears.

Gross-Matos injured his ankle during the second half of last Sunday's game against the Falcons. The team says he will not return for at least three weeks while on injured reserve. 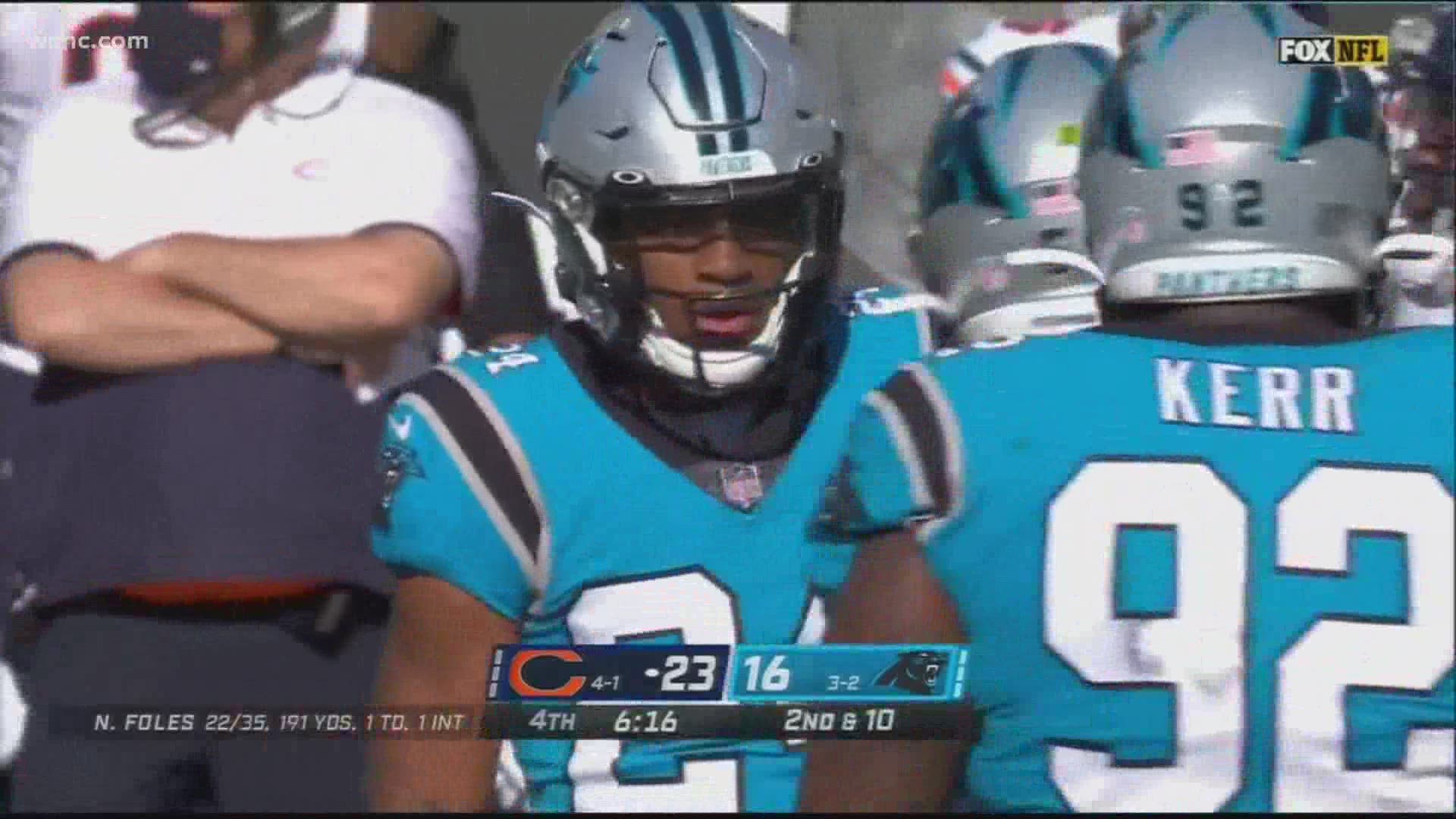