The land is approximately 234 acres and is primarily composed of undeveloped forest. For context, the Panthers' current facilities in uptown sit on just 33 acres. 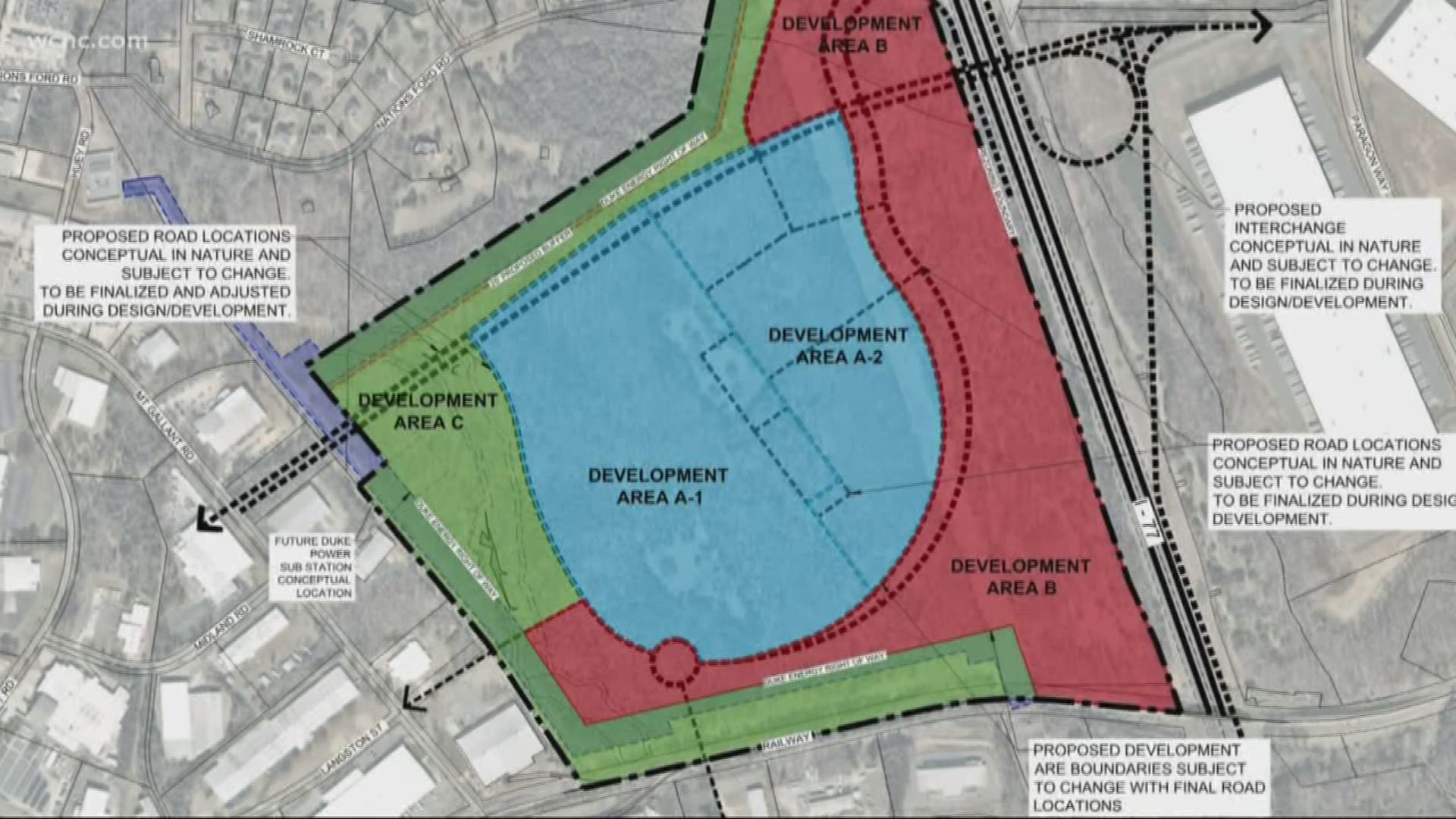 David Tepper and the Panthers have had their sights set on this piece of land in Rock Hill for many months, but now, a new application for rezoning and annexation is giving a more detailed look at how it’ll all work.

The application is 51 pages in all. It lays out the plan for a development headlined by the Carolina Panthers.

"I think it’s going to be great for Rock Hill," Frank Knox said.

Knox lives in the Hutchison Place subdivision, which in a few years, could be a stone’s throw away from a massive new complex.

"I don’t think there’s any negatives, to be honest with you," Knox said.

The land is approximately 234 acres and is primarily composed of undeveloped forest. For context, the Panthers' current facilities in uptown, including Bank of America Stadium, sit on just 33 acres.

The master plan calls for an innovated mixed-use, pedestrian-friendly community anchored by the Panthers but complete with commercial, employment, and residential use.

The renderings in the application show multiple “development areas." The blue area is where the Panthers would be located, the other colors are a mix of office, retail and more.

The entire application is conceptual in nature but meant to provide the city of Rock Hill with a detailed vision for the property.

The renderings also show a potential new I-77 interchange. The interchange will likely help ease congestion down the line, but the short-term may be a different story.

RELATED: Rivera on Cam: 'I'm not going to put pressure on him.'