For the first time ever, the Panthers will not play their home games on natural grass 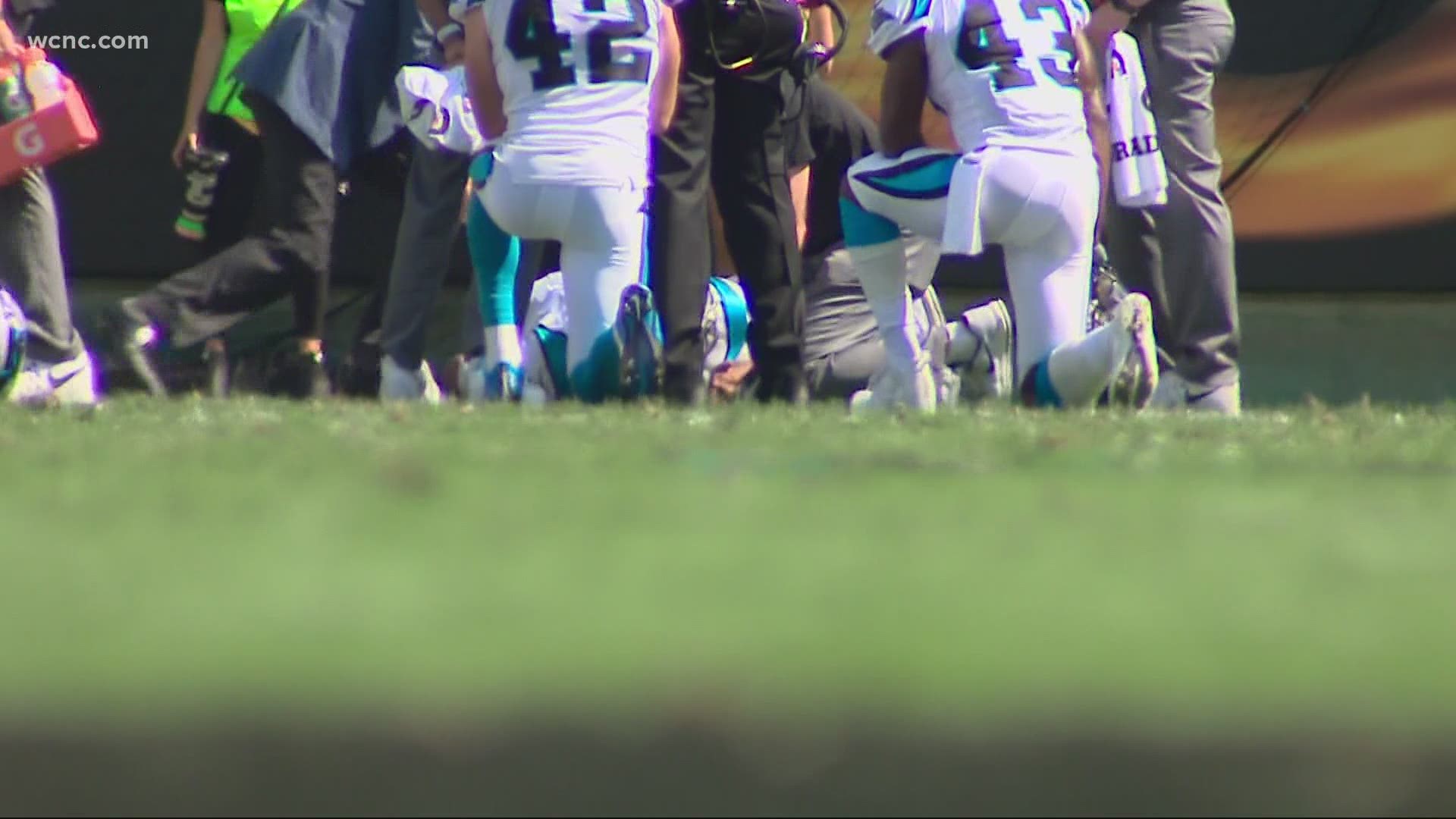 According to the stadium, real grass will be replaced with artificial

Officials noted that to keep grass, they'd have to re-sod continuously. For instance, the bench areas of an NFL field are hard to keep grass growing on, and those areas are in the field of play for MLS. When they get to the time of year when the schedules overlap, that's difficult to maintain.

The organization said they had reached out to players from both the Panthers and Charlotte FC before the decision was announced to update them on the change.

"We have conveyed our commitment to the players to maintain this field at a level consistent with the highest standards," Tepper Sports & Entertainment vice president and chief operating officer Mark Hart said.

Installing a FieldTurf product will also be consistent with what the Panthers practice on in the Atrium Health Dome behind the stadium.

The team still does most of its practicing on grass, and the new practice facility in Rock Hill (scheduled to open in 2023) will feature three full-size grass fields outdoors, one outdoor artificial turf surface, and one full-size indoor artificial field.

The plan is for all those artificial surfaces to be the same product, giving the Panthers consistency from the game week to game day. FieldTurf has also improved its product over the years, and the new Bank of America Stadium surface will feature the company's Vertex CORE turf and CoolPlay technology, which is designed to help keep the surface cooler than older artificial surfaces.

In MLS, Charlotte FC joins five other teams playing on artificial surfaces (Atlanta, New England, Portland, Seattle, and Vancouver). The surface at Bank of America Stadium is FIFA Quality Pro certified, and four other MLS teams already play on FieldTurf, including Seattle, Atlanta, and New England, where the football and soccer teams share playing fields. There are also 13 practice facilities in MLS that feature FieldTurf.

The release indicates that using both artificial and natural surface is the more modern approach but B of A Stadium is 26 years old and could not handle such a system. So there’s that. https://t.co/SFpBKHuubz

By making the decision now, work will likely begin within days and is expected to be completed by the summer.

While the life span of the FieldTurf surface could be up to 10 years, Hart said the plan is to replace the top layer every two or three years.