TWINS! 5-year-old Cam gave the other Cam a special 3D printed hand so they could match. 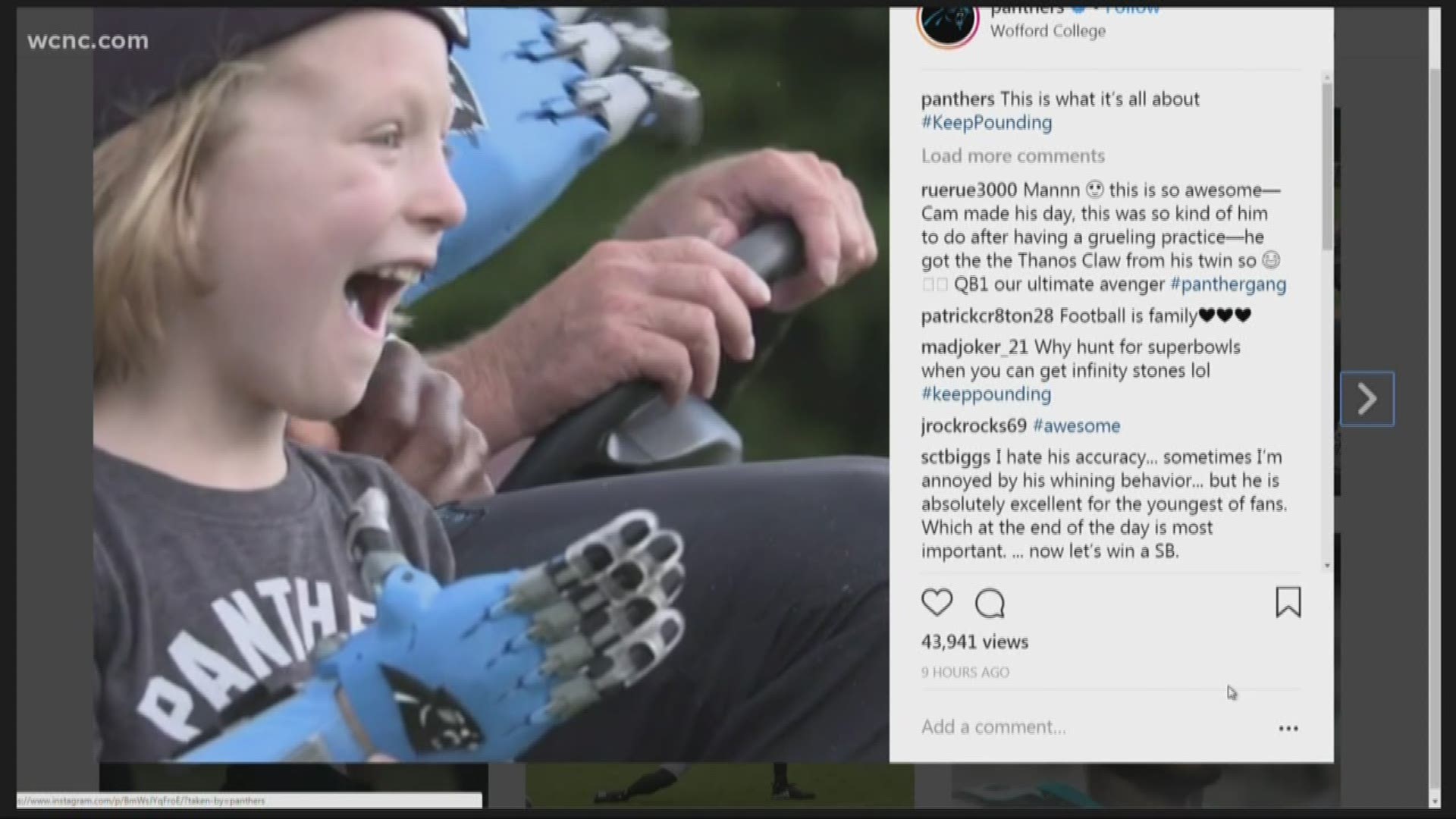 CHARLOTTE, N.C. -- It's not uncommon for fans to hand out special gifts to their favorite athletes during games and practices.

In baseball, then-Milwaukee Brewers star Prince Fielder made headlines after a fan loaned him a pair of sunglasses in the middle of a game. In Oakland, self-proclaimed bacon lover and then-Kansas City Royals outfielder Jeff Francoeur received a "Bacon Tuesday" t-shirt after the game from opposing fans.

Here in the Carolinas, a young Panthers fan visited Cam Newton during what appears to be the team's practice to hand him a specially-designed 3D printed hand.

The reason behind the gesture? So 5-year-old Cam can be "twins" with the 6-foot-5 Carolina quarterback.

After receiving the gift, big Cam gave little Cam a fist bump and offered to pose for a picture together.

Cam Haight wanted to be twins with Cam Newton...

So he printed him a special 3D hand 👊 pic.twitter.com/ab56QagTHF

"I hope you enjoy your hand," little Cam was heard telling big Cam in the video.

The Panthers Nation is hoping for a healthy season from Newton in 2018 after he underwent offseason shoulder surgery on his right shoulder in 2017. After struggling to throw the deep ball during the first couple of games in the 2017 season, Newton bounced back to finish the regular season with 3,302 passing yards and 22 touchdowns through the air with 16 interceptions.

Stick with WCNC.com for the latest Carolina Panthers updates.