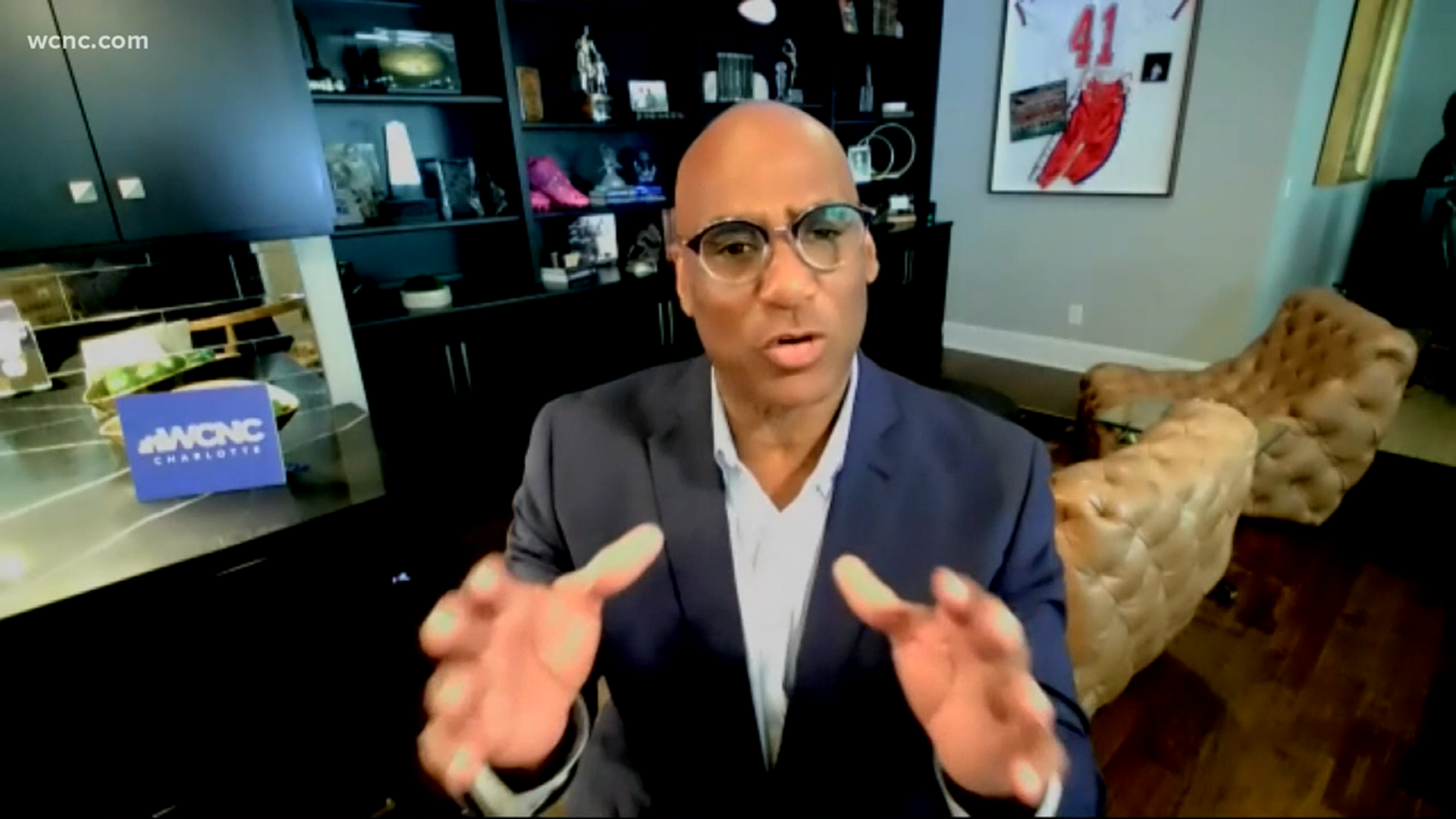 He went on to play collegiately at South Carolina State University from 2006 to 2009 as a defensive back and was selected by the San Francisco 49ers in the seventh and final round of the 2010 NFL Draft.

He did not end up graduating from South Carolina State University.

Adams played 15 games his rookie season but suffered a severe and "gruesome" ankle injury that required surgery and screws to stabilize the break.

It was called "one of the ugliest injuries of the NFL season," by NBC Sports.

In 2012, while playing for the Oakland Raiders, Adams suffered two concussions within a span of three games.

He played the week following his second evident concussion when the Raiders lost to the Carolina Panthers.

His six-year NFL career ended after the 2015 season he spent with the Falcons.

WCNC Charlotte reached out to the NFL for comment and they released the following statement: "Our hearts go out to the families and friends of the victims of this devastating tragedy."

Phillip Adams was named the suspect in a shooting that left prominent Rock Hill Dr. Robert Lesslie and five other people dead.

"I think the football messed him up," Alonzo Adams told DeVayne. 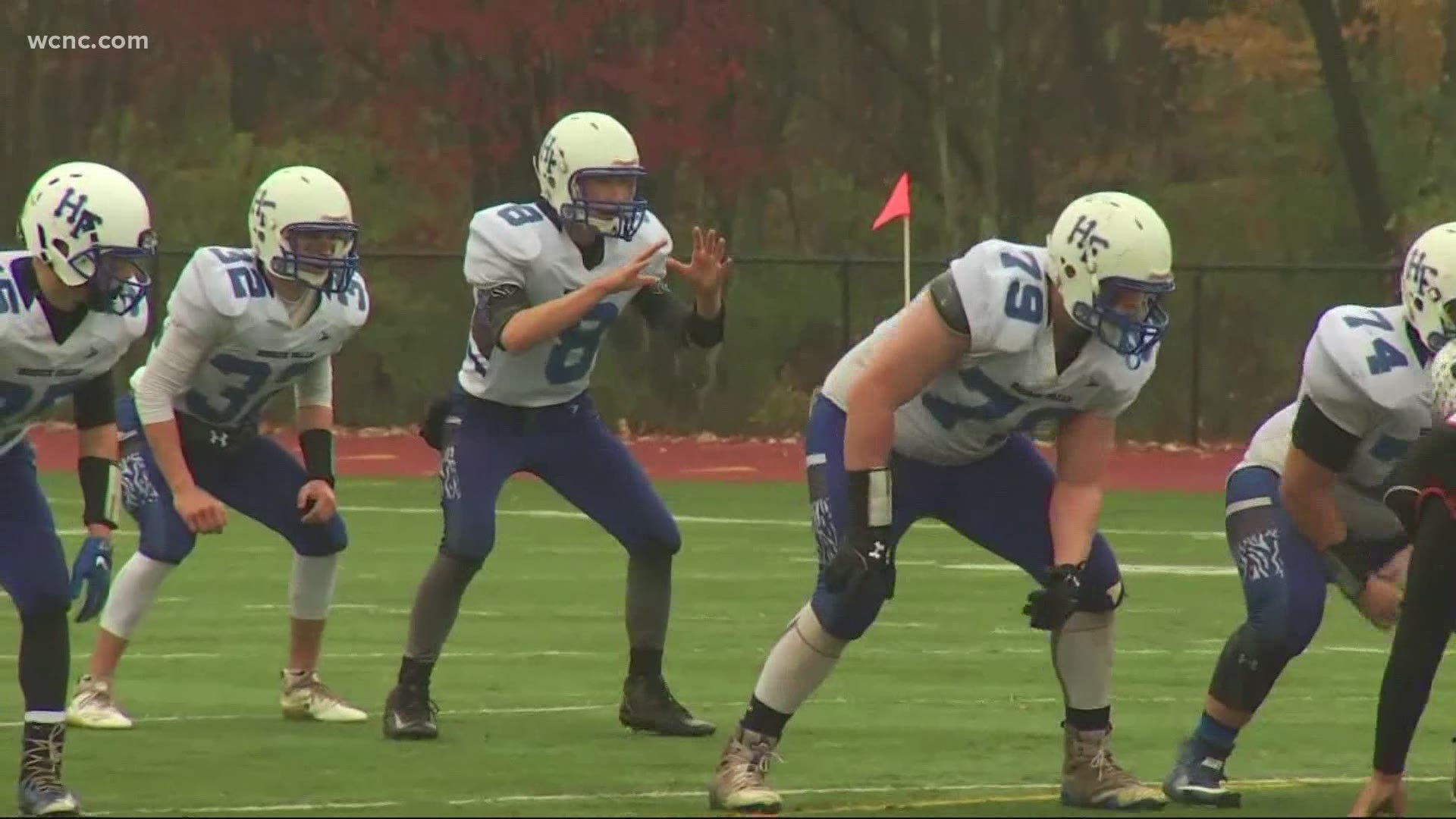 RELATED: Father of York County shooting suspect says son killed 5 others, then himself

"I don't think he ever did anybody any harm," Alonzo Adams said, before saying he knew the family. "All I can say is we pray for the family. He used to be my doctor a long time ago. I know they were good folks down there. We're gonna keep them in our prayers."

Alonzo Adams said investigators came to his house Wednesday night, and his son took his life inside the home.

According to his agent, Scott Casterline, Phillip Adams often isolated himself, even as a player. Casterline told the Associated Press he spoke regularly with Adams’ father, who left him a voicemail Wednesday morning.

“This is so unlike him. He had to not be in his right mind, obviously,” Casterline said to the AP, adding that Adams struggled away from the game.

“He had an injury his rookie year. Some teams wrote him off and he had that stigma of a guy who was hurt. His ability was better than a guy who bounced around a lot. All that weighed on him heavily,” Casterline said to the AP. “It was hard for him to walk away from the game, especially a guy as dedicated as he was.”

“We encouraged him to explore all of his disability options and he wouldn’t do it,” Casterline added to the AP. “I knew he was hurting and missing football but he wouldn’t take health tips offered to him. He said he would but he wouldn’t.”

“I felt he was lost without football, somewhat depressed.”

The Rock Hill School District released the following statement that said their community is "at a loss for words."

The Rock Hill School District and our community are at a loss for words to express our sadness and heartbreak for the tragedy that occurred in our community on Wednesday. The district views itself as an extension of the community, and when families in our care are hurting, we are hurting also. We cannot imagine the grief of the Lesslie, Lewis, and Adams families. Dr. Lesslie was a tremendous human being who cared for innumerable people in his medical career. He and his wife Barbara were pillars of our community. Their beautiful grandchildren, Adah and Noah, were students in our language immersion program at Cherry Park Elementary School. The teachers, staff and classmates of Adah and Noah are hurting and confused, as are many in our community. We may never understand why this has taken place.

We also want to acknowledge and extend our thoughts and prayers to Alonzo Adams and Phyllis Paden-Adams, the parents of Phillip Adams who graduated from Rock Hill High School in 2006. This is tragic for everyone.  Mrs. Paden-Adams was once a teacher in our district and worked with many students to make a difference in their lives.

When school resumes next week after spring break, we will have trained counselors available for students and staff to talk with at our schools as we all continue to process this unspeakable tragedy.  We will continue to keep our Rock Hill families in our thoughts and prayers.