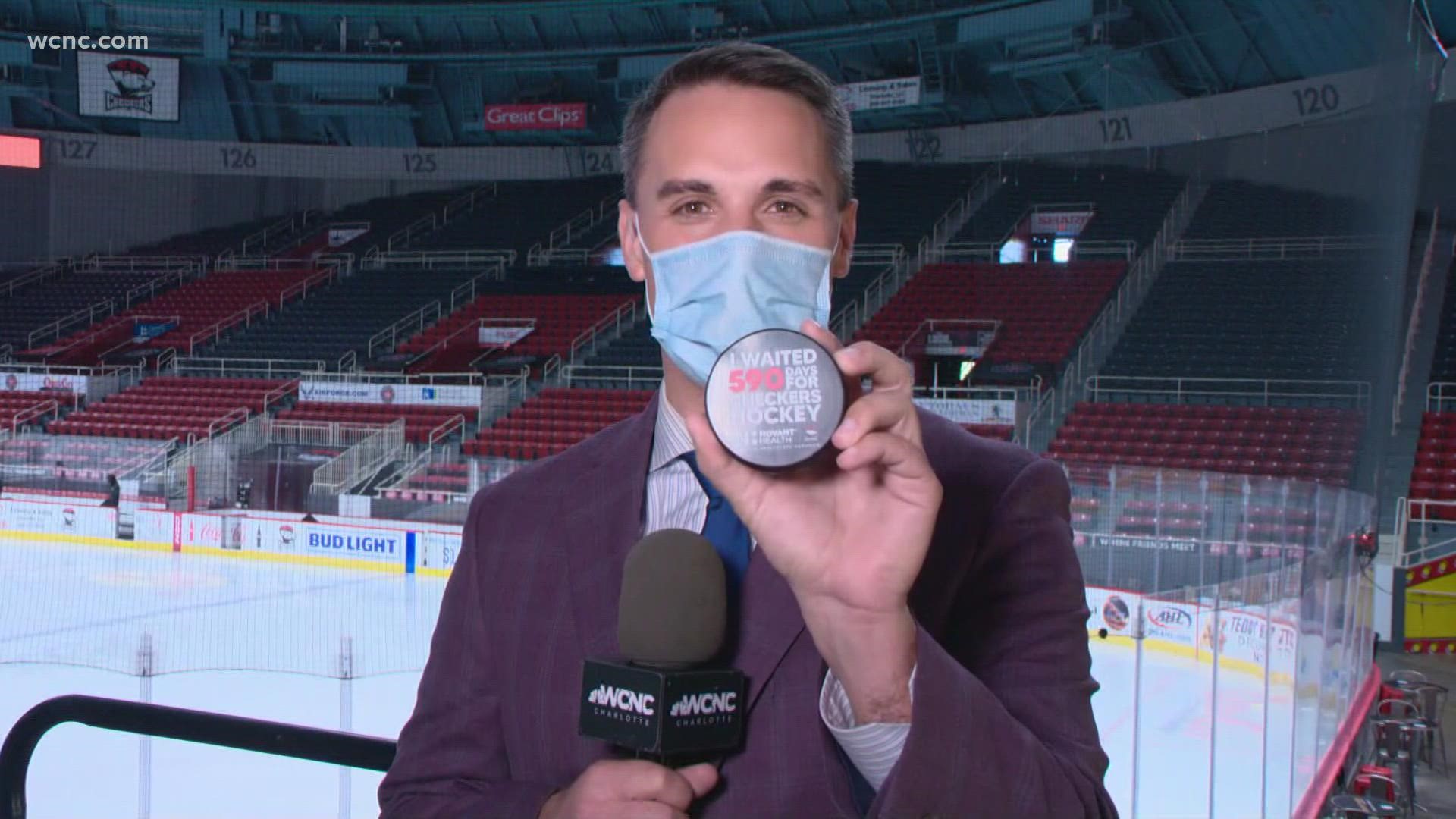 CHARLOTTE, N.C. — It’s been a long time since the Charlotte Checkers took home ice at Bojangles Coliseum. Five hundred and ninety days, to be exact.

On Friday, Charlotte’s beloved AHL team returned for a weekend series against the Hershey Bears. The Checkers won the game 5-3, and will face off again Saturday.

Charlotte's team has a new coach, Geordie Kinnear, and not one but two new NHL affiliations (Florida Panthers and Seattle Kraken).

No current member of the Checkers was on the roster in 2019 when the team hoisted the Calder Cup, but players know what to expect from a home crowd starving for hockey.

“Like a shook-up soda can ready to rock,” defenseman Connor Carrick said.

They remain the last team to win the Calder Cup and held on to the championship hardware until just a few weeks ago.