Shortly after the finals ended, it was announced that Anna Cockrell had been disqualified. But at first, it was unclear exactly why. 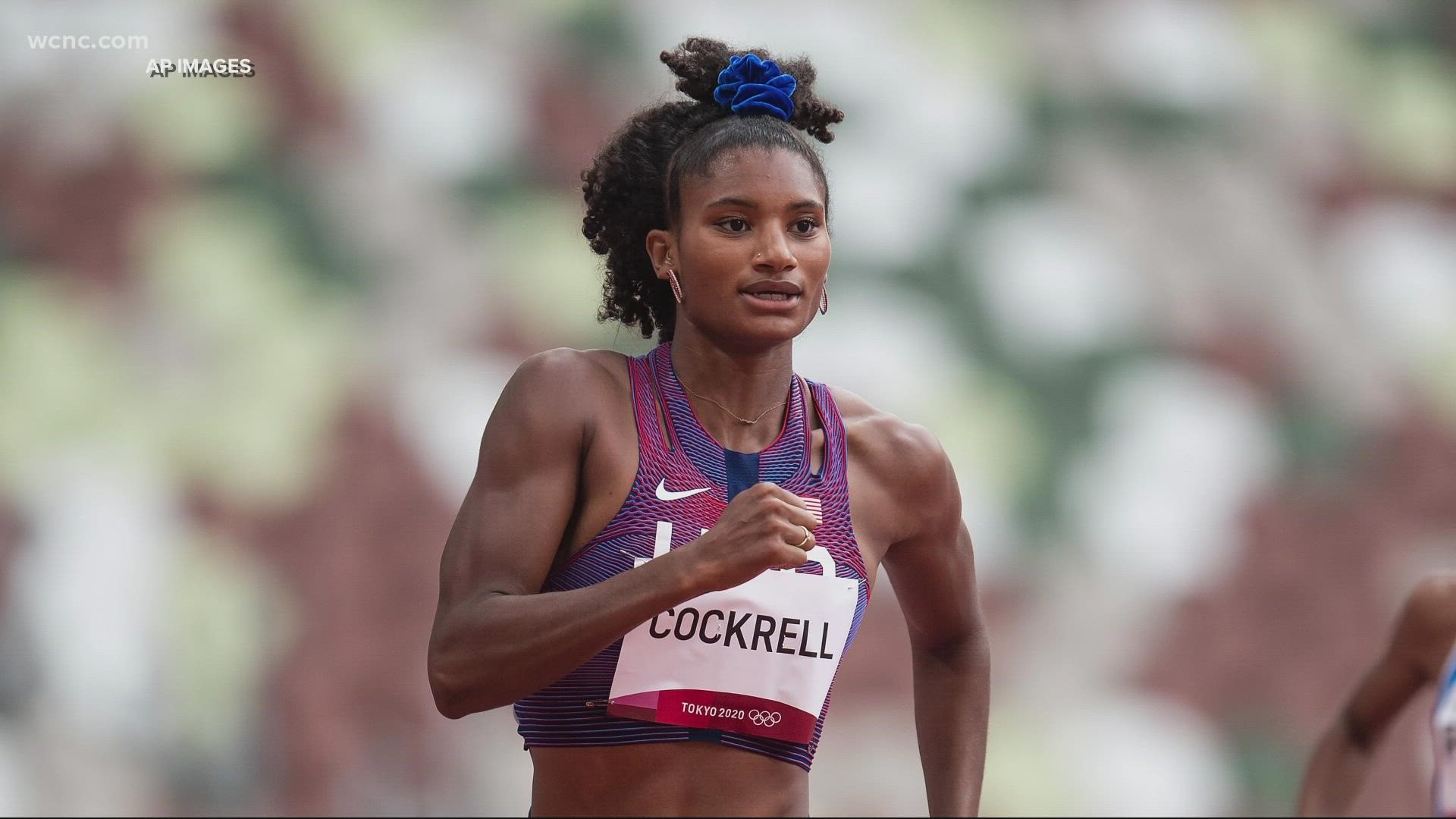 TOKYO, Japan — Anna Cockrell was disqualified from the women's 400m hurdles finals at the Tokyo Olympics Tuesday night (ET). The news of her disqualification quickly took over Twitter -- namely because people weren't quite sure why she was disqualified.

Editor's Note: The attached video aired prior to the race on Tuesday.

Cockrell didn't seemingly make visible violations and announcers did not explain her disqualification, leaving many to wonder what happened.

NBC later confirmed the lane violation on air, after the live telecast of the event had concluded.

Anna Cockrell's DQ reason wasn't listed but it was almost certainly a lane violation somewhere along the way. She'll definitely be back.

No explanation for how Anna Cockrell DQ'd though...this coverage has been a mess #Olympics pic.twitter.com/bJ4alRAtFC

They are saying Anna Cockrell was disqualified because of a lane violation?

Charlotte-native Cockrell qualified for the finals after getting a finish time of 54.17 in the 400m hurdles semifinals -- coming in second, behind first-place finisher Femke Bol, who had a finish time of 53.91.