The Positive Coaching Alliance said the pressure to perform after a lost pandemic season is leading to a stressful game environment. 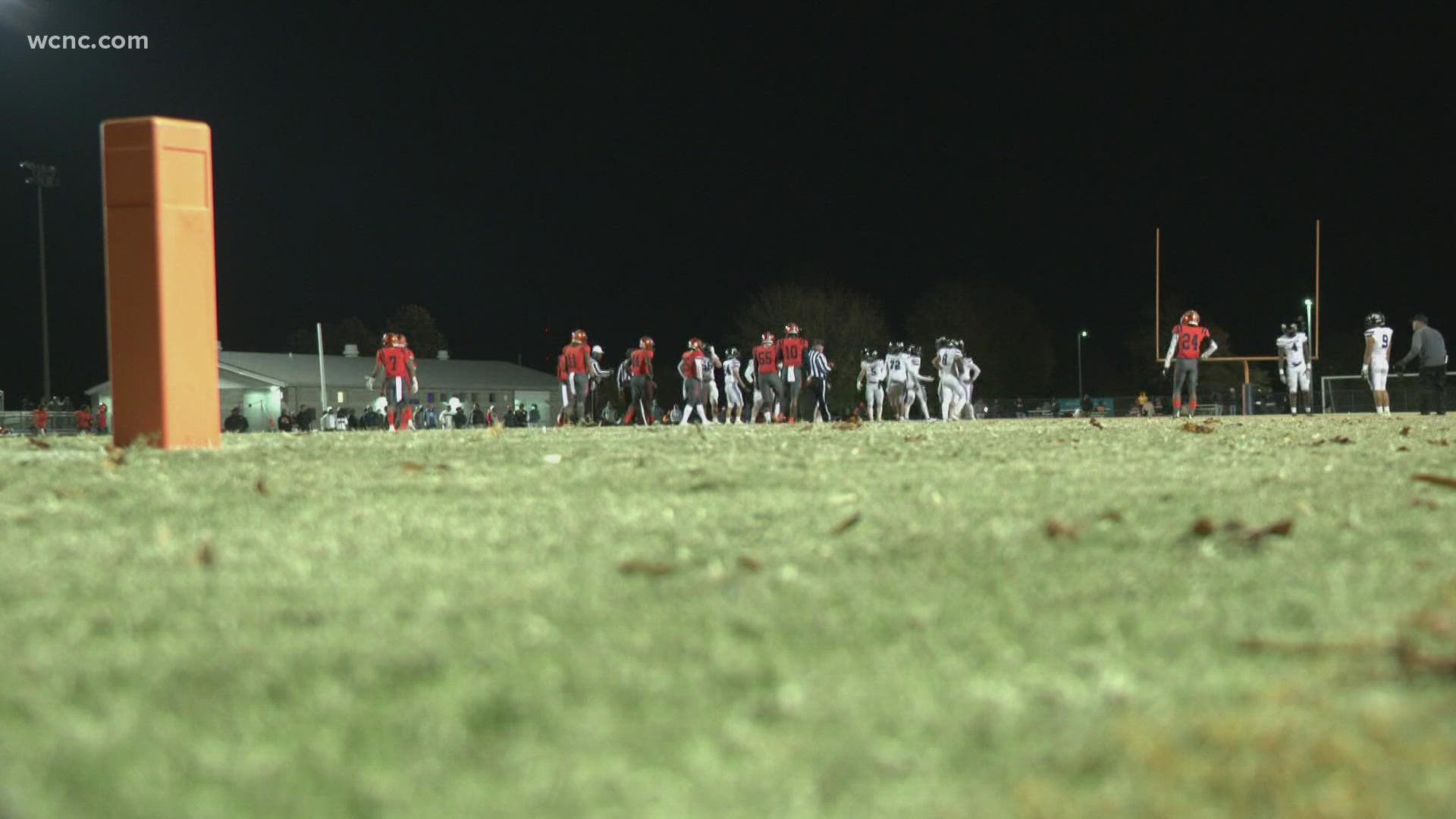 CHARLOTTE, N.C. — As protocols ease and youth sports leagues start back up, the pandemic is contributing to a rise in the number of incidents during youth sports games, including screaming matches and fights, according to the Positive Coaching Alliance (PCA).

Jason Sacks is the chief development officer of PCA, which advocates for a more positive youth sports experience. He said the pressure to perform after a lost season due to the pandemic has resulted in stressful game environments.

"Because of the time off, people have been so fired up and revved up getting back into youth sports, and maybe even trying to make up for lost time," Sacks said. "There is some increased pressure being put on kids, but I think that pressure's always been there."

During a November 13 Pop Warner playoff game in Cary, a Charlotte football coach sustained injuries while trying to break up a fight between two players on opposing teams.

VIEWER VIDEO WARNING: A Charlotte Pop Warner youth football coach sustained injuries while trying to break up a fight between players during a playoff game. We speak to the coach at 5:30 pm @wcnc about why he feels Pop Warner needs to make policy changes. pic.twitter.com/rDRrlt1Jy6

Watching from the sidelines of a playoff game between Porter Ridge and Julius Chambers High Schools Friday night, Gwen Lisenby said she's seen plenty of parents lose their cool, but she added many of them feel pressure ensuring their children succeed in athletics.

"I understand sometimes the frustration, but not where you take it to the limit," Lisenby said.

Sacks explained, "If I'm an athlete, and I'm looking over at the sideline, and I see my coach acting in one way, then I'm going to sort of look at that as saying, 'Okay, well if he or she is doing that, then I can do that as well."