Pandemic Preseason: What Panthers training camp will look like in 2020 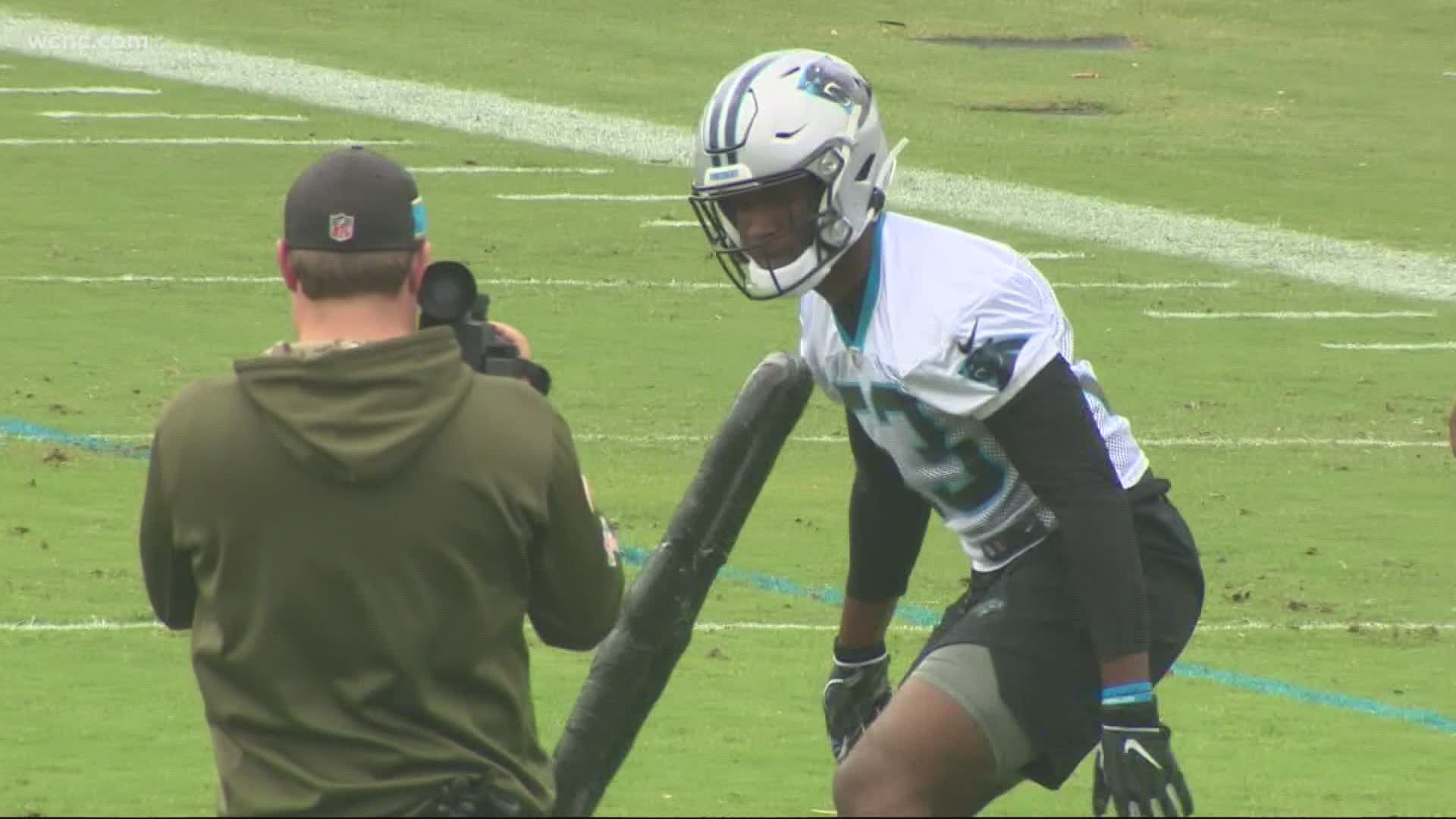 CHARLOTTE, N.C. — This will be an NFL preseason like none before. There will be no exhibition games, little media access and no true "camp" atmosphere like the Carolina Panthers are used to.

That's the biggest change for the Panthers -- they will train at their home in Charlotte, and for the first time in franchise history, not at Wofford College in Spartanburg, S.C.

Here's what else will be different.

Most years, the first few days see the players move their belongings in to dorm rooms at Wofford College and settle in.

This year, players will arrive at Bank of America Stadium beginning Tuesday to begin a week of COVID-19 testing.

Players must test negative twice 72 hours apart to be allowed back this weekend (Aug. 1-2) to take their physicals and receive their equipment.

Testing will continue all season. The first two weeks of camp, testing will be done daily, then will decrease to every other day if the positive test rate is below 5 percent.

Any time the rate goes above 5 percent, the NFL will switch back to daily testing.

Not having had any official off-season workouts (OTA's, minicamps), players will need to be put through proper strength and conditioning during this period.

Conditioning will be done in small groups under fifteen players.

Teams may also hold "walk through" sessions during this period.

During this period, players may wear shirts, shorts and helmets, but not full pads.

The first practices are limited to 90 minutes, and can increase by 15 minutes daily up to two hours.

In 2019, the Panthers held their first fully-padded practice on July 27th.

They cannot put the pads on until Aug. 17 at the earliest.

With no preseason games, the Panthers may hold up to 14 padded practices through Sept. 6.

The following week they will prepare for their first game action, the regular-season opener against the Las Vegas Raiders.

Because access to Bank of America Stadium and the Atrium Health Dome is limited due to health concerns, media access will be limited.

During on-field practices, the Panthers may allow one pool reporter (Associated Press, Charlotte Observer, etc.), to put out information and observations that any other media outlet that covers the team may use.

The same will be done for video, with local TV stations including WCNC Charlotte rotating in to practices on different days. Pool video feeds will also be provided so that WCNC Charlotte can deliver full reports each day of training camp.

Like they have for the majority of the off-season, players will be made available for interviews virtually, with some players talking to every reporter at once, and some talking to just a few, or even one reporter for a story.