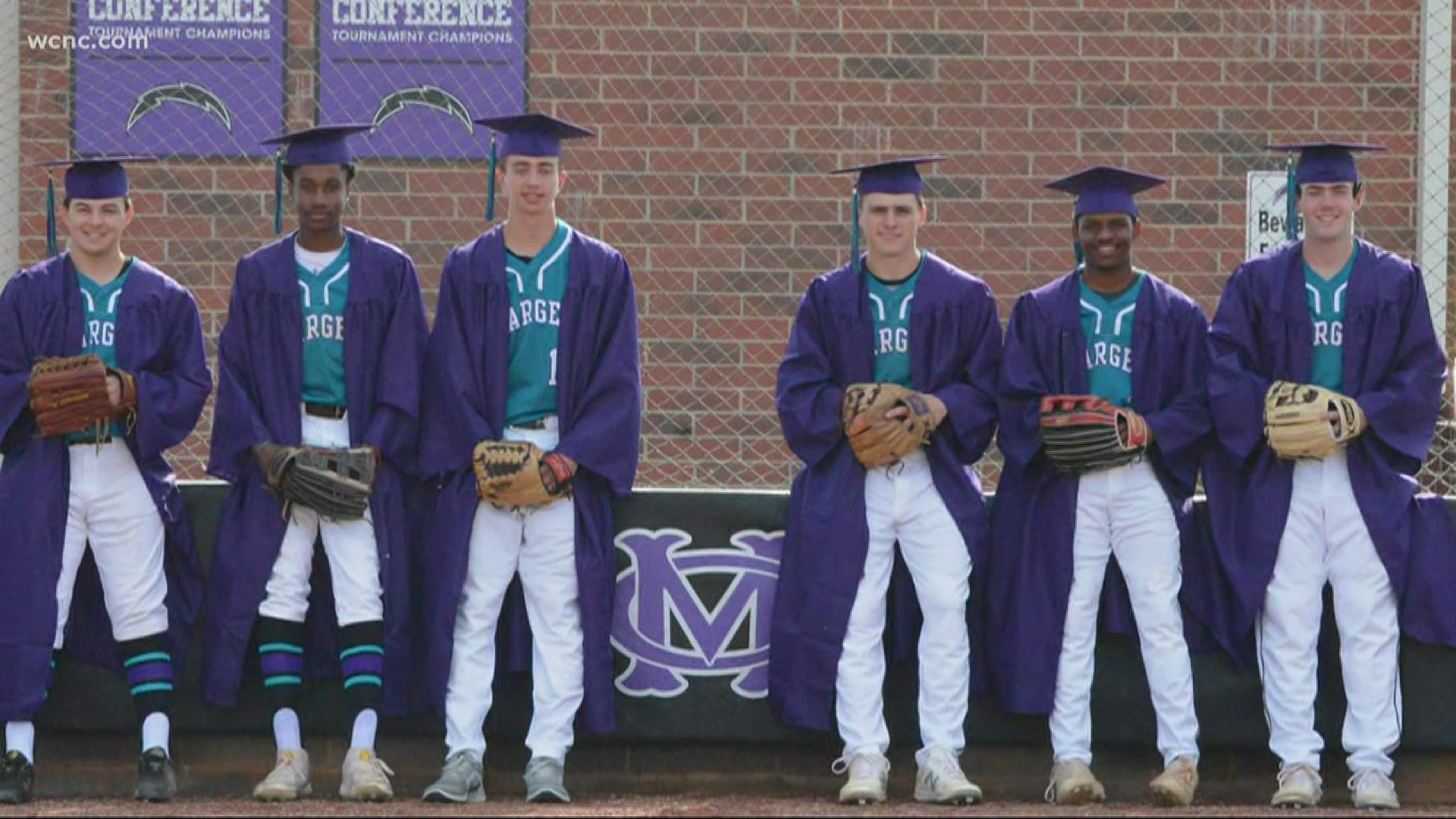 "When we got the news it was really just heartbreaking," said Cox Mill senior softball player Scottie Lister.

"I think we all had hope that it would just be a little break," added Chargers baseball player Chandler Riley. "But then when Friday came it was just a bummer I guess."

In mid-March, the Cox Mill baseball and softball teams played early-season games. They hoped they wouldn't be their last.

"You could tell that everybody's emotions were high," said Riley. "Everybody really wanted to win and we were trying to fight."

Lister added: "The whole game was just very emotional to everyone. We really fought hard for it, and kind of assumed that it was going to be our last game. So we put everything we had in to it."

"They're going to be very a much a part of this program," said softball coach Danielle Gaimari, "and we're not going to forget these three seniors because they deserve their legacy."

Baseball coach Windell Robertson told his team: "Your legacy, you'll be endeared to the community, the school and the program because of the way you handled yourself and the situation."

So one more time for the 2020 baseball seniors Chandler, Brennan, Nick, Bailey, Cole and Darrien.

And for the softball seniors Scottie, Lexie and Mary.

"I think our legacy is how we handled the COVID-19 adversity," Riley said.

Los Angeles Lakers got $4.6 million from small business relief program, then returned it

Newman says he will be ready to race when NASCAR resumes