Thomas Davis will retire as a Carolina Panther

The legendary linebacker officially announced his playing days were over on Wednesday. 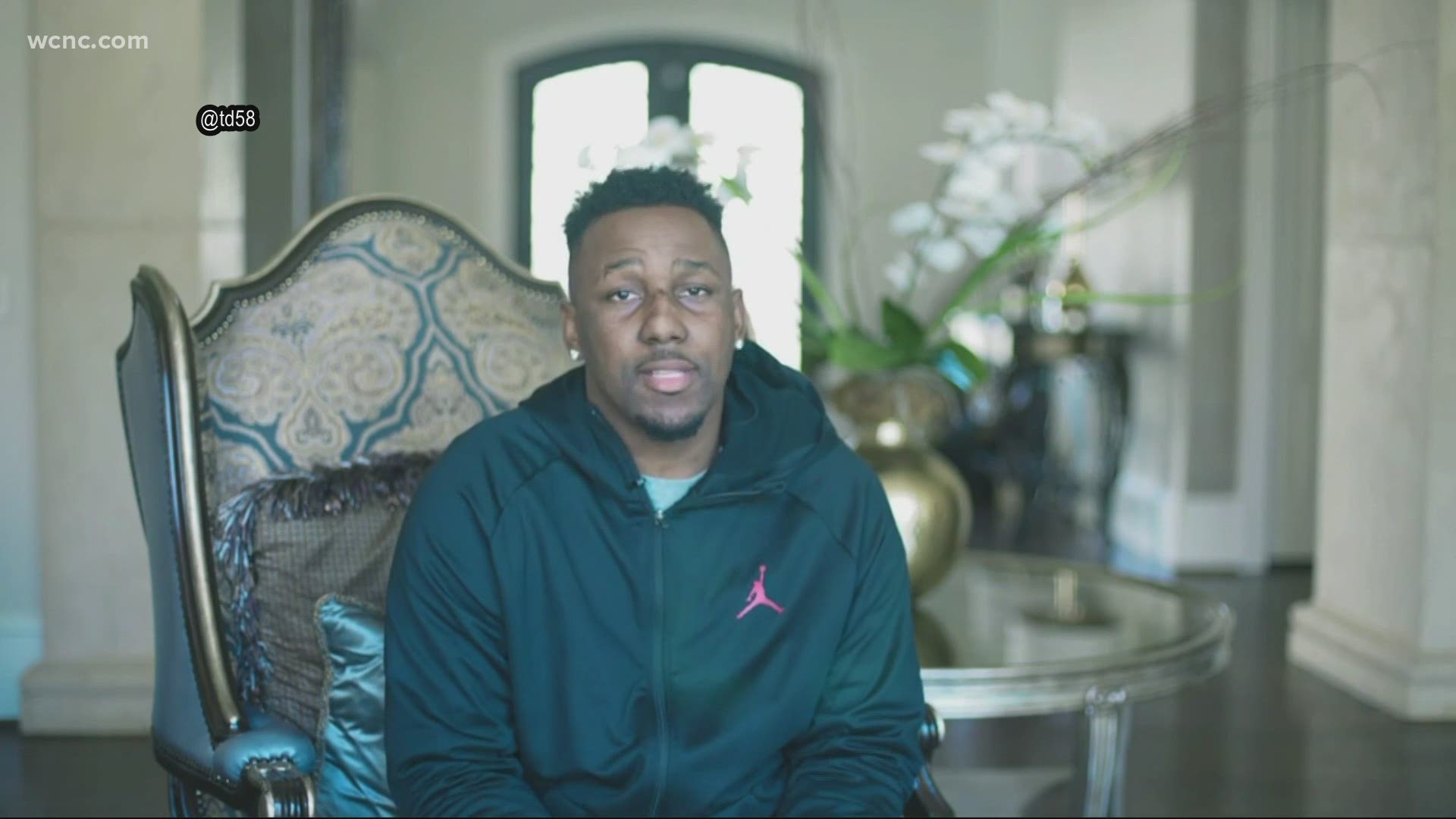 CHARLOTTE, N.C. — Thomas Davis officially announced his retirement on Wednesday night and will be signing a ceremonial one-day contract with the Carolina Panthers next week.

The All-Pro linebacker was released by the Washington Football Team but was expected to call it a career after the 2020 season.

Davis will now officially retire with the team he began his career with and helped reach the Super Bowl.

“To the Carolina fanbase,” Davis said, “I just want to say to you guys, you have been tremendous throughout my entire career. I can not thank you guys enough for your love and support.”

Davis was Carolina’s first-round draft pick in 2005, and played the majority of his career with the Panthers.

In 14 years with Carolina, Davis racked up 1,098 combined tackles, 28 sacks, 13 interceptions and a defensive score.

All of this while tearing the ACL in his right knee three times.

For his work off of the field, Davis was named NFL Walter Payton Man of the Year in 2014.

Davis made the Pro Bowl in 2015-17 and was named First-Team All-Pro in 2015, after leading the Panthers to an NFC title.

The 2014 #NFL Walter Payton Man of the Year Winner has been giving back in Charlotte since his arrival, and still will... pic.twitter.com/laNwR0tnEV

Davis spent the last two years of his 16-year career with the L.A. Chargers and Washington Football Team.

“To be able to play 16 years in this league has truly been a blessing,” said Davis. "And I can’t thank God enough for seeing fit to put me in this position to do that.”

Davis will sign his one-day contract with the Panthers on March 11.