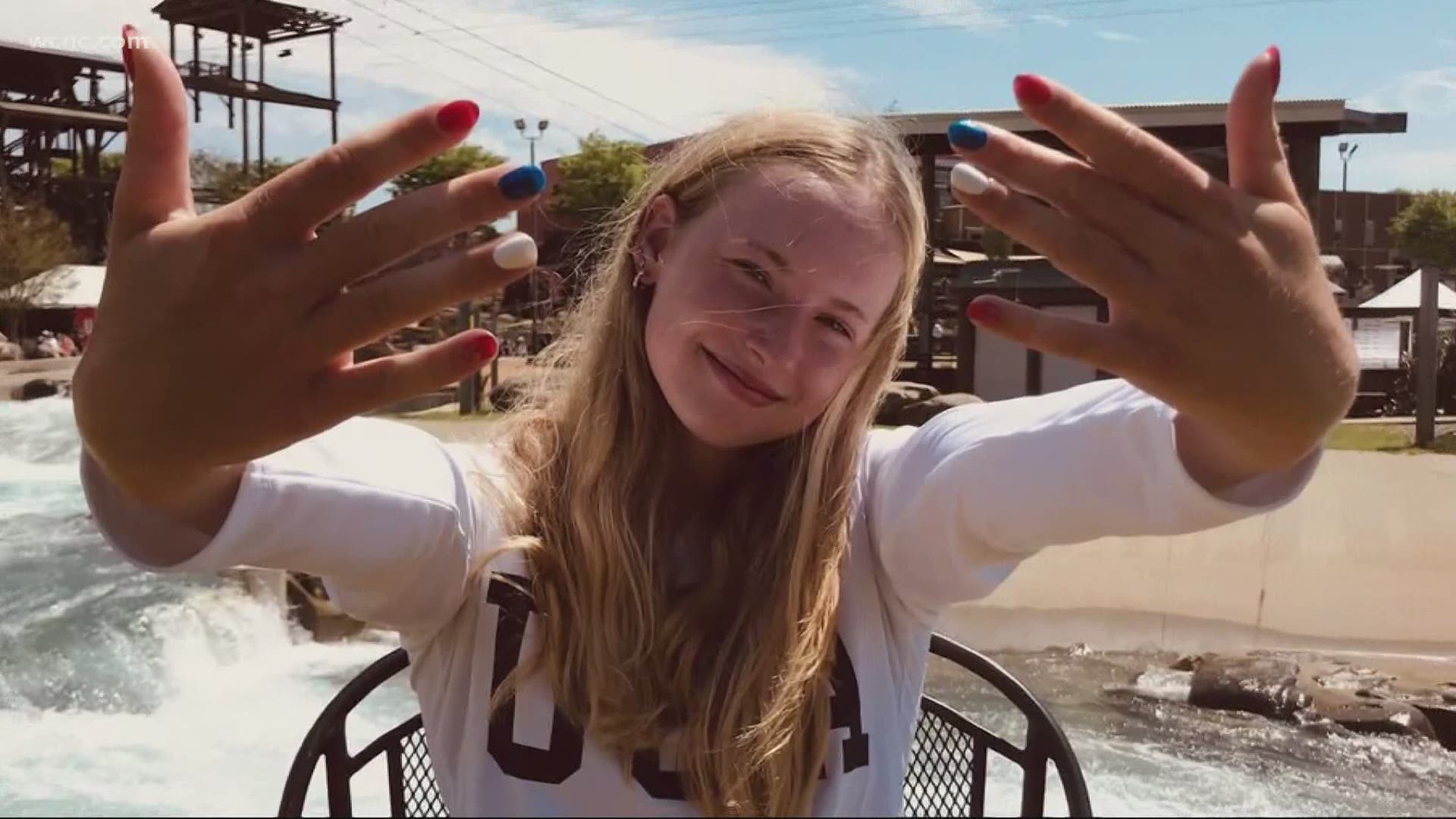 "I'm so excited to compete at the games," she said, "but also the clothes for me, super excited."

She's excited about her Team USA, Olympics gear, and her patented red, white and blue fingernails that she paints for competitions.

"I'm looking forward to it," Leibfarth said. "I think I have some special ones planned for the games."

But make no mistake, on that river Evy Leibfarth is whiz kid on the whitewater.

She absolutely nails her slalom runs in canoe and kayak.

Though she's trained full time at the U.S. National Whitewater Center in Charlotte the past few years, Leibfarth is from Bryson City, where she grew up paddling on the beautiful Nantahala River with her parents.

"Going fast," she said. "I loved going fast. I'd be yelling, faster, faster!"

She was a fast learner.

Under her father, Lee's tutelage as coach, and mother Jean, she rose through the worldwide ranks.

Like the elite in her sport, she learned to be one with the water.

"If I close my eyes through a rapid I could make it through fine," she said. "Because I'm so used to feeling those little movements on the water and how they affect my boat."

Just a few weeks ago she won the Junior World Championship in kayak.

"I sobbed at the finish," Leibfarth said. "I just had all these emotions. It kind of reminds me I've been training really hard for this. And if I can put down a good run I know that I can be one of the best. It's this great feeling going in to the Olympics."

Proudly ready to wear her red, white and blue. From head to toe, and her fingernails too.