Ken McCool, the youngest elected official in North Carolina, has turned his focus to Tik Tok as a way to engage young voters in local politics. 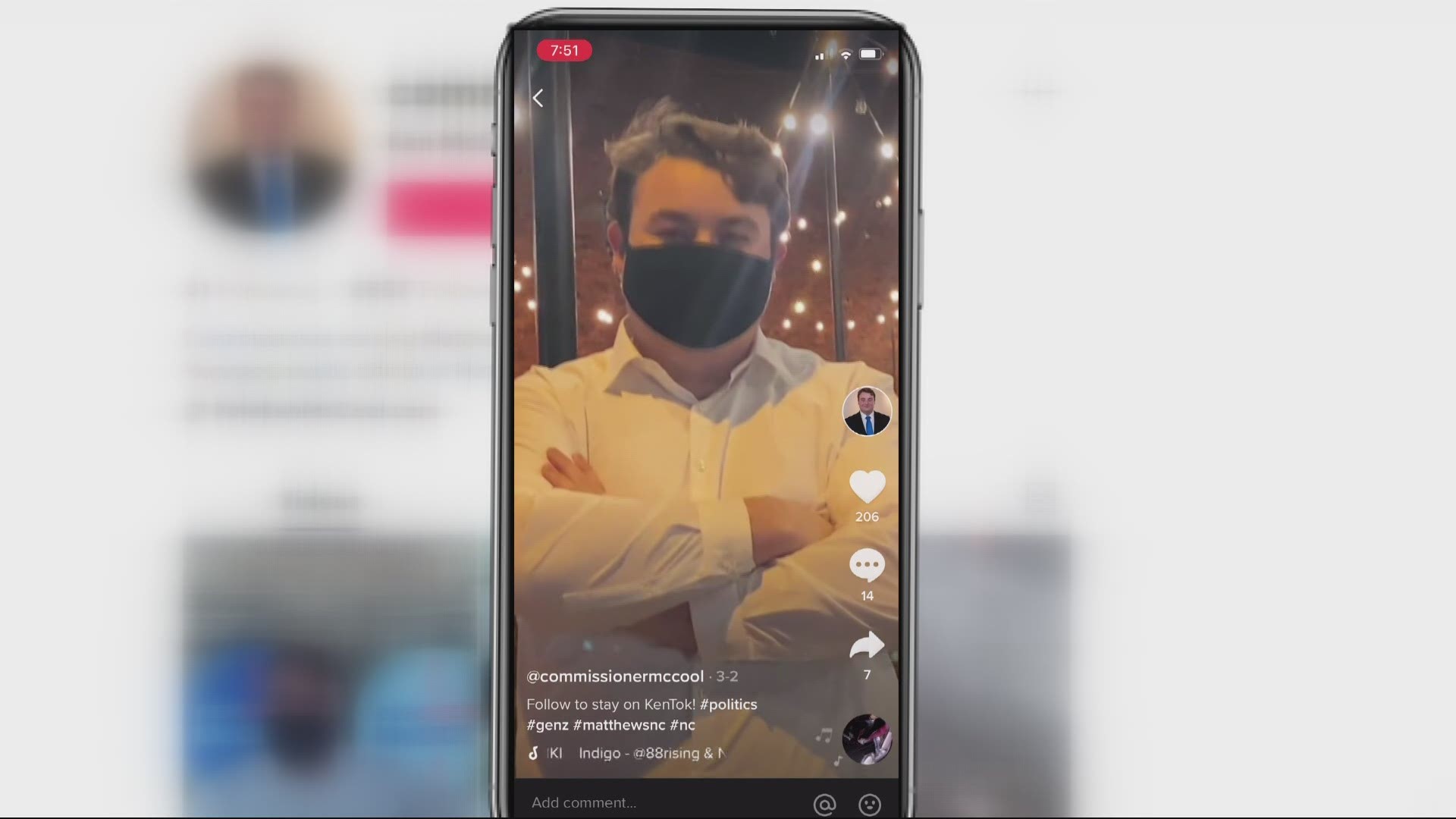 MATTHEWS, N.C. — TikTok is a popular app among millennials and Gen Z, with its funny videos, dancing and sketches serving as a fun escape for so many people.

Now, a Charlotte-area politician is finding TikTok fame by using it to connect with the younger generations. Matthews Town Commissioner Ken McCool is raking up cool points on social media as the youngest public official in North Carolina.

He started the account about a month ago to make politics more fun.

"It's a platform for younger people. And this is my best chance to reach out to the younger people in the town of Matthews and surrounding areas to make sure that they're engaged in our politics," McCool said. "That's all I'm trying to do, is bring their voices to the table, too.

"The problem that people have is they feel like, you know, politicians are inaccessible and not approachable. I want to be the complete opposite of that."

McCool hopes other elected officials will be inspired to find new ways to connect with the younger generation.

"If you look at the statistics, young people could change every single election if they just came out and vote," he said. "Young people play such a crucial role in politics.

"I always make this comment to young people. I have more of an immediate impact on your life than President Biden does. I just do, because we do things like roads, schools, police, fire, all the things that affect your day-to-day lives. And young people don't see it and don't know who we are."

Will every local politician become a TikTok star? Probably not, but McCool says for him it's a start. And proof that young people have a voice to be heard.

"I've had people reach out, you know, 'hey, where can I watch board meetings? Where can I get involved in the town of Matthews?' That's super important, it's exactly what we wanted to do," McCool said.