South Carolina officials said the project is ahead of schedule with a goal of being completed before May 24. 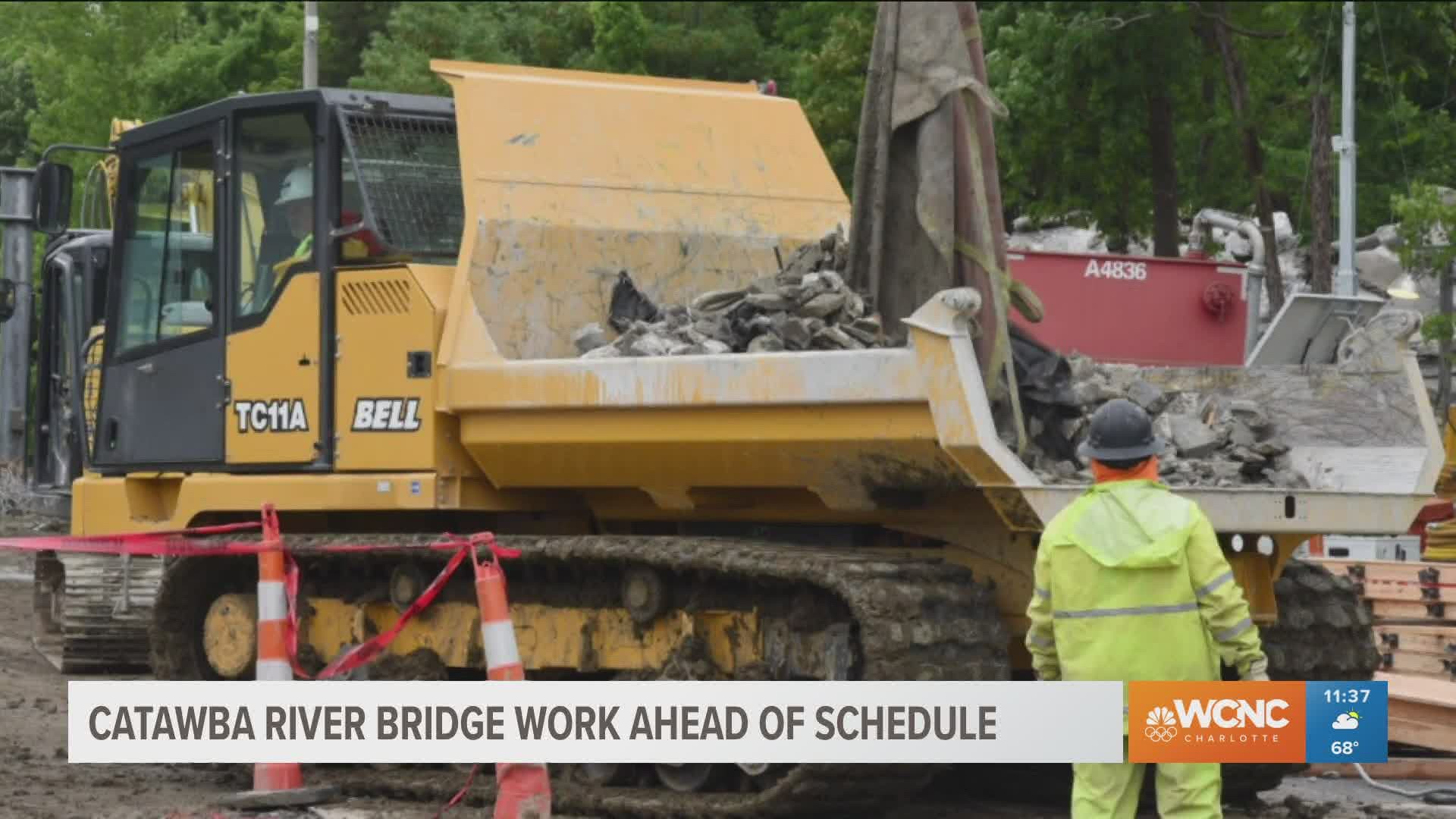 ROCK HILL, S.C. — The I-77 southbound Catawba River Bridge project has been causing traffic headaches for a week in Rock Hill, South Carolina, but there is good news.

The South Carolina Department of Transporation says the project is actually ahead of schedule. That's right, a major highway construction job is going faster than expected.

SCDOT's Leland Colvin said the renovation project is on track to be completed ahead of May 24, meaning it shouldn't impact Memorial Day traffic.

"The project is on schedule, actually slightly ahead of schedule," Colvin said.

In one week, crews have been able to demolish the old southbound deck and begin prep work to pour concrete over the new layer. Colvin said the bridge, which is 48 years old, couldn't take any more temporary fixes as 120,000 cars drive across it daily in both directions.

"Prep work, we're about 35% complete with that, and then we completed one of our six concrete pours," Colvin said.

RELATED: Everything you need to know about the Catawba River Bridge construction on I-77

As for traffic, state officials said they're seeing the heaviest congestion between exits 83 and 82 on the southbound side of I-77 during the evening commute. Spots like Celanese Road Cherry Road and Sutton Road are also seeing major delays.

Crews are continuing to make signal timing adjustments at the project's nearby traffic control center to improve traffic flow.

Meanwhile, other than a truck running out of gas in the middle of the project, SCDOT confirmed there have been no other major problems.

"With the progress of the contractor, knock on wood, there hasn't been any major incidents within the work zone itself," Colvin said.

After a successful first week, Colvin said the state is hopeful nothing changes to slow down the contractors.

"All of our workers are staying right there local, the contractor rented out a whole hotel," Colvin said. "They're working in two 12-hour shifts and those workers will be on the job until the duration."

SCDOT said the gas shortage that impacted local stations across the Carolinas has not affected the project in any capacity, as tankers were filled and parked on the job site to keep equipment moving at all times.