Currently, there are 70 diesel-powered buses but officials said over the next seven to 10 years, they’ll be replaced with 50 electric buses instead. 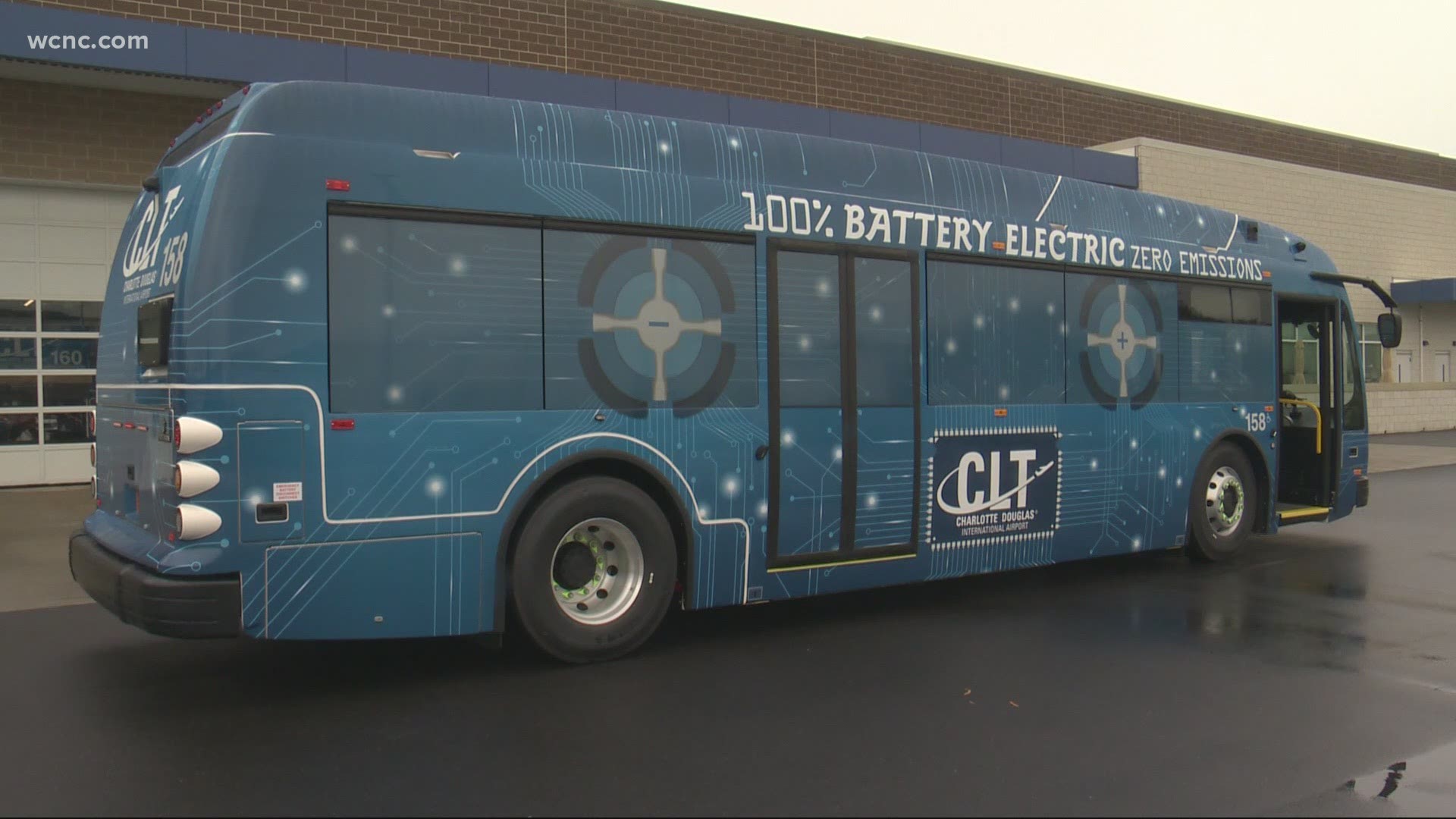 CHARLOTTE, N.C. — As of Tuesday, some passengers at Charlotte Douglas International Airport who need to park and ride to and from the airports terminal will experience a new set of wheels.

“It’s going to be a much more comfortable and quieter ride," Chief Operating Officer Jack Christine said. "The biggest thing you’re going to hear on the bus is the air conditioner.”

Five new 100% battery-electric buses — made by California-based company Proterra in the Greenville, South Carolina location —  have been added to the fleet to help the airport's goal toward greater sustainability.

Currently, there are 70 diesel-powered buses but officials said over the next seven to 10 years, they’ll be replaced with 50 electric buses instead.

“The additional buses we have in the fleet is really to make sure we have a full fleet of buses we can operate every day," Christine said.

However, the first five buses alone rolling out Tuesday will not only save the airport 50,000 gallons of diesel fuel but also $90,000 in overall fees.

The electric buses will seat 23 people at a time, will only take 3 hours to charge to get up to 150 miles, and will have a 12-year lifespan compared to an eight-year lifespan of a diesel bus.

Replacing the diesel fleet with electric buses will also have an annual impact equal to removing 2,900 cars from city streets.

“We’re looking at the overall life cycle costs of the bus, while we’ll pay more on the front end the reduction of maintenance, fuel costs all will bring that total costs of ownership to a lower number for the electric buses versus the diesel buses over their tenure," Christine said.

Airport officials said old diesel buses will be auctioned off.