Temperatures well below average Wednesday for the Carolinas

Afternoon highs will be in the mid-50s, well below the average for this time of year. Larry Sprinkle says we'll see periods of heavy rain all day long Wednesday. 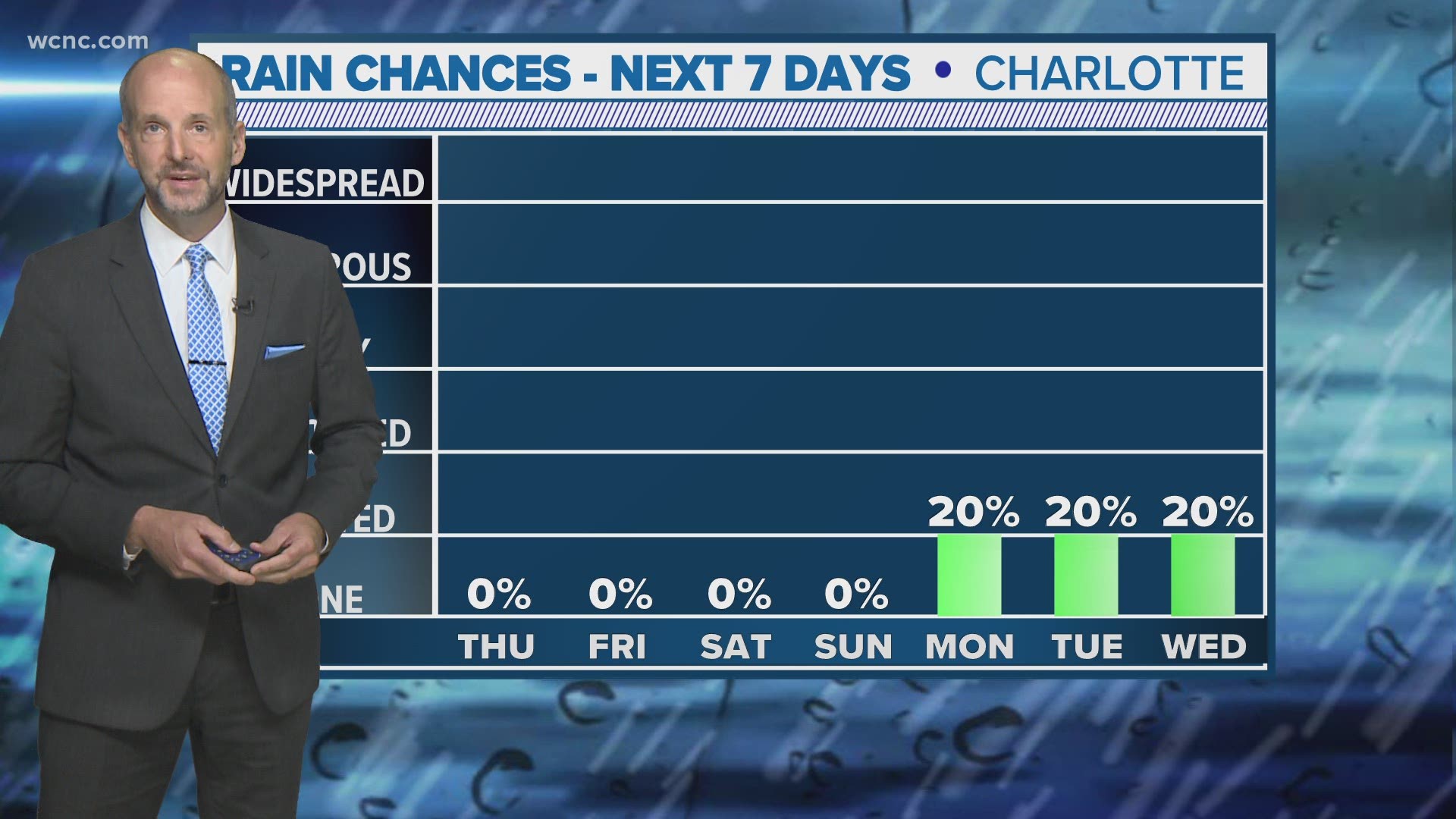 CHARLOTTE, N.C. — Wednesday is going to be an unseasonably cool day in the Charlotte region with widespread showers across the Carolinas.

By 9:30 a.m. Wednesday, temperatures were into the upper 50s and are expected to fall into the mid-50s by the afternoon. First Warn forecaster Larry Sprinkle said light rain will fall across the Charlotte metro throughout the day.

"It's really one of those days with clouds, cool temperatures and very light rain," Sprinkle said. "We're not expecting any storms."

The average high for this time of year in Charlotte is 79 degrees. We won't come anywhere close to that with Wednesday. The foothills and Piedmont can expect afternoon highs in the mid-50s before temperatures drop into the 40s Thursday morning.

That persistent rain won't lead to high totals, but some areas south of Charlotte, including Fort Mill and Lancaster, South Carolina, could see up to a half-inch from Wednesday's showers.

"We'll be staying in the low 50s from say, 9 a.m. right through the afternoon," Sprinkle said. "Some of the heavier rainfall would be between 9 and 10 o'clock this morning."

Fortunately, the cool weather isn't going to last long. Sprinkle says Charlotte will be back to normal with temperatures near 80 by the weekend and the start of next week.