"Hugo's winds across western North Carolina caused tremendous destruction to a region that virtually never sees such impacts from a tropical system." 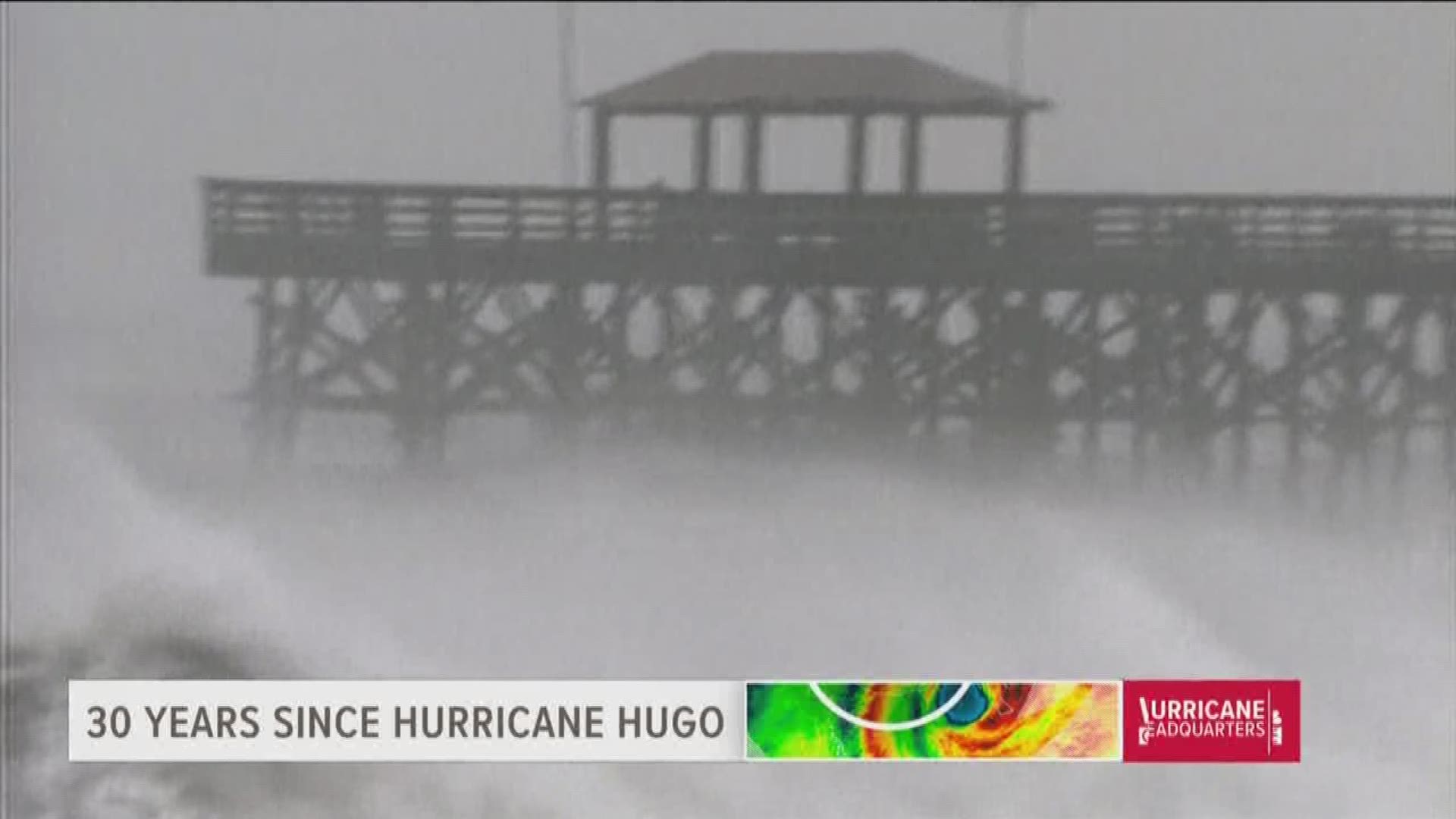 The monster storm had formed over the eastern Atlantic near the Cape Verde Islands nearly two weeks earlier in September of 1989.

Hugo was a Category 4 hurricane with wind speeds well over 130 mph when it hit Isle of Palms. The storm also devastated the Caribbean Islands of Guadeloupe, St. Croix, and Puerto Rico.

Even the western Piedmont and foothills of North Carolina felt Hugo's wrath hours after it made landfall.

Hugo's center passed over I-77 between Columbia and Charlotte around 5 a.m. on September 22, according to the National Weather Service (NWS). It wasn't until Hugo finally crossed I-40 between Hickory and Morganton that it was downgraded to a tropical storm. 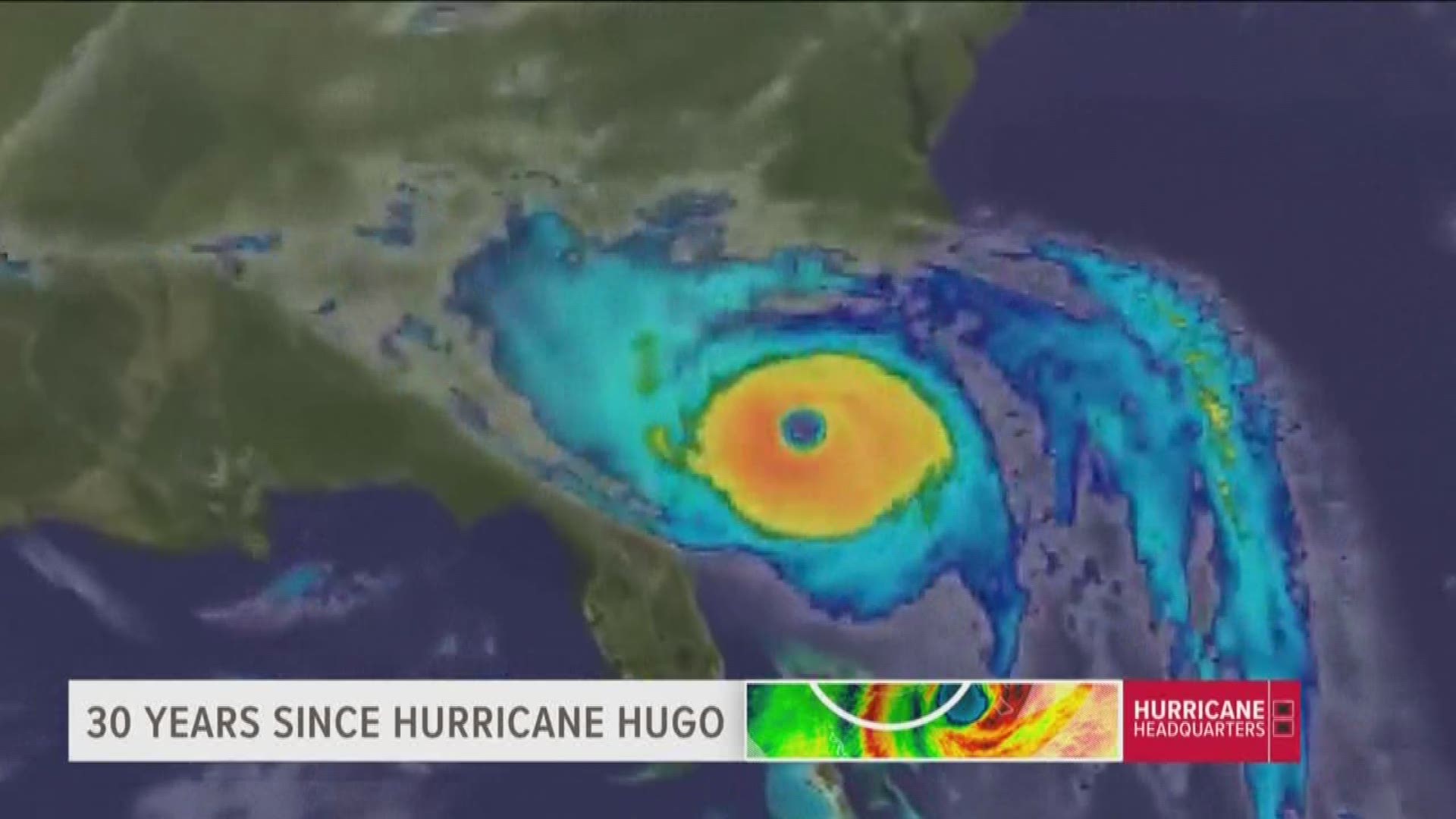 If you lived in the Charlotte area in September 1989, chances are you have a Hugo story.

And it probably starts something like this: “We were without electricity for…”

Homes were dark, businesses shut down, and Charlotte was ground to a halt as the storm devastated the Carolinas.

Duke Energy’s Robert Combs remembered vividly how he couldn’t even make it to the city that day.

“I remember driving several different routes trying to get to downtown and each route I took, I ran into trees across the roads,” Combs said.

The storm smashed windows in many of uptown's skyscrapers and even destroyed some buildings.

As the storm made its way through the Charlotte metro, average wind speeds were still in the Category 1 range with gusts up to 90 mph.

After the storm passed, Combs traveled around to assess the damage, which was catastrophic. Billions of dollars in damage was done, with Hugo destroying 80,000 trees in one fell swoop. The storm is also reported to have claimed the lives of 37 people in the Carolinas.

“Piles and piles of debris where homeowners had been trying to clear out their yards,” Combs said. “And a lot of the things that were really interesting to me were that neighbors were really helping neighbors.”

Crews worked for weeks to remove the debris directly caused by Hugo.

Combs recalled people were happy to see Duke’s crews, knowing power would soon be restored and the fallen trees removed. But for some, that was a long time coming.

“You could not see any lights on, it was just dark,” Combs said. “And if you were out at night, your whole entire neighborhood was dark, (and) that was a week later.” 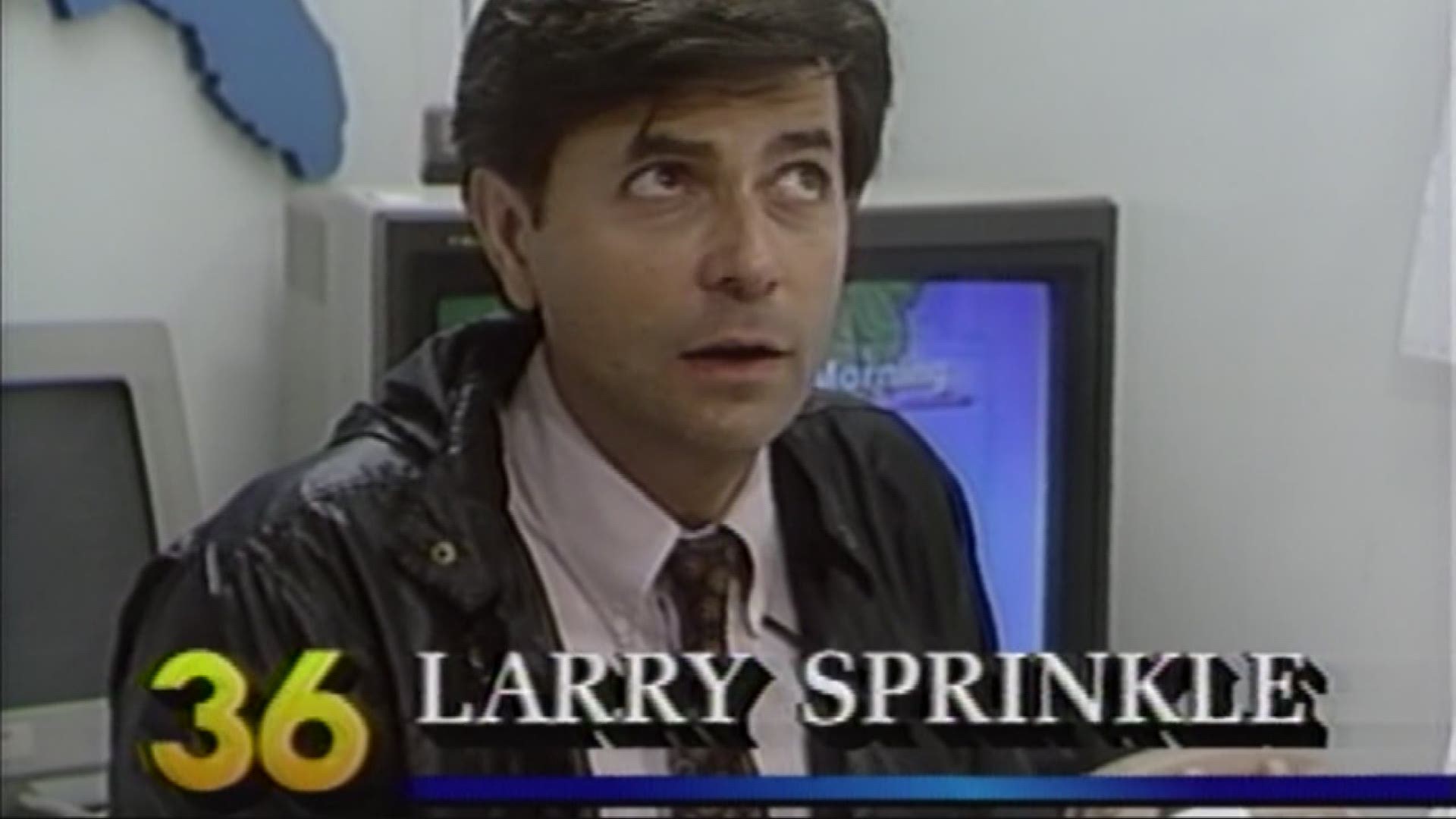 The night before Hugo was expected to impact the Carolinas, NBC Charlotte’s Larry Sprinkle said he was on his way home from a station event when his instincts told him to check on the status of the storm.

After the system made landfall near Charleston, S.C., it began to work its way inland. This immediately raised the level of concern.

"Hurricanes don't come this far inland," he said. "They don't come to Charlotte, North Carolina. Well, they hadn't until then."

Sprinkle recalled being on the air as the storm battered the Queen City and the surrounding area when a huge part of the ceiling collapsed.

“There was a 500-pound chunk of ceiling material that fell maybe 15 feet away from me,” recalled Sprinkle, who crawled on his hands and knees from the studio after the collapse.

“Our anchor at the time, Rick Jackson, said, 'We’ll come back to Larry in a moment,' but there was a just an empty chair where I had been sitting," he said. "It took me less than thirty seconds to crawl on my hands and knees, out of the studio, and into the hallway.”

“This was a once-in-a-lifetime event,” Sprinkle continued. “I remember doing weather segments outside and you could hear trees falling in the woods outside the station. You could see the bright blue flash of transformers exploding, then you’d just see darkness as the power went out down the street.” 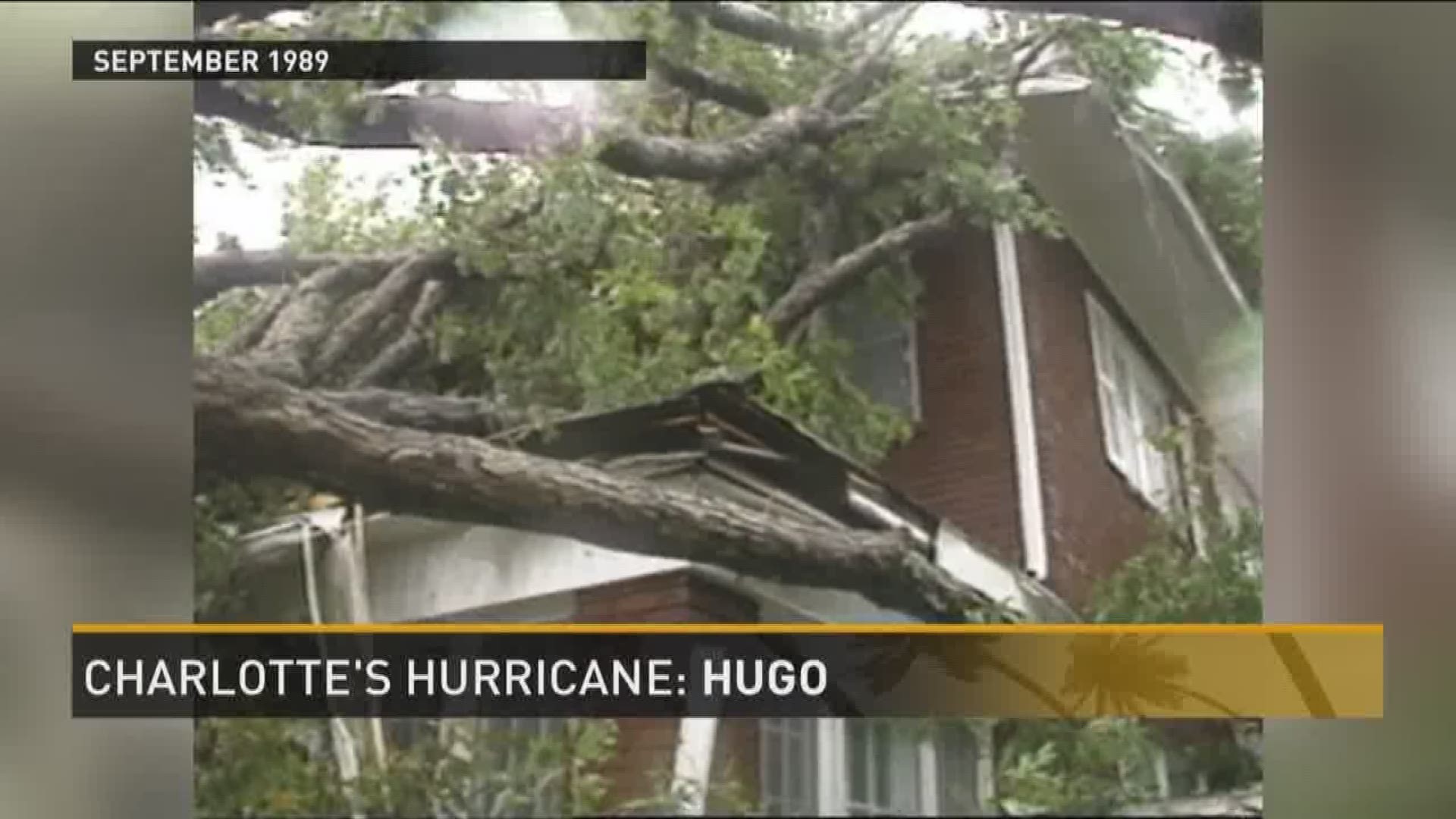 After Hurricane Hugo caused at least 86 deaths and upwards of $10 billion in damages 30 years ago, the World Meteorological Organization retired the name. There would never be another Hurricane Hugo.

When the list was used again in 1995, Hugo had been replaced by Humberto. It was the only change to that list since the 1989 hurricane season.

RELATED: Hurricane Hugo 30th anniversary: Remembering the storm all others are compared to

RELATED: Forecasting is a new science since Hurricane Hugo 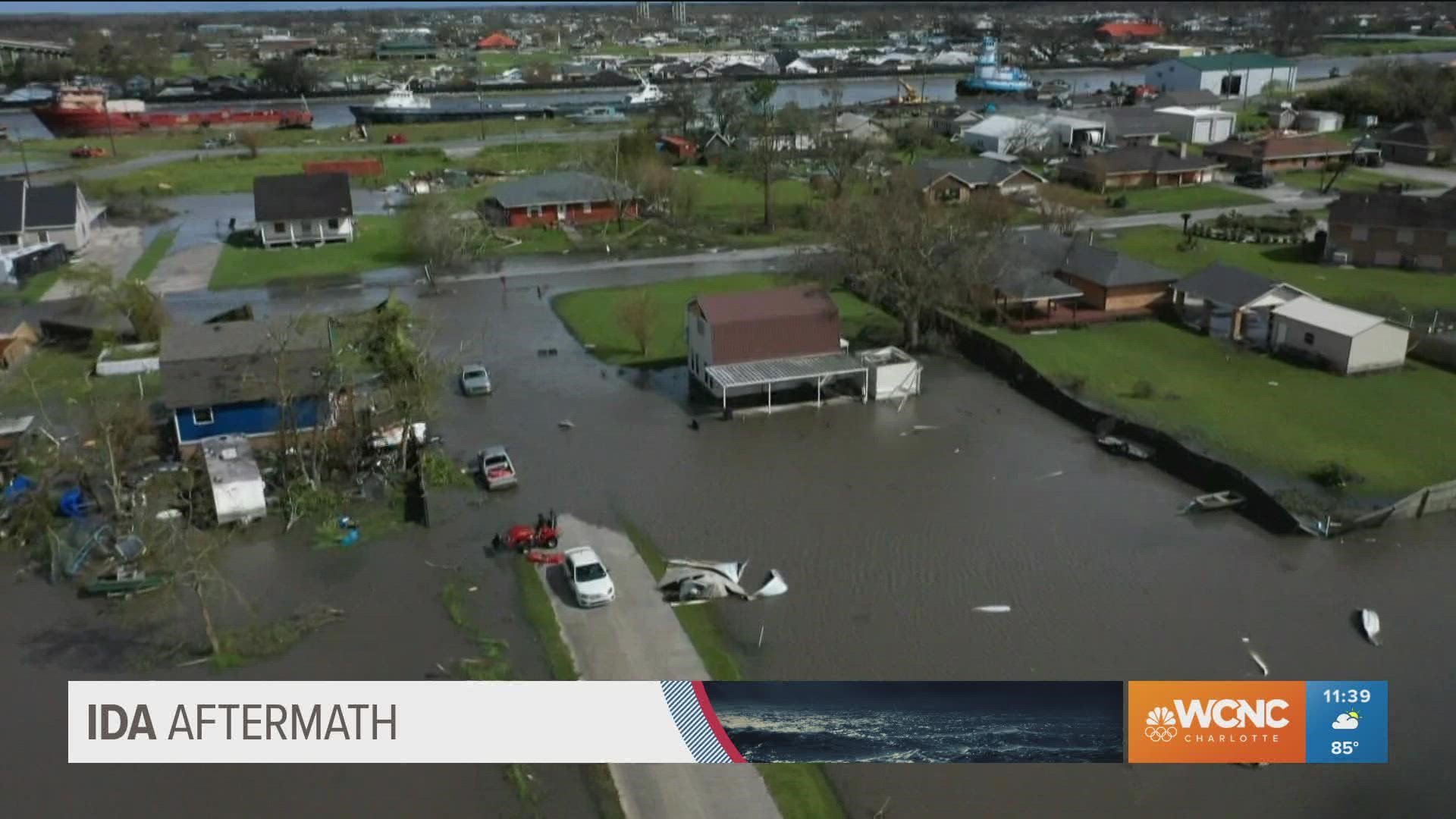