Severe weather across the Carolinas Monday caused this Alexander County mother and her child to go running for safety. 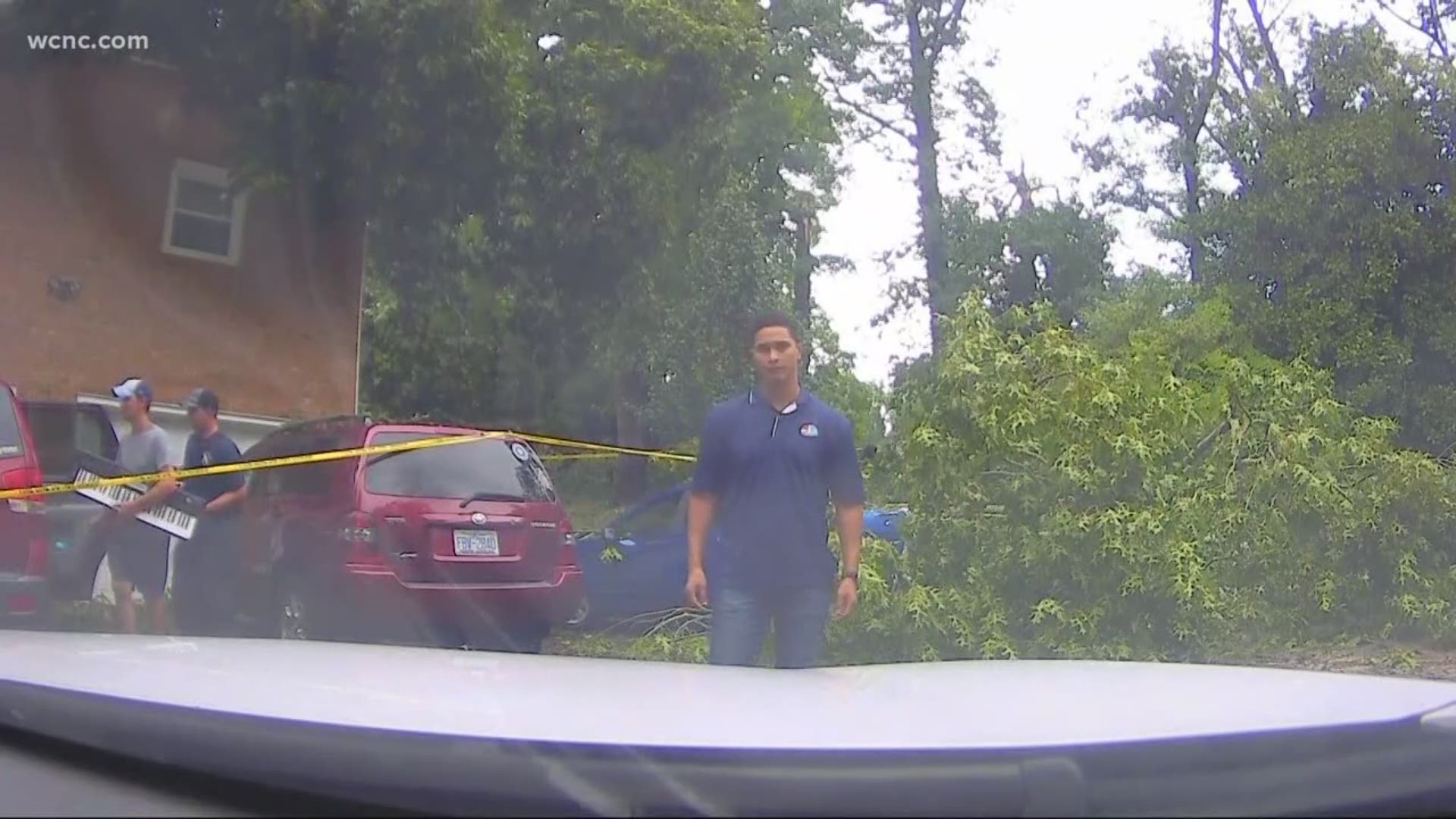 ALEXANDER COUNTY, N.C. — An Alexander County, North Carolina mother had only seconds to spare as she grabbed her sleeping child and ran for cover during Monday evening's severe thunderstorms. Moments later, a tree came crashing down on their house causing a partial roof collapse and window glass to shatter across the home.

"I heard one limb fall so I grabbed my son out of his crib," she told NBC Charlotte. "As soon as I picked him up, the windows shattered, the dining room ceiling fell in, and I knew that something was wrong."

Radar estimates winds near 70 mph at the time. Winds that strong would be nearly equivalent to a category one hurricane.

A line of severe thunderstorms was moving west to east from the mountains, through the foothills, and into the Charlotte Piedmont region Monday evening.