Here are the most historic hurricanes to hit the Carolinas

As the WCNC Charlotte team tracks three active systems, we take a look back at when the Carolinas have seen the worst storms. 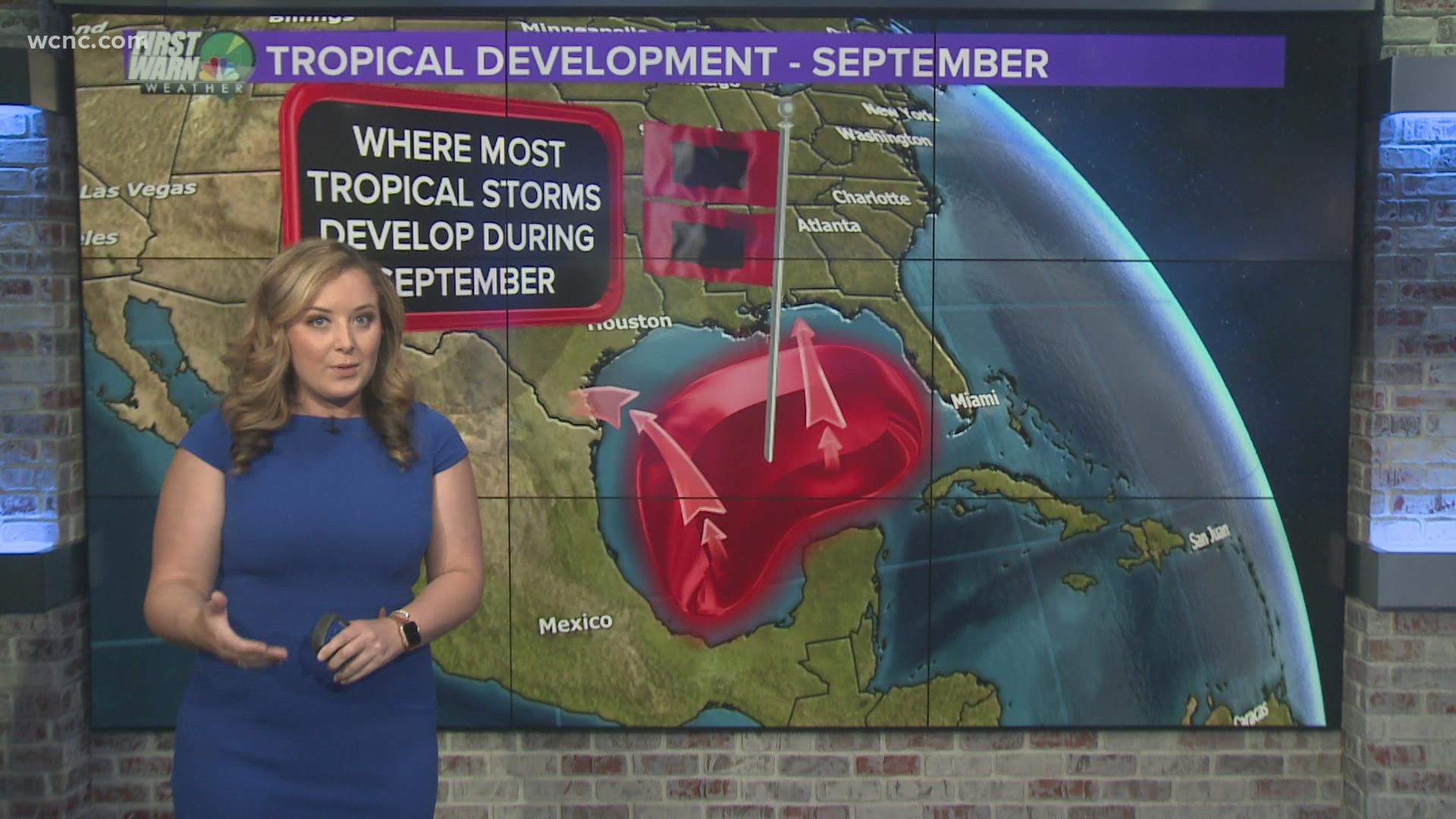 Over 60% of all hurricanes occur in the months of September and October. Here in the Carolinas, some of the worst storms in our history have developed not only during these months but after the peak.

Hurricane Diana became a hurricane on Sept. 10 but officially made landfall three days later around Wilmington, North Carolina, with maximum sustained winds of 100 mph. Diana had a unique path as the storm looped back through North Carolina, bringing additional flooding.

There were 44 tornado reports across South Carolina, North Carolina and Virginia due to the storm. The maximum rainfall total reported was almost 36" of rain in Elizabethtown, North Carolina. A report from the National Hurricane Center stated Florence resulted in 22 direct deaths and was also associated with 30 indirect fatalities.

RELATED: Tracking the tropics: A look back at Florence

Hurricane Floyd made landfall near Cape Fear, North Carolina as a Category 2 storm with winds gusting over 110 mph. The hurricane brought 10-15 feet of storm surge with a peak around 18 feet.

The rainfall from Floyd led to unprecedented and catastrophic flooding across the Carolinas and the Mid-Atlantic states. A large amount of eastern North Carolina got over 20 inches of rain as the storm shifted north.

Hurricane Hugo is the strongest hurricane to ever make landfall in the Carolinas. The storm made landfall around midnight on Sept. 22, 1989, near Sullivan's Island, South Carolina.

Peak winds around Charleston, South Carolina, were estimated to be between 135 and 140 mph. Hugo was a devastating storm that caused a 20-foot tide along the coast. The forward speed Hugo had at landfall allowed hurricane-force winds to spread across most of the Carolinas, including the Charlotte area.

When a Carolinian talks about Carolina hurricanes, Hugo is likely the name mentioned first.

Before Hugo, Hurricane Gracie was the last major hurricane to strike South Carolina. Studies later reanalyzed Gracie to be a Category 4 storm at landfall, with winds over 130 mph. Ten people died in South Carolina and Georgia.

On Oct. 8, 2016, Hurricane Matthew made landfall near McClellanville, South Carolina, but continued to ride along the coast slowly. Matthew was a weak Category 1 hurricane as it moved inland.

Matthew is better known for its long-term, widespread flooding than its intense wind speeds. The Waccamaw River reached a record crest of 17.90 feet in Conway, South Carolina, shattering the old record set in 1928 that was caused by Hurricane Okeechobee.

Hurricane Hazel made landfall on this date right along the North and South Carolina coastal border. The storm surge created was the worst ever recorded at the time in North Carolina. Storm surge inundation of over 12 to 18 feet affected a large chunk of the coastline tragically at high tide.

Although we have seen storms of this magnitude in the past, that doesn't necessarily mean we'll see one anytime soon.

But it is important to pay attention to where we are on the calendar and remember, we have a long way to go in the 2021 hurricane season.

RELATED: As Hurricane Larry parallels the U.S. east coast, two other areas have a high chance for development

Click here for what's currently happening in the Atlantic Basin. 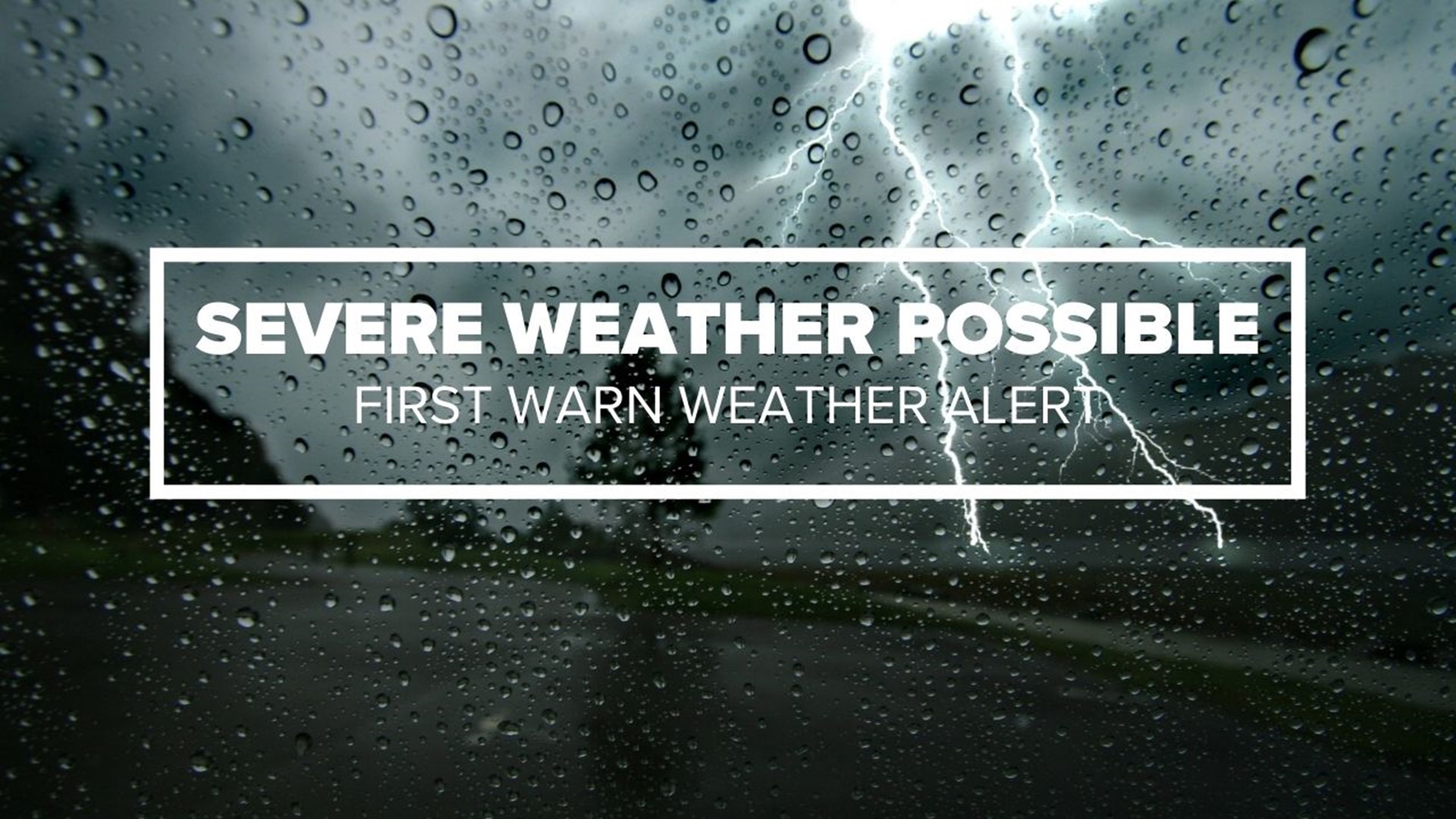