Sam, a powerful Category 4 hurricane in the Atlantic

Tracking fourth major hurricane of 2021. Plus, three other areas to watch for tropical development. 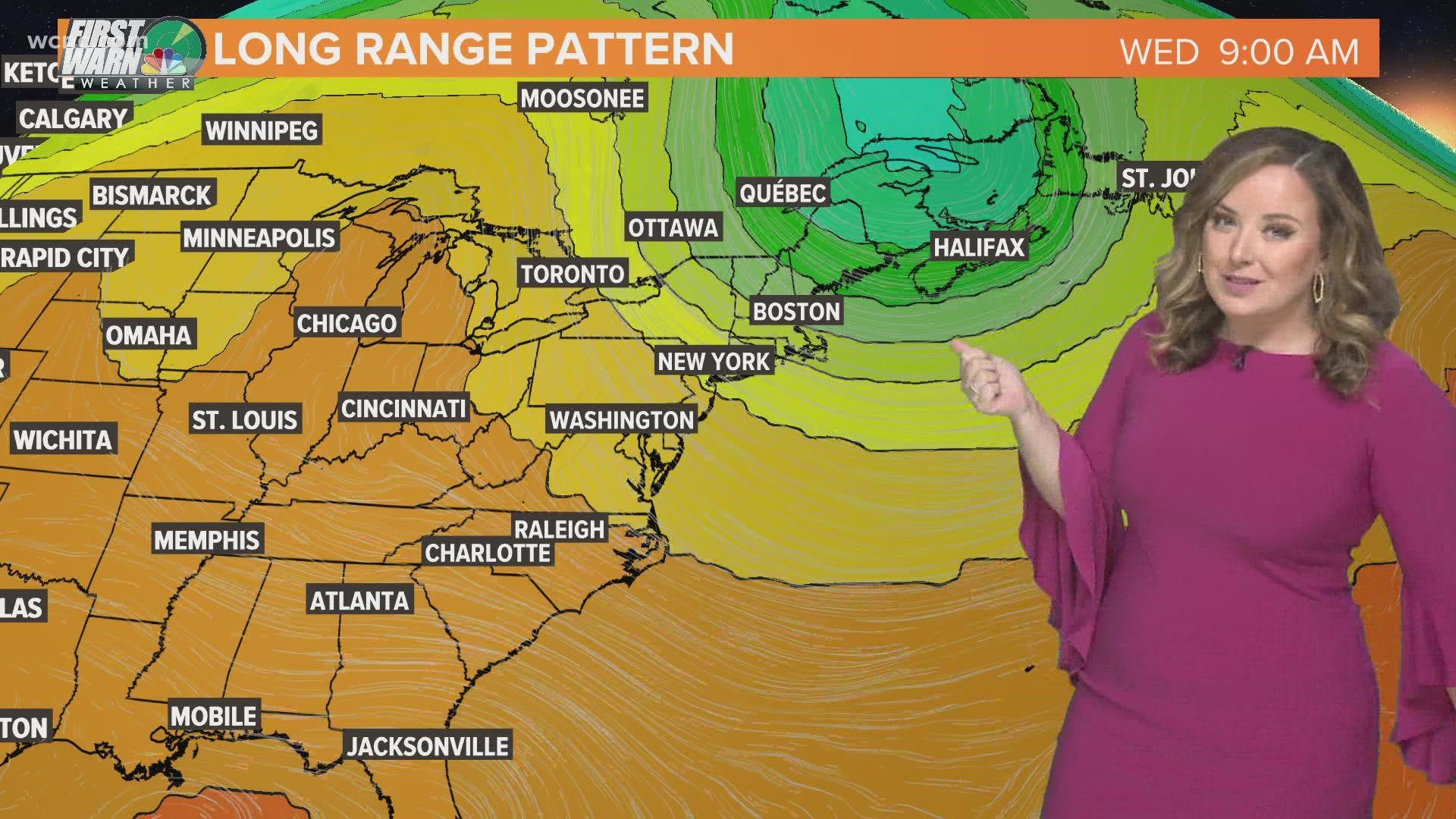 CHARLOTTE, N.C. — Hurricane Sam continues to maintain its major hurricane status in the Atlantic. Sam rapidly intensified to a major hurricane during the weekend. The fourth major hurricane of the season latest advisory shows maximum sustained winds of 145 mph as it moves to the northwest at 7 mph. Rapid intensification is defined as a wind increase of 35 mph or more over a 24-hour period.

Long-range forecast models indicate a strong trough of low pressure will keep the storm away from the United States east coast.

Depending on how strong the storm eventually becomes and how close it tracks, the swells could increase our rip current risk slightly along the eastern seaboard. You can trust the WCNC Charlotte weather team to keep you updated on any changes.

Other than Sam, there are three areas of interest to watch. A low pressure system associated with the remnants of Peter is located southeast of Bermuda. There is a small, limited potential for development over the next 5 days.

Eventually, strong wind shear looks to break this system apart. This is no threat to the United States.

There are two tropical disturbances in the central-east Atlantic Ocean. The first is a broad area of low pressure moving westward. Slow, gradual development (70%) is possible over the next few days.

Lastly, we have a new tropical wave expected to move off the west coast of Africa on Monday. Right now, the National Hurricane Center is giving it a 70% chance of development.

RELATED: Here are the most historic hurricanes to hit the Carolinas