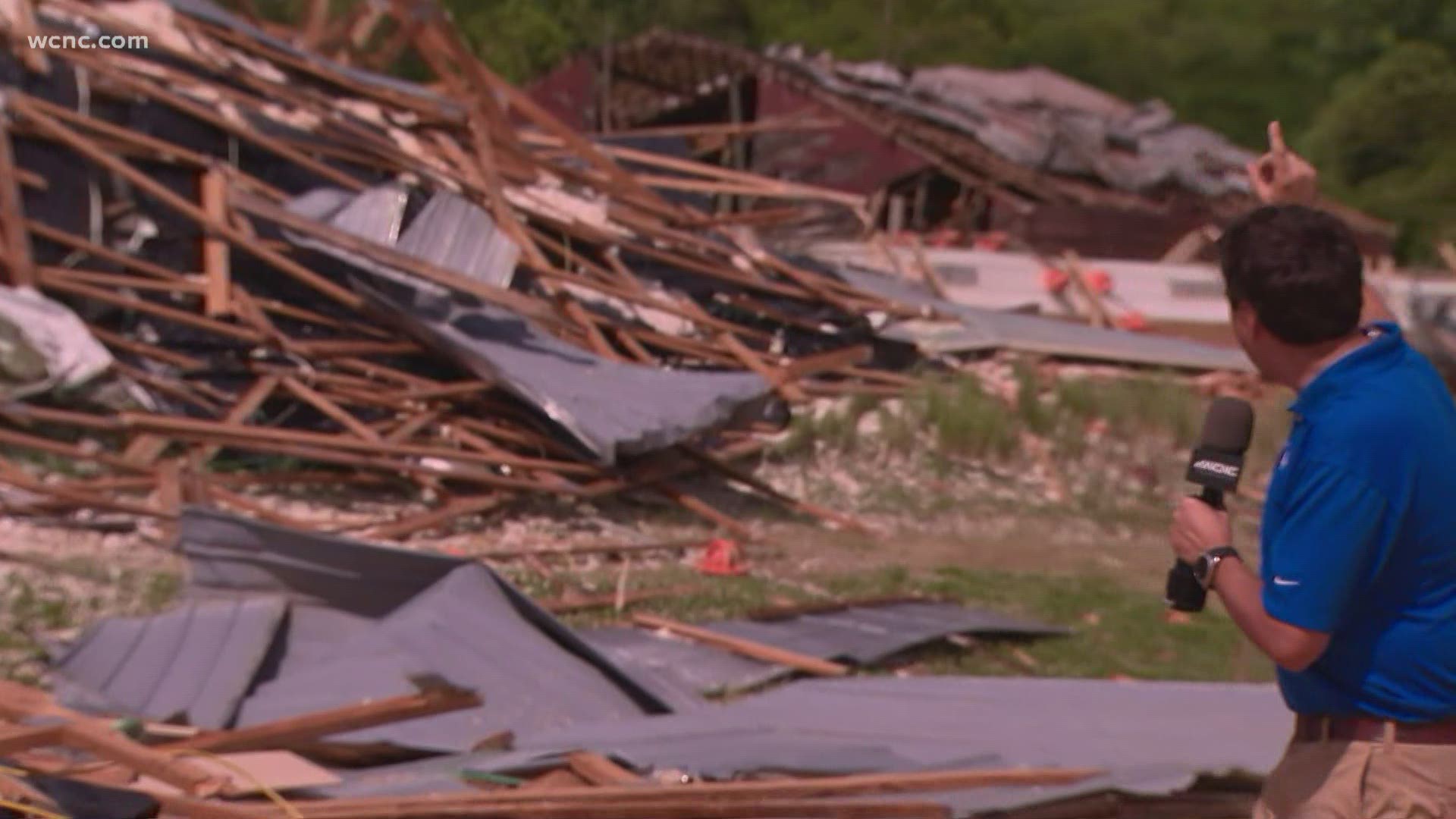 The tornado warning Monday popped up quickly around 12:40 p.m. which did not give residents much time to seek shelter. The radar looked ominous and at one point I noticed what looked like debris being lofted on the radar. This is one of the features of dual-pol doppler radar that you can see objects actually being lifted by the radar when you have a tornado.

**UPDATE** An EF-1 tornado with winds near 110 mph hit the Biggars Turkey Farm on Monday this is after a preliminary damage survey today by the National Weather Service. #cltwx #ncwx #scwx #wcnc pic.twitter.com/sV1v1ZSVQU

So this appeared to be a confirmed tornado, but a weird thing happened. We didn't hear about any damage or get any reports from anyone of seeing a tornado or seeing any damage.

That was until about 9:51 p.m. later that evening when I got a message from Robby Glenn at the Biggars Farm on Highway 55 in York county. He sent me an amazing photo his uncle took of what was clearly a tornado hitting behind Robby's house. I literally jumped up at my computer as he then sent me the damage video.

Likely tornado hitting a farm on the west side of Clover, SC today around 1pm. The farm had lots of damage. #scwx @NWSGSP via Robby Glenn pic.twitter.com/jeaZagnrhx

I knew this was the exact location of the earlier tornado warning and the exact location of where I saw the debris on the radar. Robby and I messaged back and forth and he showed me more damage and I told him I'd send all the information to the National Weather Service in Greenville-Spartanburg.

They were shocked as well, and this was the first they had heard about any damage. They had even asked the York County emergency manager if they got any reports and they got none.

So I told Robby I wanted to come out and survey the damage and he graciously allowed me to come out Tuesday morning. I drove the 55 minutes out to the farm and brought my drone to take a closer look.

The damage was more than even I expected. 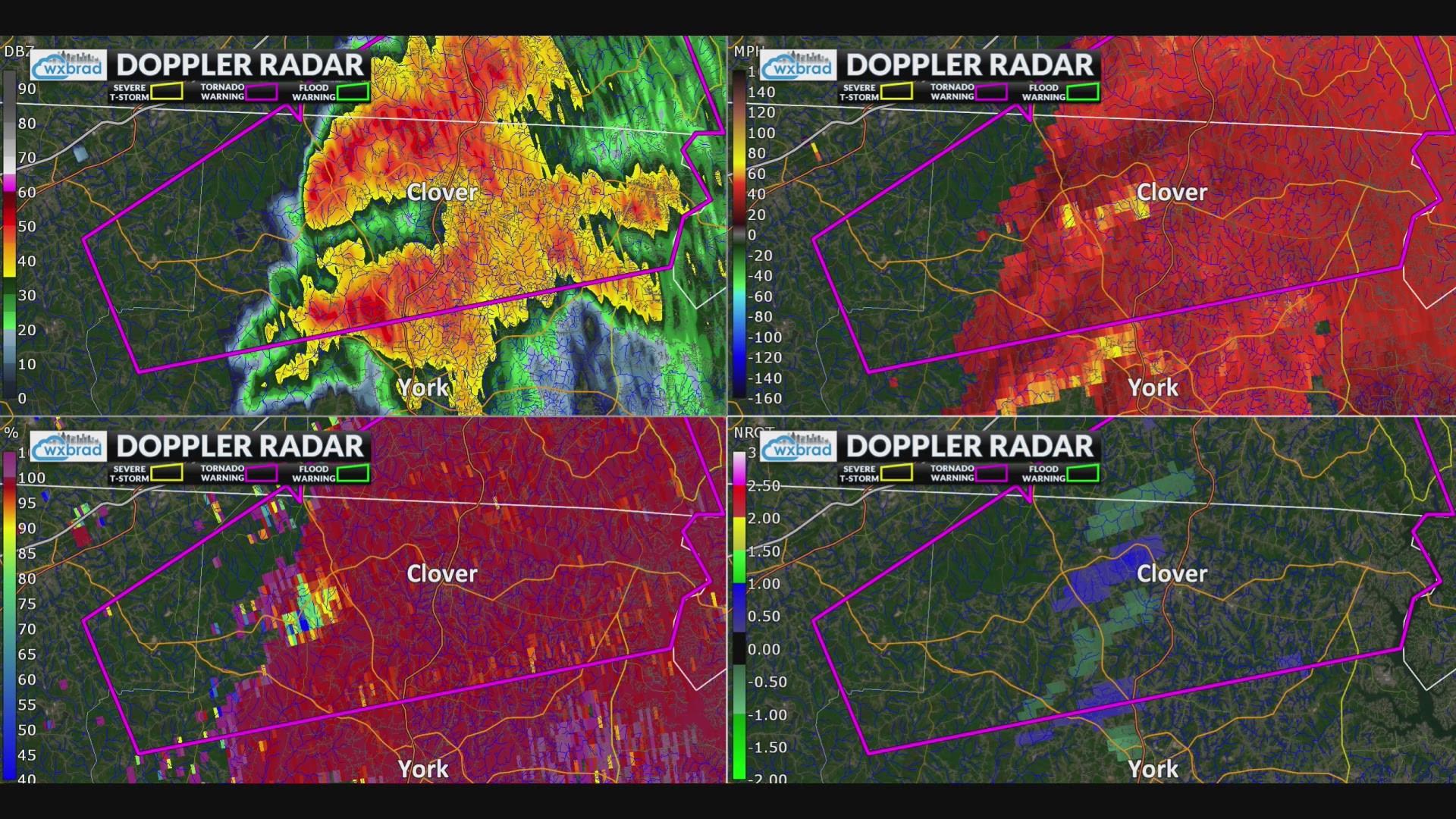 I rode all over the property, looking at tree after tree down, and the large turkey houses absolutely exploded. The sheets of tin were wrapped around trees and hanging 20-30 feet up in some other trees.

No one was injured thankfully but they did lose approximately 4,000 turkeys and what I thought initially was insulation all over the grass was actually feathers.

Before and after tornado damage west of Clover, sc yesterday. pic.twitter.com/viGyLQ1CmY

The amazing thing about the visit was that their neighbors and family were all there helping to clean up.

This is why we only heard about it when Robby sent me the photos because you know in a small tight-knit community that's what family and friends do. They help each other and don't really make a big deal about it.

RELATED: Thousand without power after storms