What is a Mesocyclone?

A mesocyclone is the rotating part of a strong/severe thunderstorm. When this is present, a tornado is probable. 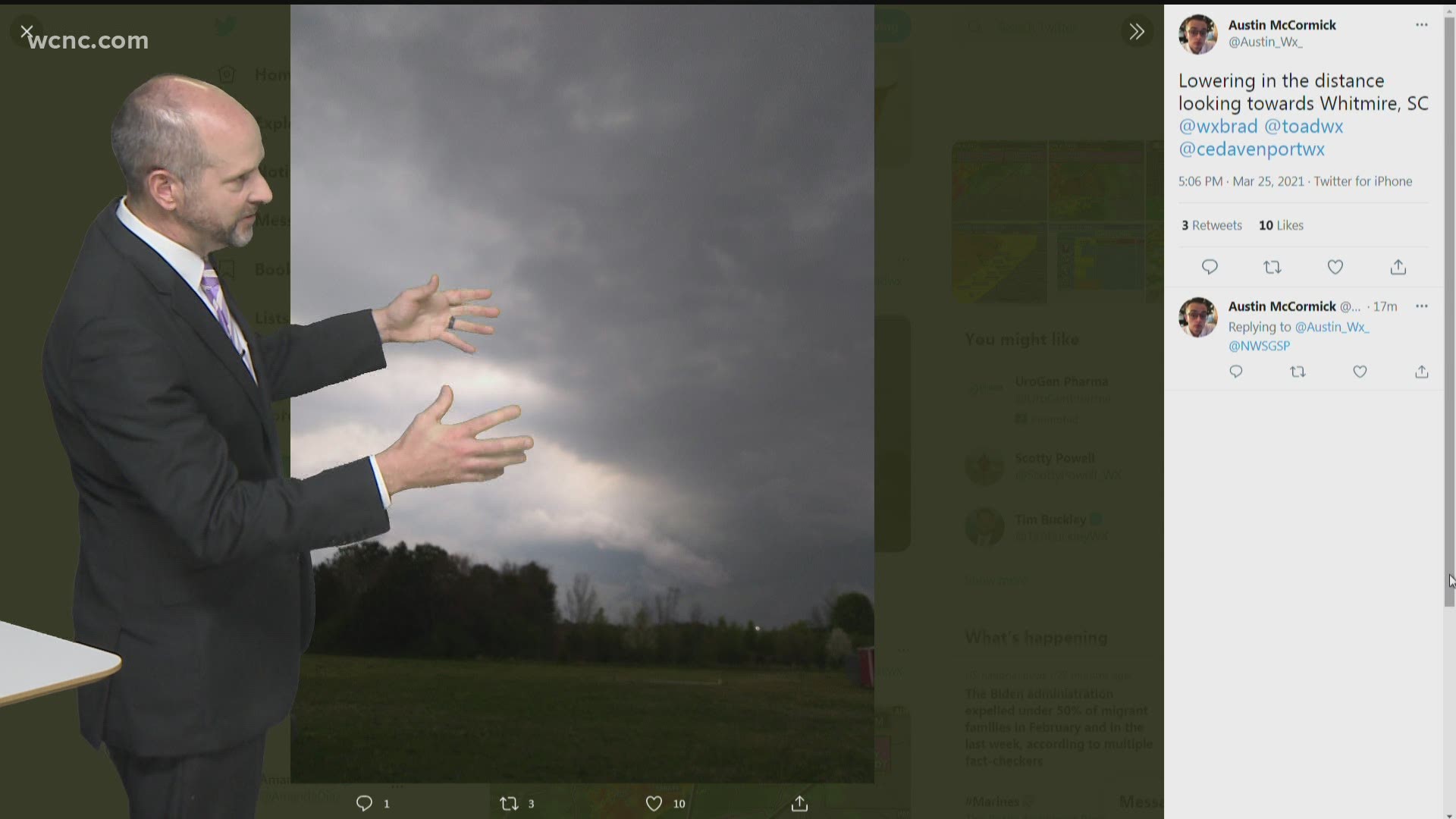 What is a mesocyclone?

A mesocyclone is not something you hear all the time, but when your local Meteorologist says it, that likely means there is a tornado warning or we have rotating strong thunderstorms.

A mesocyclone is a rotating part of a thunderstorm or more technically the storm-scale region of rotation. This area can range up to 2-6 miles but EF4 and EF5 mesocyclones can be 6-10+ miles in diameter.

Often times heavy rain and the hail core will pass by as a precursor and warning before a tornado arrives. Here is a classic look at a supercell.

The mesocyclone we are mentioning can be found around the updraft and as you can see is on the backside of the storm. The stronger the updraft is the stronger and taller a thunderstorm will be. But in order to get a storm rotating several things need to align.

A tornado can form in any part of the mesocyclone. Once you have that lowering rotating, multiple vortices can form within it. The stronger the rotating gets, the wider the tornado can get and the longer it will remain on the ground.

How a mesocyclone forms:

The first ingredient you need for tornado-genesis or for a mesocyclone is wind shear (the change of wind speed and wind direction with height. So with a stronger wind above our heads, this starts to spin the atmosphere horizontally. This spinning horizontal column of air is our mesocyclone.

As an updraft forms through the mesocyclone, the rotation is pushed vertically and starts rotating around the updraft. This is what we would see on the radar. This vertical tilt will continue to intensify the thunderstorm or now supercell.

Next, a portion of the thunderstorm will lower forming a wall cloud. We always say, if you see a rotating wall cloud that is when you need to get indoors immediately.

This wall cloud is the bottom of the mesocyclone and can also be known as the "Bears Cage" when precipitation wraps around it. You do not want to go into the bear's cage.

A tornado can form anywhere with the cage or the mesocyclone. The cage refers to a wall of precipitation that surrounds the rotating updraft. This is a storm chaser term because once you enter into the bear cage you are flying blind. Once you go into it, you could be blindsided by the bear or tornado at any moment. If the rain has not fully wrapped around the cage, then a storm chaser would be able to see the tornado visibly beneath it from a distance. A majority of storm chaser deaths are from being surprised by a tornado that is lurking in the rain.

RELATED: What is a 'QLCS'? The common cause for most of the tornadoes in the Carolinas