Rock Hill's Mural Mile initiative aims to transform 8 areas in and around the city to bring life to community by 2021. 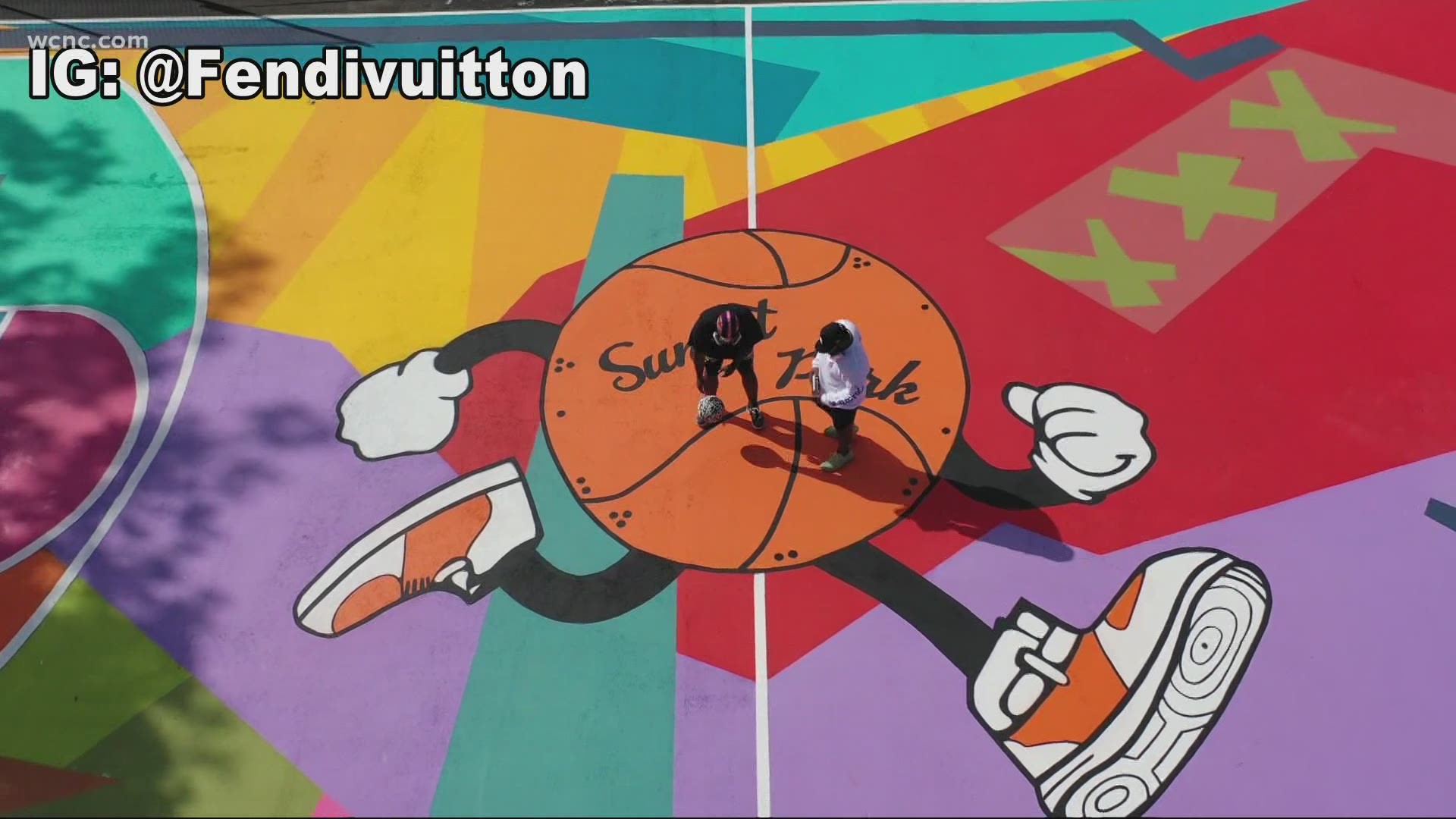 ROCK HILL, S.C. — “Growing up playing on this court we never had any lines on it."

It’s a basketball court in the middle of a tight-knit community.

“We used to put sticks and rocks down and say hey this is the three-point line if you hit from back there that’s a three," local artist Garrison Gist said.

“The park is like a landmark to this neighborhood, I would say," Gist said.

Gist, who grew up at his grandmother’s house not too far from Sunset Park, was selected by the community to revitalize the Rock Hill court through the city’s Mural Mile initiative.

“We just want to show that it's cool, it’s a funky place that more is coming and it’s a great place to shop eat to experience arts and culture," City of Rock Hill Evan Goetz said.

The goal is to liven up neighborhoods with art in and around the city by the end of 2021.

But with Sunset Park's abstract images already lighting the neighborhood the community already feeling a better sense of home and community at a time where it’s needed most.

“They were right there with him and just encouraging him through the entire process," Josh Ugwuneri  said “You have a colorful court that will engage a lot of kids to come outside and play and just get away from the dull environment that they’ve sort of been used too.”

A colorful change giving a win to the community.

“You see stuff like this in huge cities like NY LA ATL but for them to say hey I got a cool painted basketball court in my neighborhood in little old Rock Hill in Sunset Park that would mean the world to them," Gist said.

RELATED: Charlotte Murals: A self driven art tour in the Queen City