This time, the dragon helped extinguish a fire. 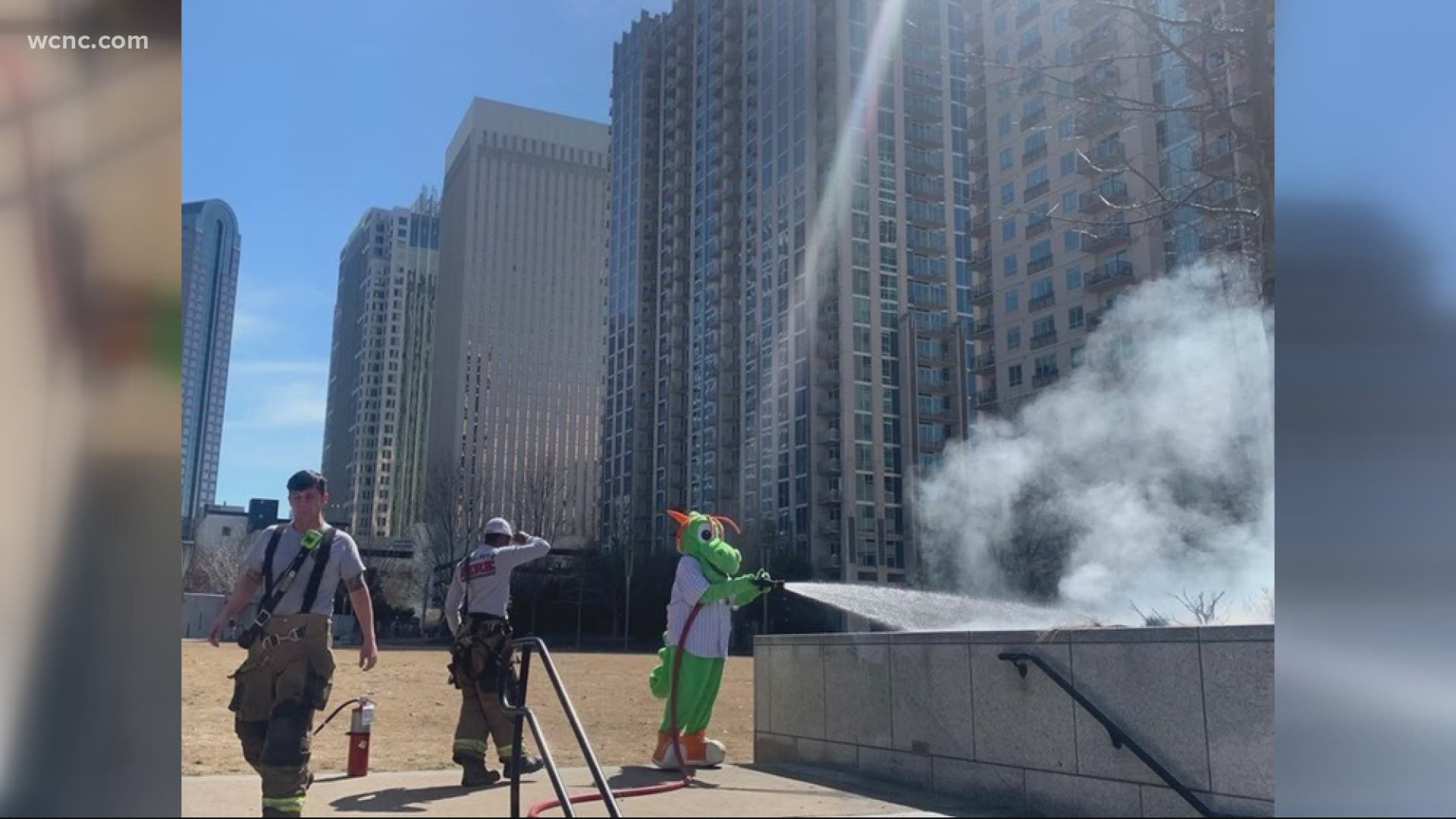 CHARLOTTE, N.C. — The Charlotte Knights mascot Homer the Dragon flipped the script Tuesday: he helped put out a fire.

When a small brush fire broke out in a flower bed near Truist Field and Romare Bearden Park, the Charlotte Fire Department said, "Homer was in the neighborhood and assisted Charlotte Fire Engine 4 with putting the fire out."

Walter Hawkins, who shared photos of the event with WCNC Charlotte, said he was at Romare Bearden park Tuesday around noon when he noticed the fire. Hawkins said while waiting for a fire engine to arrive, multiple people stopped to help -- among them, Charlotte's favorite dragon.

Homer the Dragon told WCNC Charlotte he was shooting a video in the team store when the team store manager noticed a fire across the street. Homer ran over, and when he noticed an extinguisher in use had emptied, he said he knew it was time to step up.

At that point, Homer said they pulled the pin on their extinguisher, working to get the fire out. When Engine 4 pulled up, Homer said the firefighters had big smiles and let Homer use the fire hose to cover the fire in water.

"I’m so thankful for the brave citizen that started putting the fire out, those that called 911, and the Engine 4 crew!" Homer said in a statement. "It was an honor to protect and serve the neighborhood and city that I love."