'Don't just talk about it, be about' | Esther's Heart helps feed children across the Charlotte area

Esther's Heart Ministries is a volunteer nonprofit that helps feed children and families in Cabarrus County and the Charlotte area. 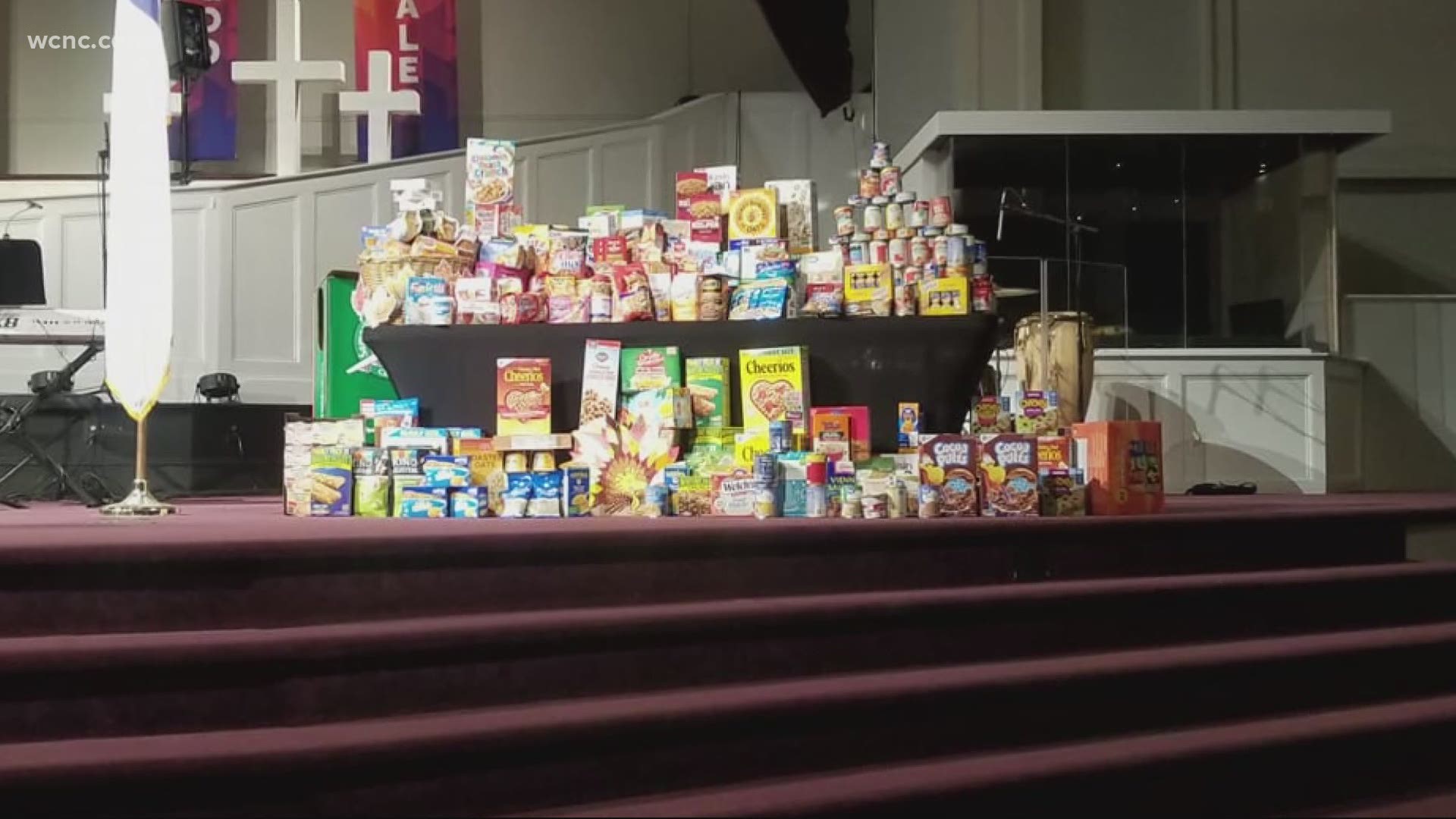 CONCORD, N.C. — Andrea King is the founder of Esther's Heart for Transformation Ministry.

"Most people in the community know me as Ms. Esther, but that's not my government name," King said.

Esther's Heart for Transformation Ministry comes from Esther in the Bible.

"She went before the king without permission because of her love for her people," King said. "That's our heart; we love people."

And so Esther's Heart was born.

"When they do not have nutrition over the weekend, it takes their brain up to Wednesday to catch up where they were Friday," King told WCNC Charlotte's Sarah French.

Esther's Heart volunteers are out at the zMax Dragway every other week packing food and meals in backpacks for kids, and it all started with one youth.

"When our lunch buddy finished eating his food, he picked up his plate and licked it. And when we inquired why he was doing that, he said, 'Ms. King, I'm still hungry,'" King said. "Ten years later, that's what we've been doing. Over 49,000 weekend meal bags, eliminating the distraction of hunger."

"The community is counting on us, and I say God is counting on us to be his hands and feet," King said. "And so whenever we get the call, we serve the schools but we're also the emergency station. It's nothing for the schools to call and say we have a grandma that's now taking care of her kids they don't have food, [or] 'we have a homeless family they are in this hotel.' We box up, we take, we serve."

A lot of volunteer time and prayer has gone into making Esther's Heart what it is today. And King does it all!

"One of the main needs that we have now, we need another vehicle so we can have one for delivery and one for picking up donations," King said. "Just for the pandemic from March till December, we did 10,719 bags in that short amount of time.

RELATED: Charlotte charity feeds seniors to keep them aging in their own home

Help feed hungry children in the community. Esther's Heart Backpacks of Hope Program is in the Charlotte-Mecklenburg and Cabarrus County School Systems.