'What can I do to change the community?' | York officer leads movement to improve police relations

Part of Sgt. Pierre King's mission is to open a dialogue surrounding policing and bring unity among the neighborhoods he serves. 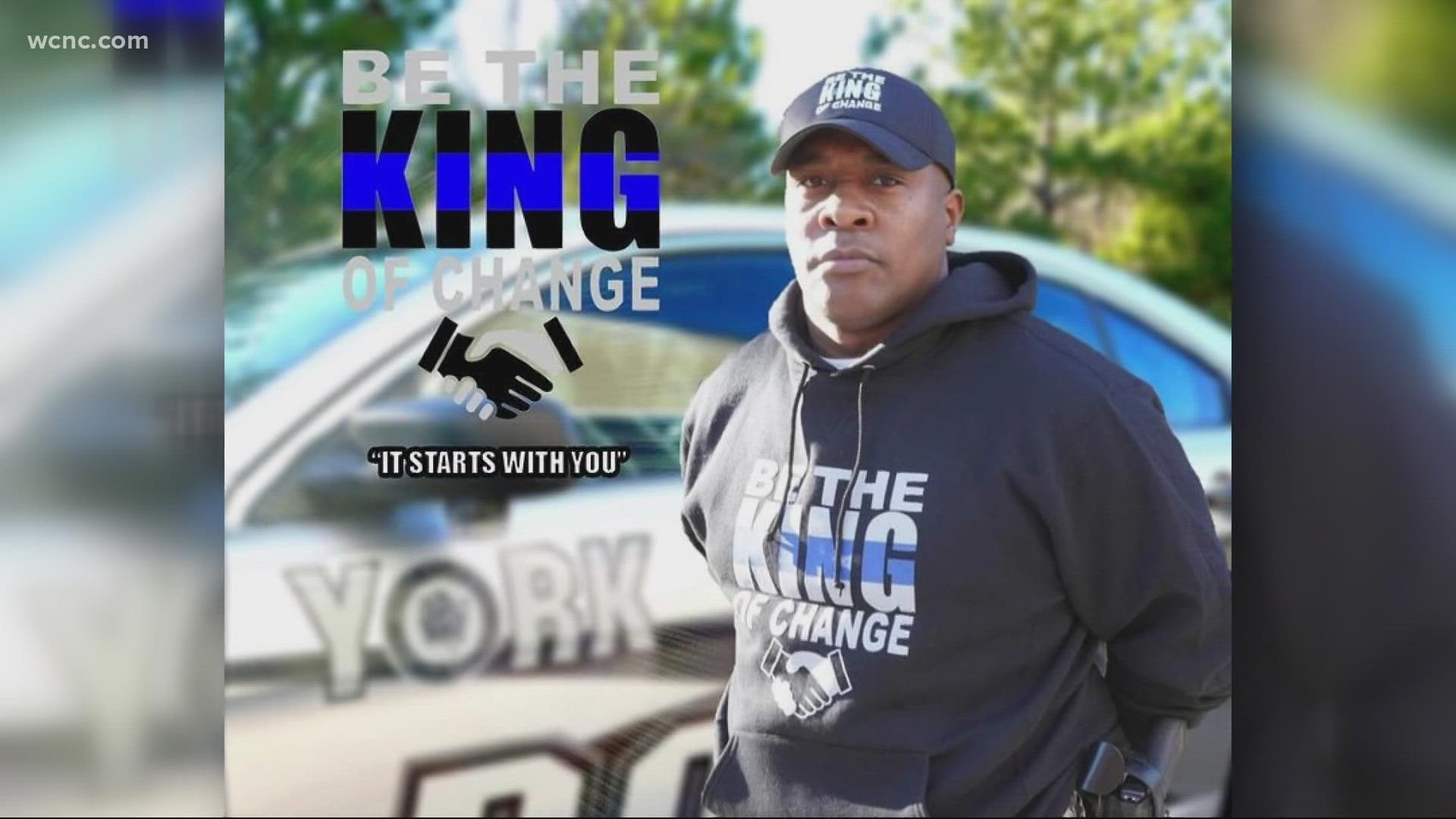 YORK, S.C. — A police officer in York, South Carolina, is leading the movement to be the change in his community.

Pierre King’s job title with York Police Department is sergeant, but to people in the community he serves, his last name means much more. He’s known as the “King of Change.”

He started leading by example over eight years ago by simply becoming a police officer.

“Let me be honest with you, when I was a young child, I was kind of nervous about becoming a police officer,” King said. “You know, I had friends that, and including myself, that weren’t too fond of police. I was nervous, scared, and I said, ‘what can I do to change the community?’”

Following George Floyd’s murder and the social justice movement over the summer of 2020, King felt called to do something.

He decided to create t-shirts with the message “Be the King of Change” printed on them, with a goal to bring unity between the community and law enforcement.

“We are out there to protect you, and I feel that you know if I can get this message out, and I can get a lot of people on board with it, it’ll let people understand, hey look, we all can be the king of change,” King said.

As soon as King had the t-shirts printed, he said the response from the community was overwhelming. He said people all over town started asking for one.

Robinson said he was all for the idea when King brought it to him and saw it as a way to reach out to the community and build trust.

“We’re not just about writing tickets and putting people in jail,” Robinson said. “We’re here to help the community, make the community a better place, and something like this actually goes out and shows, you know, what the officers really are all about.”

“I tell them all the time, ‘hey, if you want to be part of the change that you’re saying you’re distrusting us about, become a police officer. Join the force. We’d love to have you,’” King said.

Because the message has resonated with the community, King has expanded “Be the King of Change” into other merchandise.

King said he hopes the merchandise and meaning behind it spreads to other states across the country.