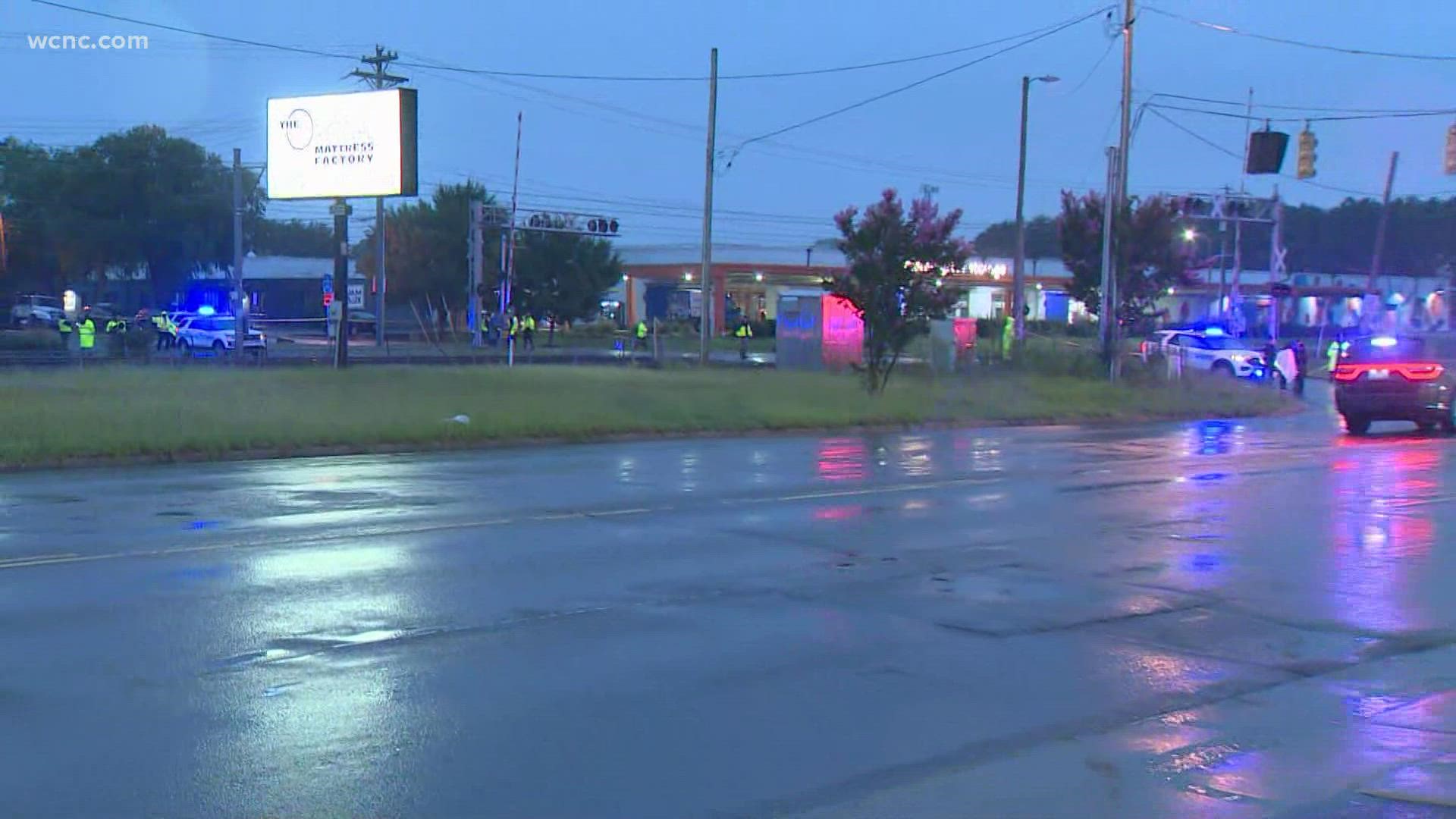 Charlotte-Mecklenburg police were called to a reported crash at the intersection of East Hebron Street and South Boulevard, near the light rail station just north of Sharon Road West, a few minutes after 5 a.m.

CMPD said in a news release that Pablo Tiquiram, 29, and Jose Chilambalam Tiquiram, 20, were pronounced dead at the scene.

CMPD said alcohol impairment is suspected as a contributing factor for the two people. "Additional information found through the investigation shows that the subjects had been conducting a memorial for Baltazar Tiquiram Us, who was killed in a crash with the CATS light rail train at this same location on 7/26/2021," investigators said in a statement.

RELATED: One person dead, another injured after vehicle crashes with light rail train

All safety mechanisms for the CATS line at this location were in full effect and working properly.

CMPD on scene at E Hebron and South Boulevard. Still working to confirm details surrounding what appears to be some sort of accident near the LYNX Blue Line. CMPD says it happened around 5:10 a.m. Medic says two people were pronounced dead on scene. pic.twitter.com/SozWRX96B0