Experts describe the week before July 4th as "Hell Week" 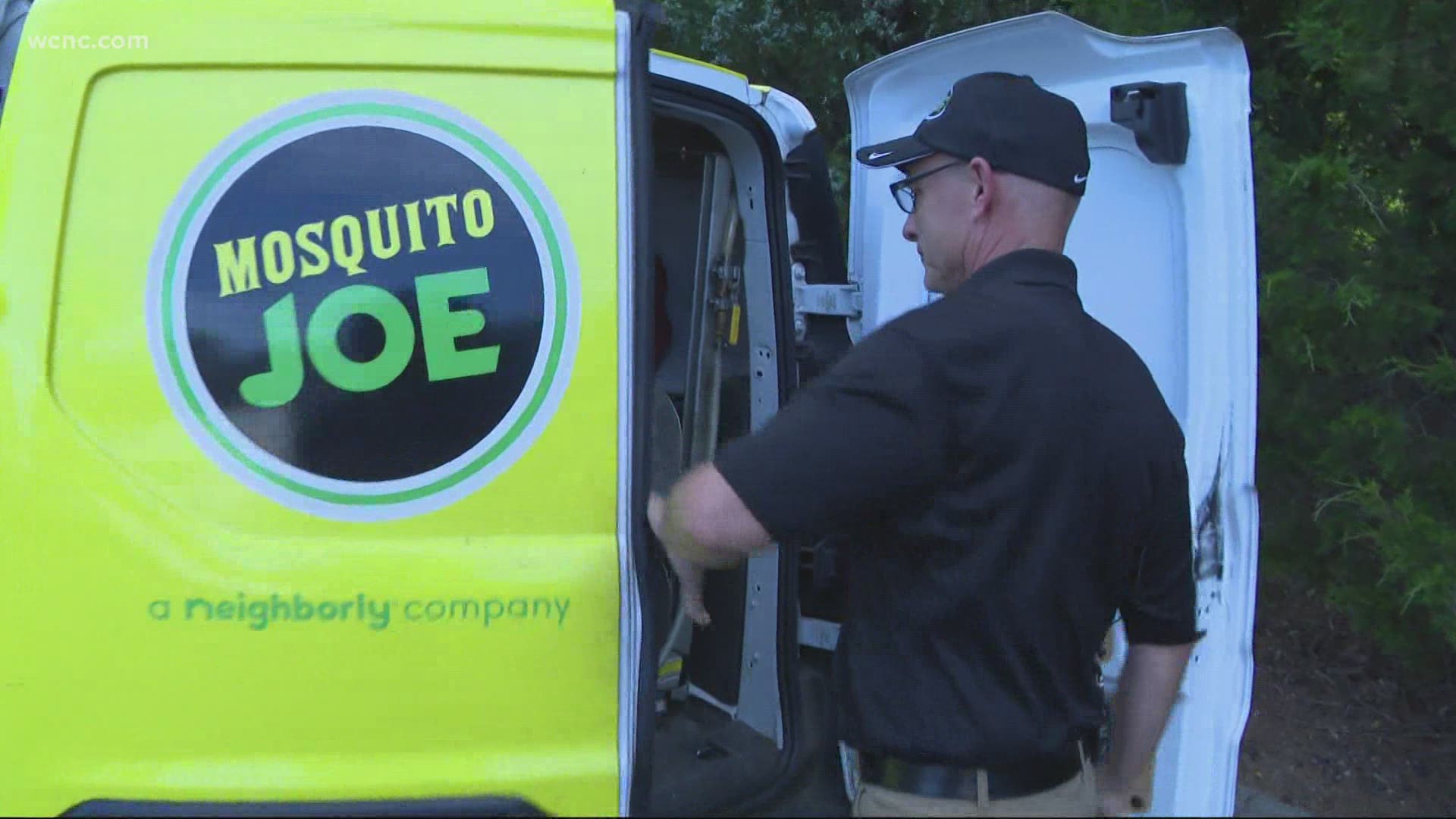 CHARLOTTE, N.C. — Rain is on the way this Independence Day weekend, and anytime that happens this time of year, we see an uptick in mosquito breeding.

"We're the ninth-worst city for mosquitoes in the country. That's based on a 2018 study, so we're pretty bad," explained Gary Tanguay, owner and operator of Mosquito Joe in Charlotte.

Tanguay says the nagging nippers are taking a toll on everyone outdoors in the Queen City with the nuisance peaking during summer months.

"What we find quite honestly is we find pockets areas within Charlotte heavier than other areas in Charlotte," Tanguay said. "There's more pressure in June, July and August than probably any time during the year."

It's why his staff will shift into high gear during the next few days leading up to this weekend -- a week he facetiously calls "Hell week". He says his company is one of many in the Charlotte area getting bombarded with calls. The demand creates a rush for his workers to find, fight and eradicate mosquitoes from people's properties before their big 4th of July Celebrations.

Tanguay says water makes the mosquitoes tick; the rain in the forecast could make his job tricky this year. Contrary to common belief it's not the actual rain event that attracts the disease-carrying insects, it's the puddles the storms leave behind.

"A female mosquito can lay up to 300 eggs in a cup full of water... If people don't take care of the water that's on the property then it becomes a breeding ground for them," Tanguay said.

The technicians at Mosquito Joe inspect -- looking for water in gutters, kids toys, spare tires and other areas on a property -- where water can collect. They use synthetic and natural pesticides to kill mosquitoes and create barriers every 21 days, which is the lifecycle of a mosquito. The goal is to make sure families have a pest-free Summer.

"Talk about making outdoor fun again, that's really all about," he said.