The magazine named Leah and Louise as No. 2 out of 23 restaurants featured from across the country. 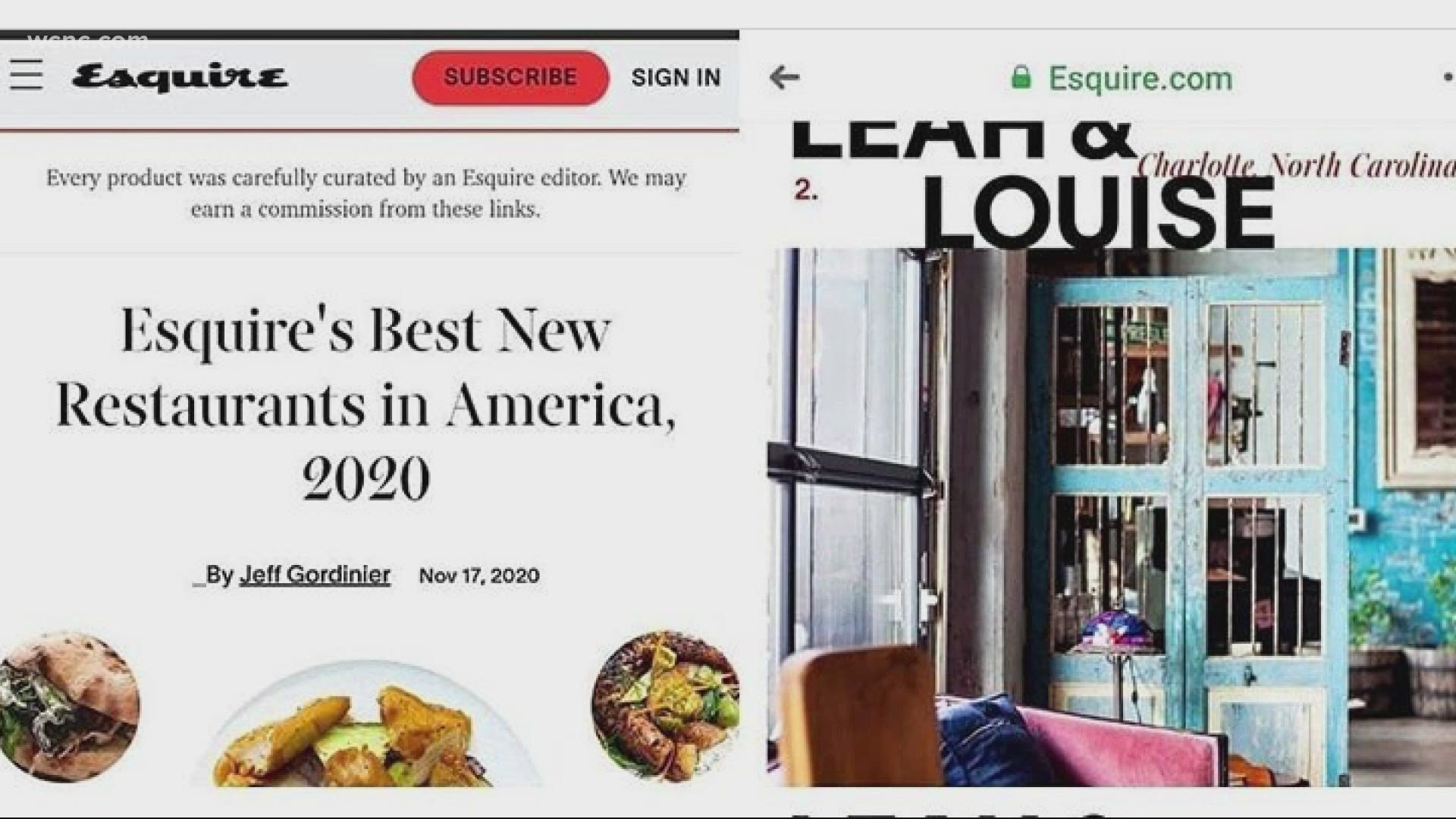 It was their message to themselves once they opened in the middle of the pandemic.

“It was tough to figure out but it’s what we do,” Gregory Collier said.

Now fast forward to five months later, Gregory Collier and his wife Subrina are seeing the fruits of their labor.

The Camp North End restaurant was just named one of the nation's best new restaurants by Esquire magazine.

The magazine named Leah and Louise as No. 2 out of 23 restaurants featured from across the country.

“I was happy," Subrina Collier said. "I was like, you’re number two and he’s like who is number one?”

The Black-owned juke-joint opened in June after COVID-19 put a halt to its original March opening.

If you haven’t been, the Memphis style menu features southern cooking with a modern twist. It was all inspired by chef Greg’s late sister and grandmother.

“Leah was more of the modern style of cooking and Louise, Greg’s grandma, was traditional,” Subrina Collier said.

Grilled okra, oxtail and dumplings, and braised chicken are just a few of the popular items on the menu.

“It’s also super, super southern — like I tell people we’re cooking Black food like for real for real,” Gregory Collier said. “We got chicken skins on the menu.”

It’s a menu set to give you the blues and booze while the owners look for the next best thing to continue to make a difference in Charlotte’s culinary scene, accolade or not.